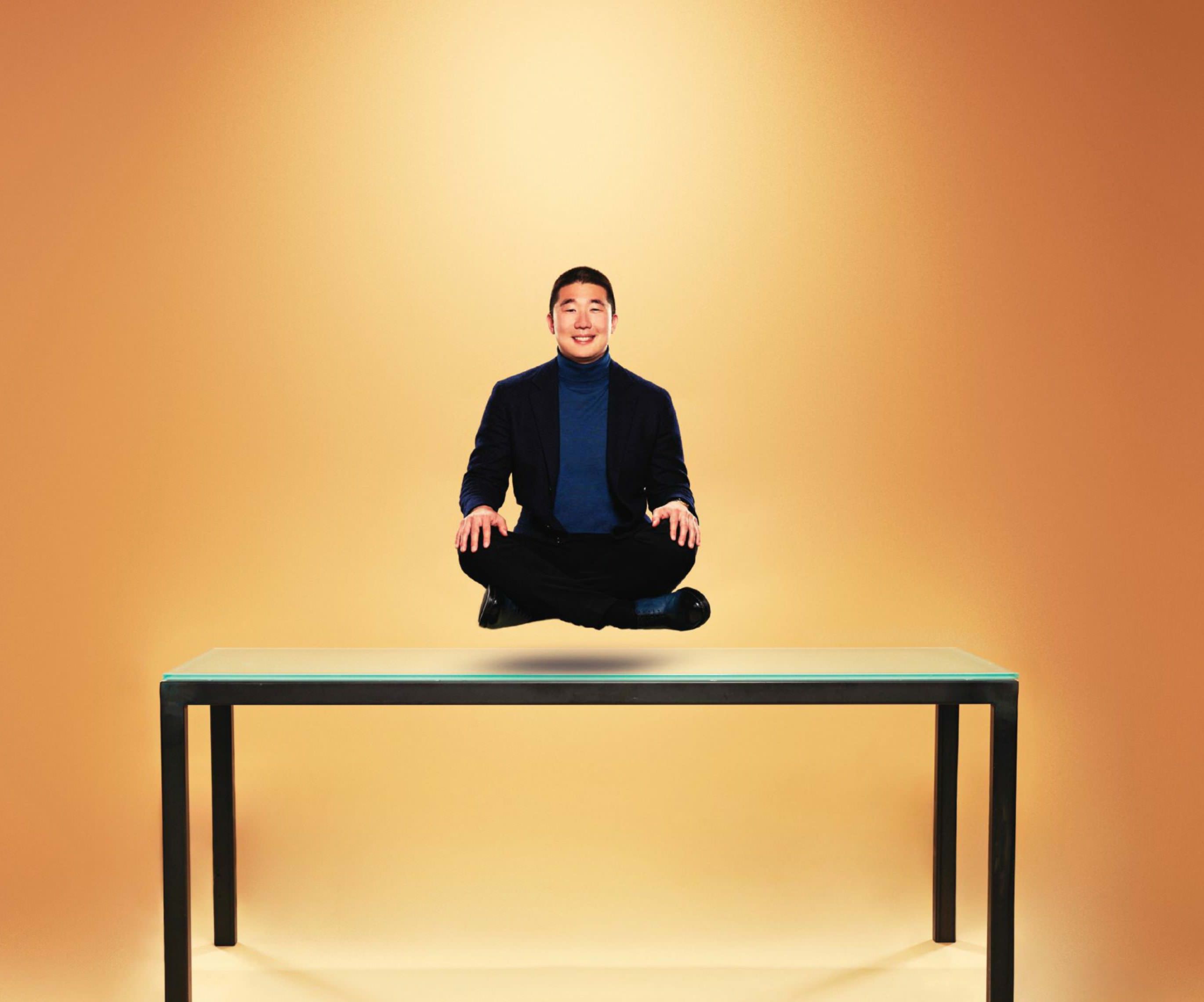 Airtable’s Howie Liu has quietly built a software giant by emphasizing substance over speed. but can a tech tortoise win the data race?

Steven Bertoni
In the frenetic world of tech, where the ruling ethos is to move fast and break things, Howie Liu moves at a glacial pace. With Andrew Ofstad and Emmett Nicholas, he launched Airtable in 2013. They wanted to create a spreadsheet with the power of a database. Then they spent three years building a prototype.

The trio pored over academic papers on collaborative software theory, agonized about the Node.js architecture and obsessed over the speed at which windows popped open. After reading Kenya Hara’s design book White, Liu spent months focusing on the interplay of color and empty space.

Liu, 30, is sitting in his San Francisco headquarters dressed in a black leather jacket and` black shirt, slacks and shoes. It’s a minimalist uniform à la Steve Jobs, the guy who would fuss forever over the shade of white of an iPod: “Instead of trying to rush a new product out the door, we introduce a period of forced delay, so people have a chance to sleep on an idea,” he says. “It’s a concept we call the simmer.”

Now Airtable is coming to a boil. Liu’s cloud-based software has taken hold in 80,000 organizations, from Netflix to small nonprofits. Revenue is on track to jump 400% to $20 million in 2018, mostly on word of mouth.

Investors have noticed. In March, Airtable raised $59 million from CRV, Caffeinated Capital and Slow Ventures. Last month it snagged another $100 million from Benchmark, Thrive Capital and Coatue Management at a post-money valuation of $1.1 billion.

Airtable has attached an approachable drag-and-drop experience to a powerful database, much as Windows replaced tedious text-based commands with a graphic interface or AOL offered a welcoming portal to the Web. “It’s an intuitive and fun way to build on data in a way you can’t with clunky products like MicrosoftAccess and Excel,” says Ray Tonsing of Caffeinated Capital. “It’s a joyful product to use.”

At first glance, Airtable looks like a souped-up Google Sheet. It’s a collaborative spreadsheet that can store images, documents, videos and URLs. All of these can be dragged into cells and opened with a click. And while Google Sheets is fine for projects with a team of ten or so, Airtable has the relational database underneath to run businesses with thousands of far-flung employees simultaneously accessing the system via computers, smartphones and tablets. The several million of lines of code, written in open-source Node.js, encrypt the data and back it up with restorable snapshots.

Pricing is on the usual freemium model. You get basic services gratis. Subscriptions, which cost $10 or $20 for a month per user, offer advanced features and generous storage space. (Enterprise packages start at $60 a head.) One in six users is a paying customer.