Biotech's Barnum And His Covid Cures

Forbes India|November 6, 2020
We're offering this story for free to read so that you can stay updated on the COVID-19 outbreak 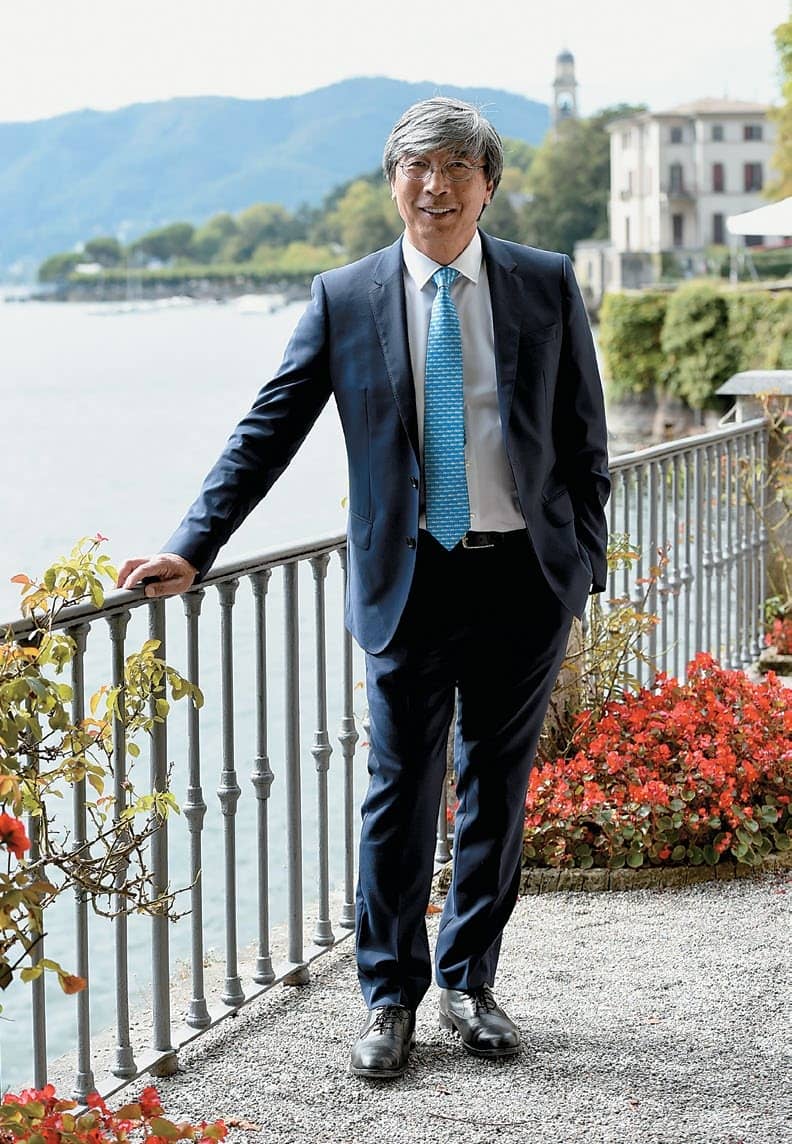 Billionaire Patrick SoonShiong’s radical cancer treatments made him one of the wealthiest physicians on earth. Now the master of medical marketing believes his drug therapies could defeat the “crisis of our time”—and there are plenty of reasons to think he’ll deliver more Hippocrates than hype

Patrick Soon-Shiong knows when he realised the Covid-19 pandemic was going to pose a serious threat.

It was February 24, and the part-owner of the LA Lakers was at the Staples Center in Los Angeles for Kobe Bryant’s memorial service.

With the player’s sudden, untimely demise on his mind, he found himself thinking about the emerging pandemic. Even though Covid-19 hadn’t yet caused a single reported death in the United States, Soon-Shiong was worried. He recalls turning around to California Governor Gavin Newsom and telling him, “We’re in trouble.”

His sense of urgency hasn’t gone away. “If I thought I was scared on February 24,” he says, “I’m more scared now.” The reason, he explains, is that “what we’ve learned is that this virus acts like cancer.” He says he has left his house only once since Bryant’s memorial, and that was to film a video about the coronavirus for the Los Angeles Times, which he bought, along with The San Diego Union-Tribune, for $600 million two years ago. “I shut myself off from the world,” he says.

And so one of the planet’s richest medical doctors, who made a $6.7 billion fortune developing breakthrough treatments for cancer and diabetes, seeks to battle the pandemic. The weapons in his arsenal: The cancer treatments he has spent the past decade and a half developing. He’s aiming them at all aspects of the coronavirus, from a vaccine to treatments for mild cases to therapies targeted towards patients on ventilators.

It’s an enormously ambitious plan from a man who has often been accused of being a hype artist. In an earlier incarnation, Soon-Shiong was a respected surgeon and professor at UCLA Medical School, but throughout his wildly successful entrepreneurial second act, he has been derided as more showman than scientist, thought guilty of overinflating results and taking undue credit. A few years ago, for example, he boasted about using a breast cancer drug to treat a patient with cervical cancer—but other groups were already seeing similar successes. As we wrote in a 2014 cover story, “While he’s undeniably brilliant, Soon-Shiong is equally undeniably a blowhard.”

But he also has fierce defenders, including former Senate majority leader Harry Reid, who says the 68-year-old “saved my life” in 2019 by providing an experimental treatment for his stage IV pancreatic cancer. Researchers say his methods are conceptually grounded in good science, though the verdict will ultimately depend on results.

“We’ve been tracking and seeing an increase in the number of these cell-based therapies, whether they’re being repurposed from oncology or even other disease conditions,” says Esther Krofah, a senior analyst who monitors the clinical development pipeline for Covid-19 vaccines and therapies for the Milken Institute. A number of them are going into clinical trials.

It may seem counterintuitive, but advances in knowledge about the immune system, and how it might help kill cancer, have real applications for infectious diseases. “To me, a cancer cell and a virus-infected cell are one and the same,” says Dr Wayne Marasco, an immunologist at Harvard Medical School who is researching coronavirus treatments. The immune system, he adds, seems to think the same way. Which is a good reason to take Patrick Soon-Shiong seriously.

Born in Port Elizabeth, South Africa, in 1952, Soon-Shiong is no stranger to the intersection of the immune system, cancer and infectious disease. Having graduated from medical school at age 22, he focussed his early surgical career on transplants and cancer, both of which involve a complex pas de deux with the immune system. Crossing disciplines, he says, led him to look at the “body as a system, not a single little cell. We are a biological system.”