All Eyes on Busan 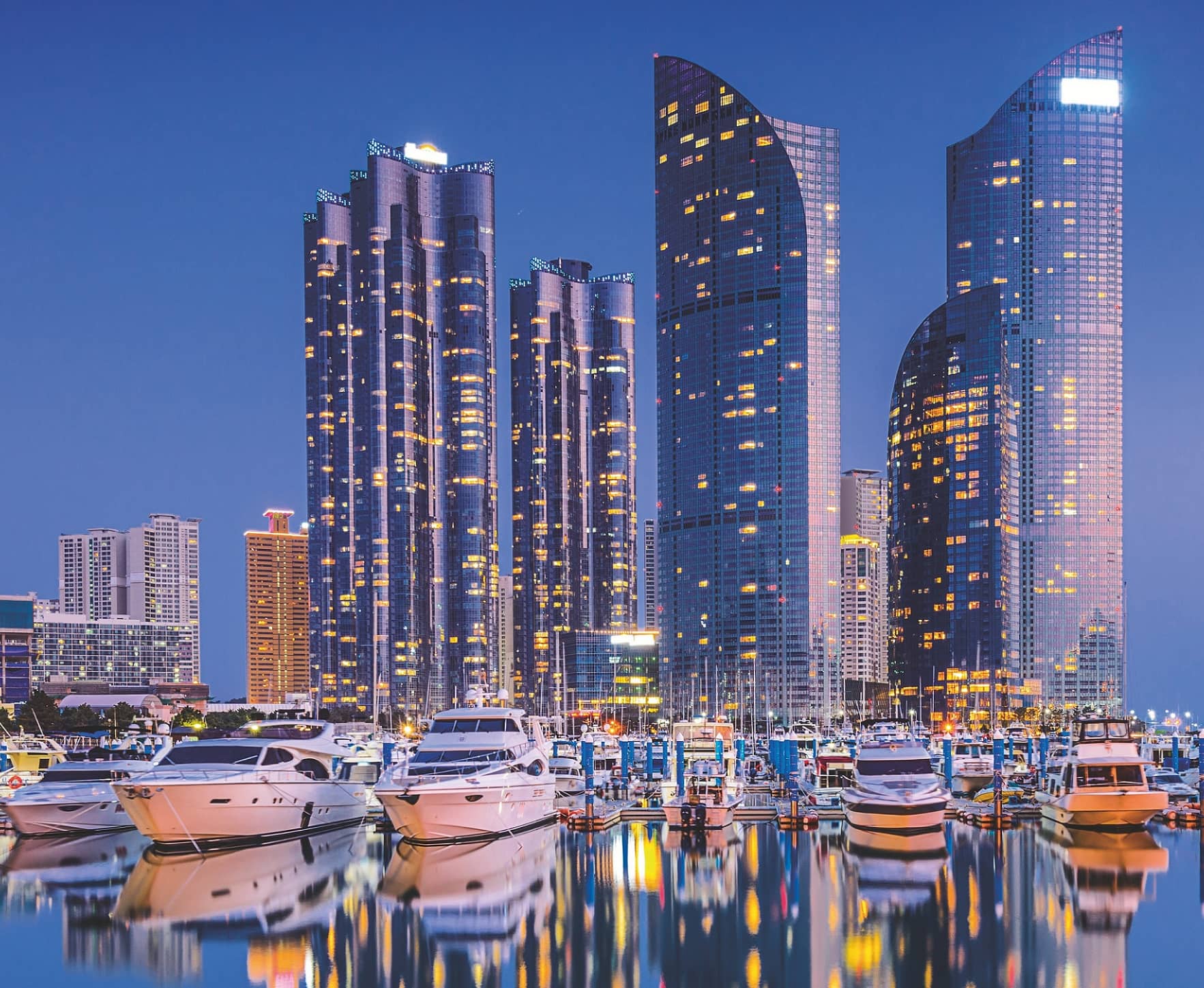 Busan, which sits on the southeast coast of the Korean Peninsula facing Japan, was one of only two South Korean cities not captured by North Korea during the 1950-53 Korean War. Consequently, the city served as a haven for refugees and a gateway for the United Nations (UN) troops battling the North.

“The actual combat never quite made it to Busan,” says John Bocskay, director of international affairs at the United Nations Memorial Cemetery in Busan and author of CultureShock! Korea. “At one point, pretty much all of the peninsula except a 30-mile perimeter was captured. This was the last bastion from where the UN then launched their counterattack against the North. Busan didn’t see the destruction other parts of the country saw, but it saw a massive influx of refugees from the war and grew very rapidly in this pell-mell way to harbor these refugees.”

Bocskay, who grew up in the suburbs of New York City, is one of many expatriates who have chosen to call Busan home, drawn by the city’s more relaxed lifestyle compared to the frenetic capital Seoul.

More than 60 years after the Korean War, Busan has grown to become the second-largest city in South Korea, with a population of 3.7 million, according to the Busan Tourism Organization.

Busan also boasts the world’s sixth busiest container port and the world’s third-largest transshipment port. In the MICE sector, (Meetings, Incentives, Conferences, Exhibitions), it ranks seventh globally by number of meetings held and is the only non-capital city in the top ten list. In Asia, Busan ranks fourth – ahead of fellow Korean cities Jeju, Incheon and Daegu – with only Singapore, Seoul and Tokyo holding more meetings. “Busan grew from a tiny trading outpost and a few hamlets into this massive city,” says Bocskay. “The layout of the streets still has this organic character – it’s very much a city that wasn’t planned. A lot of the city still feels like that and a lot of what the city planners have been doing in recent decades is catch up and apply some order. It still has a little bit of that mountain village character with these winding roads and nooks and crannies everywhere where people settled after the war.”

While its intricate streets might be tough to navigate for the first-time visitor, accessing Busan itself is easy: citizens of 117 countries enjoy visa-free entry. There are 12 flights (50 minutes duration) per day from Incheon International Airport and 60 similar length flights from Gimpo International Airport. If you prefer to take the train, there are around 58 daily high-speed SRT trains from Suseo Station and 120 daily high-speed KTX trains from Seoul Station.

Busan rates strongly from a cultural standpoint too. Since 1999, more than 1,000 domestic and international films and TV programs have been shot in and around the city. You may have seen or at least heard of 2016 zombie movie Train to Busan, which grossed over $81 million worldwide.