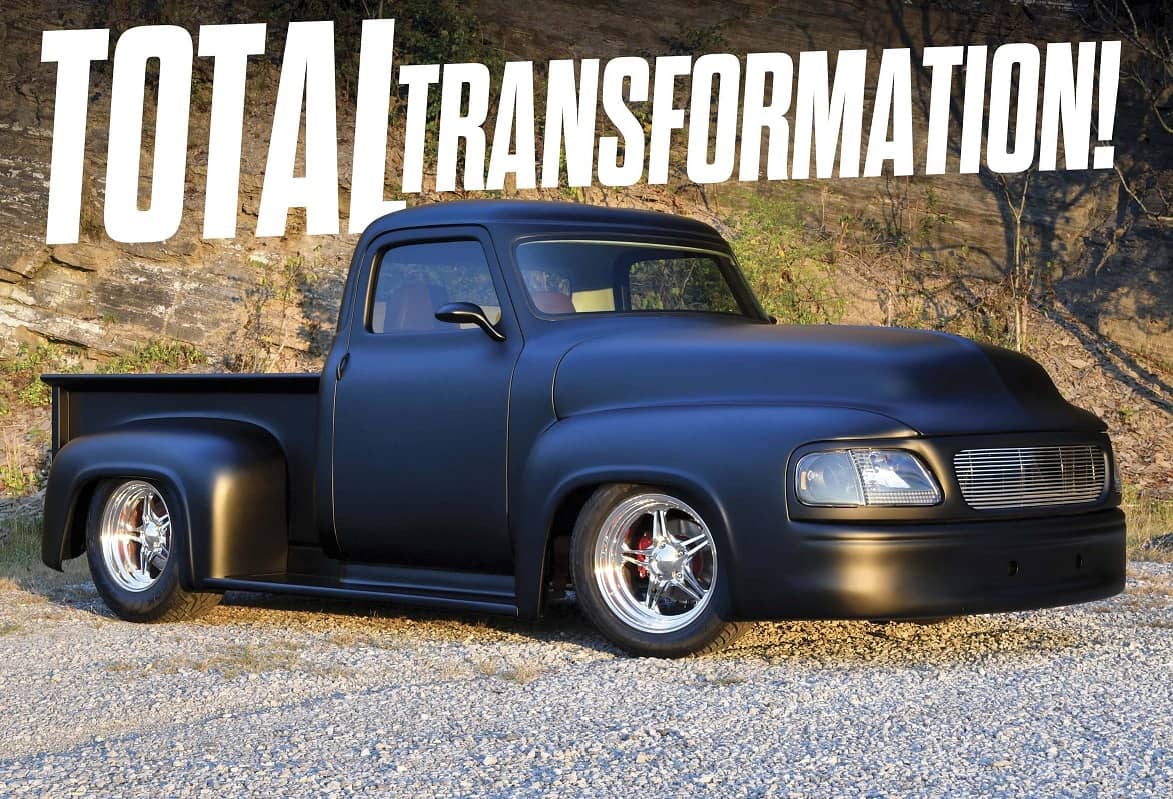 Now that the Clues are Gone, Even the Most Serious Enthusiast Can’t Tell the Year of this F-100

AS A COLLISION REPAIR SPECIALIST, MARK TULLIS BEGAN WORKING ON HIS HIGHLY MODIFIED ’53 F-100 AS AN OUTLET FOR HIS CREATIVITY. Since collision work is repetitious and fabrication is fresh and new, it was natural for him to launch a project where he could explore new directions.

Mark got his start as an enthusiast at an early age, thanks to his grandfather who worked at General Motors and loved cars. About the time he turned 12, Mark’s enthusiasm genuinely ignited when he caught sight of a bright yellow ’53 F-100. It made an indelible impression, and he knew that one day he would own a truck like that. 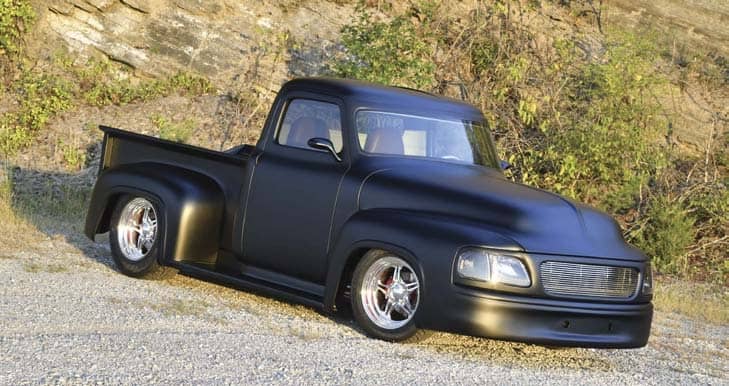 Enrolling in vocational school and getting started in the body shop business, again with the help of his grandfather, he began earning a living in the trade. At about age 25, he found the perfect project vehicle, one similar to that yellow ’53 F-100 that started it all.

Mark says he had no real plan at the outset, other than he wanted the truck to have clean lines with no visible bolts or seams. For decades, customizers and shops hired by Mark chipped away at the vehicle’s vintage charm, hoping for a spin to set their efforts apart. Eventually, Mark decided that rather than crawl into an accepted styling bubble, he would let his imagination run free, moving way outside the box to take his F-100 in a whole new direction. 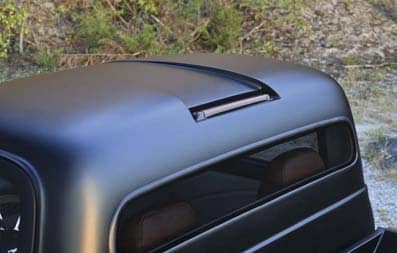 The fascination of spotting a Corvette independent rear under an F-100 at a truck show became the first of many radical changes, leading him to the truck’s highly detailed undercarriage. After boxing the Ford chassis rails, creating new cross members and running the brake lines inside the rails, Mark located a C4 Corvette rear. In order to allow future ride height adjustments, he removed the Corvette’s transverse leaf spring and replaced it with Alden American coilovers. Then, for balance, he installed a Heidts Superride with coilovers up front, giving the truck fully independent suspension. Bright Cherry Red paint highlights the new components and makes the bottom as pretty as the top. The frame became a roller with a set of 17-inch Budnik wheels with Hankook rubber connecting the truck with the asphalt. 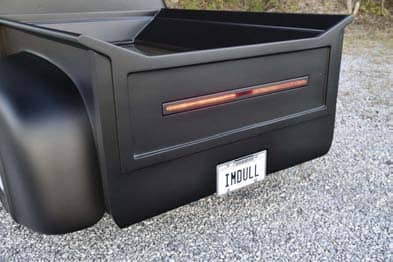