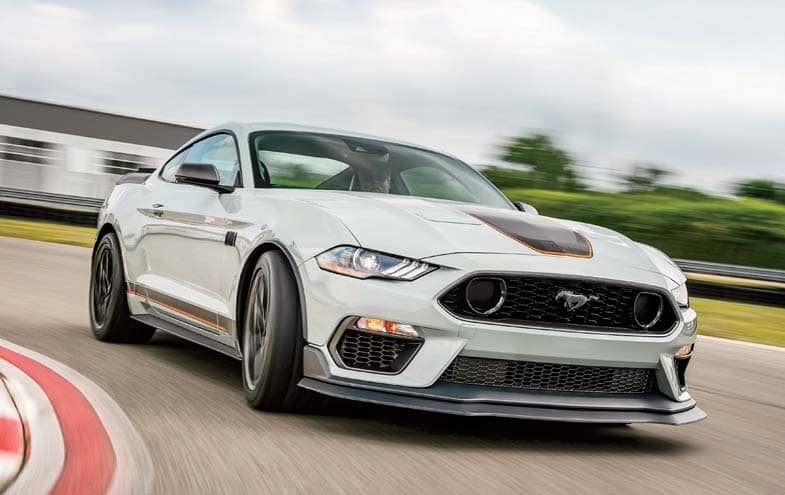 Replacing the Bullitt for 2021 and effectively replacing the GT350, too, is the reborn Mustang Mach 1. It’s to be the track Mustang for folks who can’t swing the note on a Shelby.

As with the again-discontinued Bullitt, Mach 1 gets just one engine choice—the 5.0-liter Coyote V-8. We’re told it’s not identical to the Bullitt’s, though it is rated at the same 480 hp at 7,000 rpm and 420 lb-ft at 4,600 rpm. This one shares its intake manifold, oil filter adapter, and engine-oil cooler with the Shelby GT350.

The Bullitt was only offered with a Getrag six-speed manual. The Mach 1 gets the Shelby GT350’s Tremec TR-3160 manual and short-throw shifter along with its auxiliary oil cooler, though the Mustang GT’s twin-disc clutch is used. Mach 1 buyers can also opt for Ford’s terrific 10-speed Select-Shift auto, outfitted with an upgraded torque converter and sharper sportshift programming. The manual also gets rev-matching for the first time on this Tremec. A second oil-to-air cooler improves cooling by 75 percent.