Special Events In Malls
Shopping Centre News brings you a detailed look at some of the most engaging mall activities across the country.

“Speaking on the success of the exhibition, LLA Founder and leading photographer Iqbal Mohamed said, “In the thousands of entries we received, I could see the immense passion of photographers from all over India who have participated so enthusiastically to shoot for a cause. People who have seen the exhibition so far have been excited about how differently, and in such varied ways, water was captured and with so much positivity.” 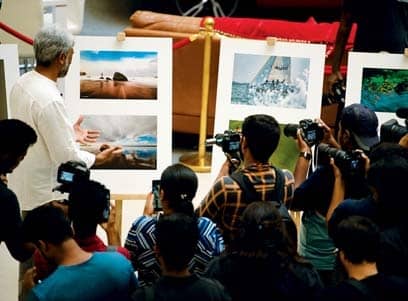 Alongside the exhibition, LLA ran an activity for children at Express Avenue on August 18. An interactive game in which the participants became ‘Water Heroes’ who found new recruits to join their ‘army’ in the cause of saving water. They walked around the mall, convinced people to become ‘Water Soldiers’, and clicked photographs of their new recruits. Over 200 children joined in the activity to build an army of people who were dedicated to the cause of conserving water, giving us immense hope for the future of water.