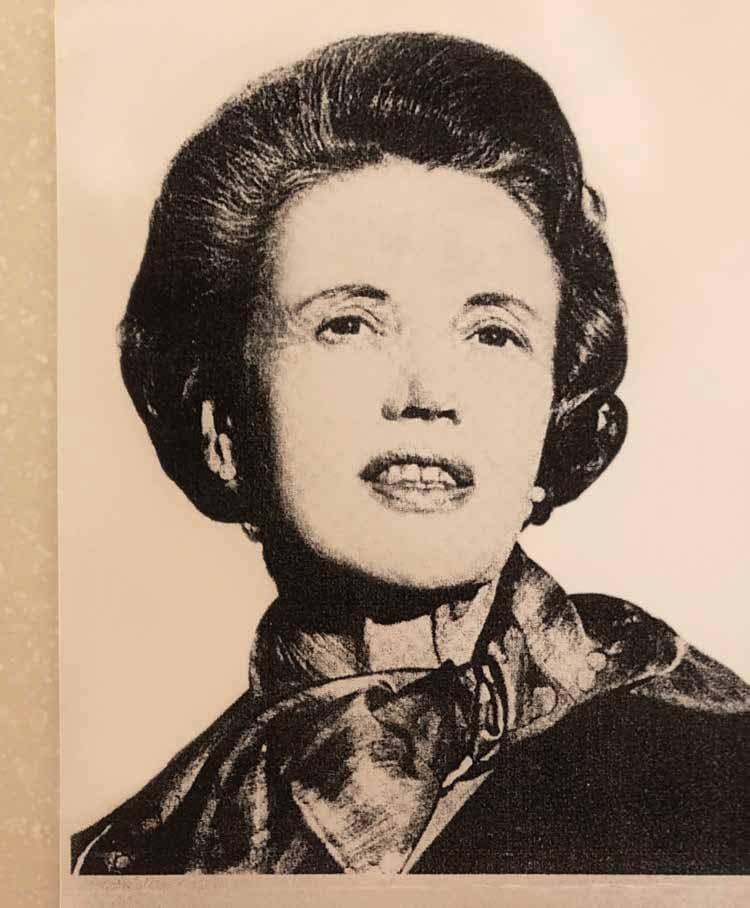 On a cold morning in 1972, Tasmanian society matron, environmentalist and adventurer Brenda Hean took off in a Tiger Moth en route to Canberra. Minutes later, her plane vanished. As Ingrid Pyne discovers, many Tasmanians still wonder who wanted this “troublesome” woman dead?

The last known letter from Brenda Hean was sent to her niece late in the winter of 1972, shortly before her mysterious disappearance. In it, Auntie Bren – as all the nieces called her – thanked Diane Rex for hosting her on a recent trip to Melbourne, delighted in Di’s young son, Philip (“never known a more intelligent or loveable child”), extolled her freshly permed hair (“Great improvement. Helps a lot.”) and wrote excitedly about an upcoming “wonderful adventure”.

On September 8, she planned to fly from Hobart to Canberra in a World War II Tiger Moth to lobby federal MPs to save Lake Pedder, a pristine glacial lake in Tasmania’s south-west wilderness. Refined, perfectly coiffed and in her early sixties, Brenda made an unlikely eco warrior. Yet something about Lake Pedder had touched her – the way it touched many – and in its salvation, Brenda found her calling.

And so, she wrote to Di: “off we go to persuade the Powers that Be that we are so devoted to our cause and the enormous future value of keeping Lake Pedder in its original state that we are prepared to risk getting stuck in a large tree top on one of the Strait’s convenient islands.” 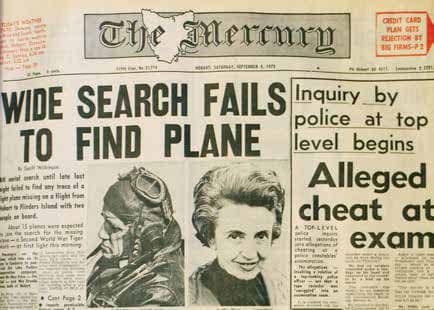 Unbeknown to Brenda, she and pilot Max Price risked far worse. Within hours of take-off from Hobart’s Cambridge Airport, the vintage Tiger Moth would vanish. No wreckage or human remains have ever, officially, been found.

Yet, almost half a century on, rumours and questions still obscure the pair’s fate. Many Tasmanians believe the plane’s fuel tank was sabotaged in a politically motivated attack to silence Brenda, but the mystery has never been solved. Perhaps it will remain hidden in the bosom of Tasmania forever, along with the isle’s other dark secrets.

“My own personal view,” Diane tells The Weekly, “is that she was the victim of foul play.” 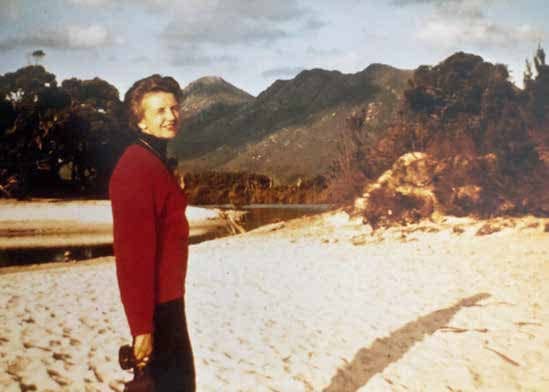 Birth of a movement

Next year will mark 50 years since Lake Pedder was flooded as part of the Tasmanian government’s $100 million hydro-electric scheme. Former premier Eric Reece – dubbed “Electric Eric” for his enthusiasm for the scheme – had been hell-bent on luring industry to the state through the cheap, renewable energy that dams could provide.

Yet when the state’s powerful Hydro-Electric Commission first trained its sights on Lake Pedder in 1967, there was an immediate public outcry, spearheaded largely by Brenda. Petitions were signed, protests launched, referendums demanded, action groups formed and families split down the middle.

“These people [the protest organisers] can be compared to some degree to Frankenstein,” Premier Reece said at the time.

In early 1972, Dick Friend, 19 at the time and between jobs, wanted to see what all the fuss was about. He hiked for a full day through rough terrain until he came upon the pristine lake and its pink-hued beach which was, by his estimate, 700 metres wide and about three kilometres long. 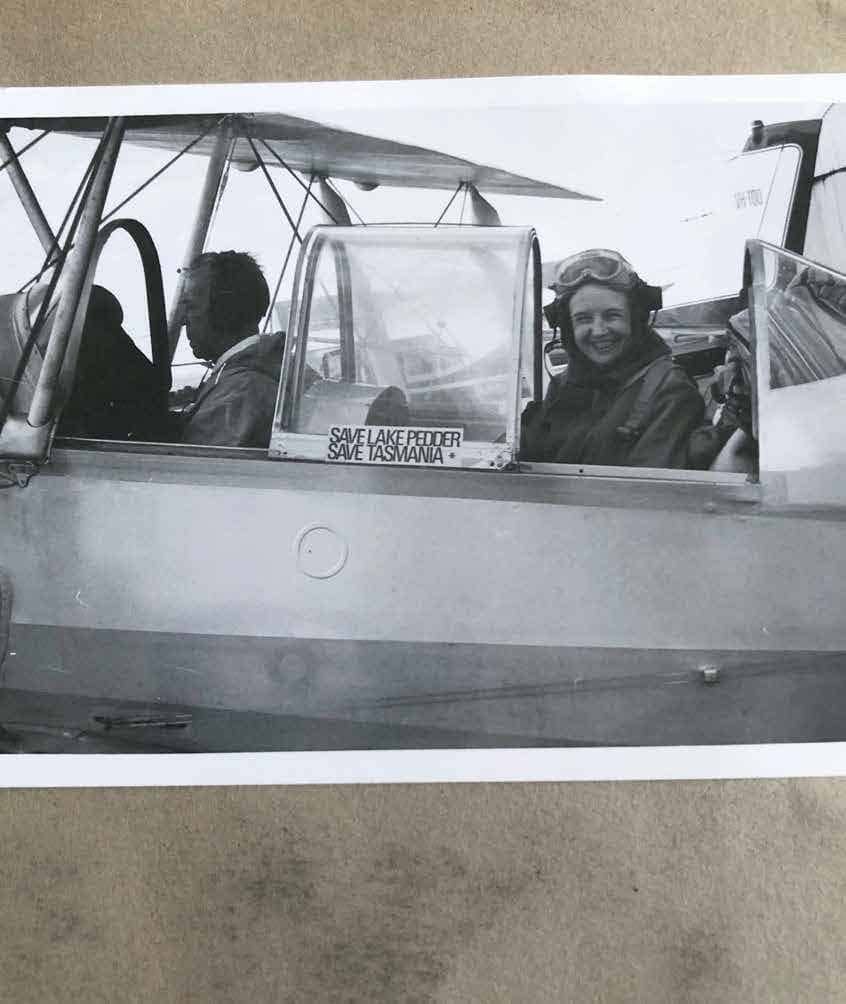 “What I saw quite literally changed my life,” he tells The Weekly. “This was a place that defies description.” Dick went on to become an activist and a friend of Brenda’s. Now retired, he has travelled widely to many of the world’s other wonders – Iguazu Falls, Machu Picchu, Patagonia, Italy’s northern lakes. Yet, he says, “none of them compares to the impact of Lake Pedder”.

Before the Lake Pedder campaign, Brenda had never been drawn to the barricades. She was a social conservative, a wealthy society widow, a devout Christian. But the decision to drown this natural wonder galvanised her to the cause. Together with the state’s eco activists, she helped create the world’s first green party, the United Tasmania Group (UTG). Brenda stood unsuccessfully as one of the party’s candidates in the 1971 state election. She also initiated a High Court action claiming that the Hydro-Electric Commission was illegally flooding the lake.

Former Greens leader Bob Brown says Lake Pedder is the real birthplace of the green political movement internationally. “Lake Pedder is hugely important – on a state, national and international level – to the history of environmental politics.” And Brenda’s work was central to the cause. 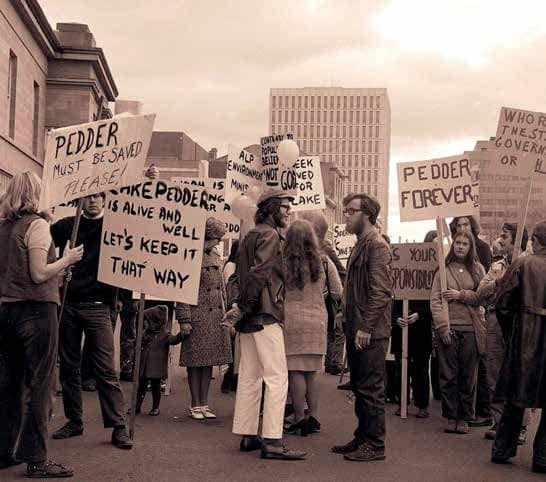