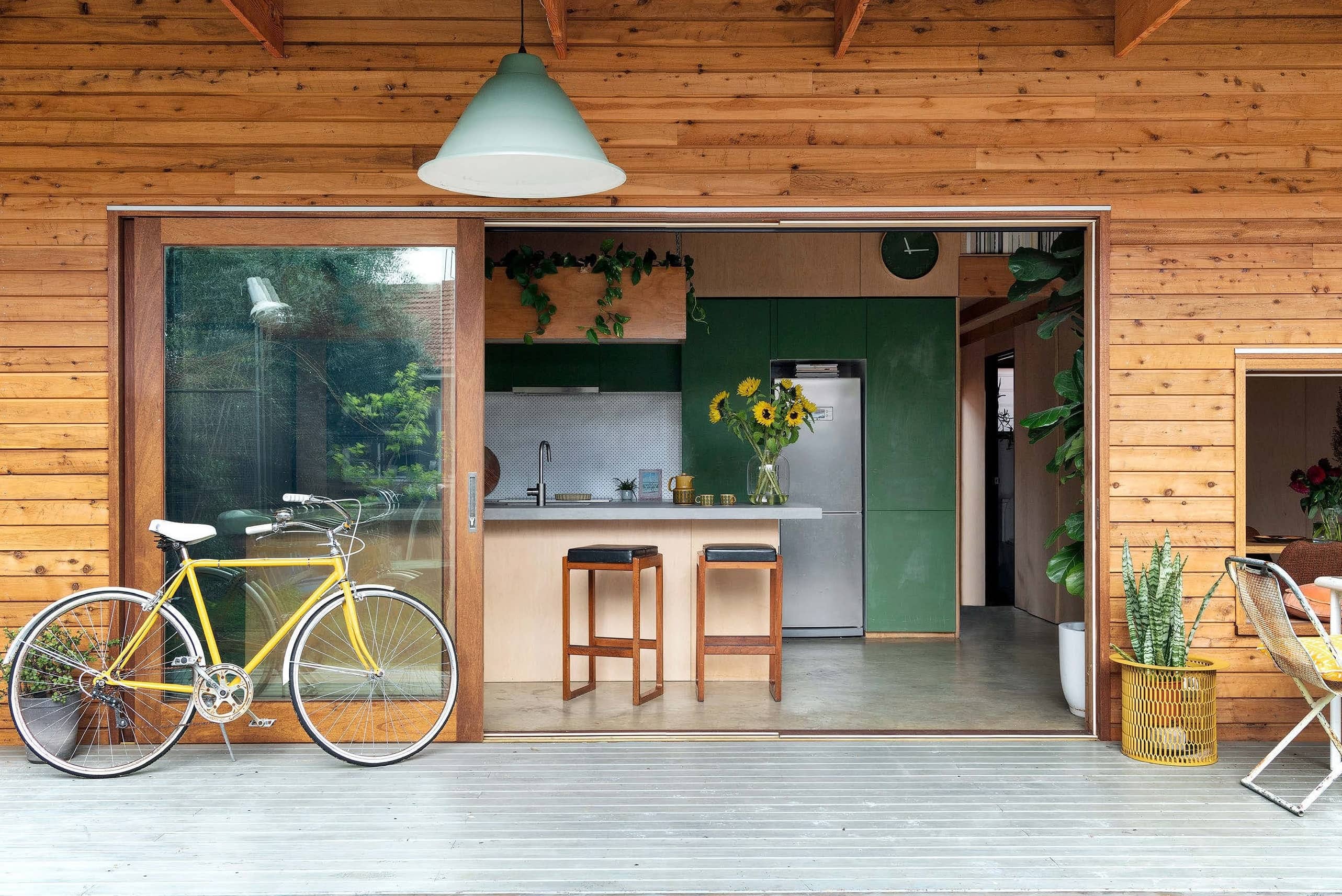 A chance to share a block with their friends gave this young family the opportunity to create their unique, eco-friendly dream home

It was 2008, while planning their wedding, that James and Bekk Crombie fell in love with yellow. “We were looking for an interesting colour for the bridesmaids’ dresses and bonbonnière,” says Bekk. “We went for a really warm, deep yellow. It looks so rich teamed with white.” The yolky shade has followed them through the birth of their three children, Beatrice, 10, BjØrn, eight, and 20-month-old Elsie, a couple of years living in Norway and back again to the house they built themselves. Here, visitors are welcomed by it at the front door and when they ring the doorbell. It’s the colour of the family’s bikes and the ladder that leads to James and Bekk’s loft bedroom. “Friends have started calling it ‘Crombie yellow’, because it pops up in everything we do,” says James.

When it comes to personal touches, that yellow is just the tip of the iceberg. Everything in this house has been adapted and customised – right down to the land it sits on, which they share with their best friends, Nathan and Helen. The plan was hatched while the Crombies were living in Norway, where Bekk’s family is from. “I suggested it half-jokingly to our friends... but within a couple of weeks all four of us were actively looking at properties and finance options,” says James. “They would renovate a house and we would build another one – and we would all live together on the same block.”