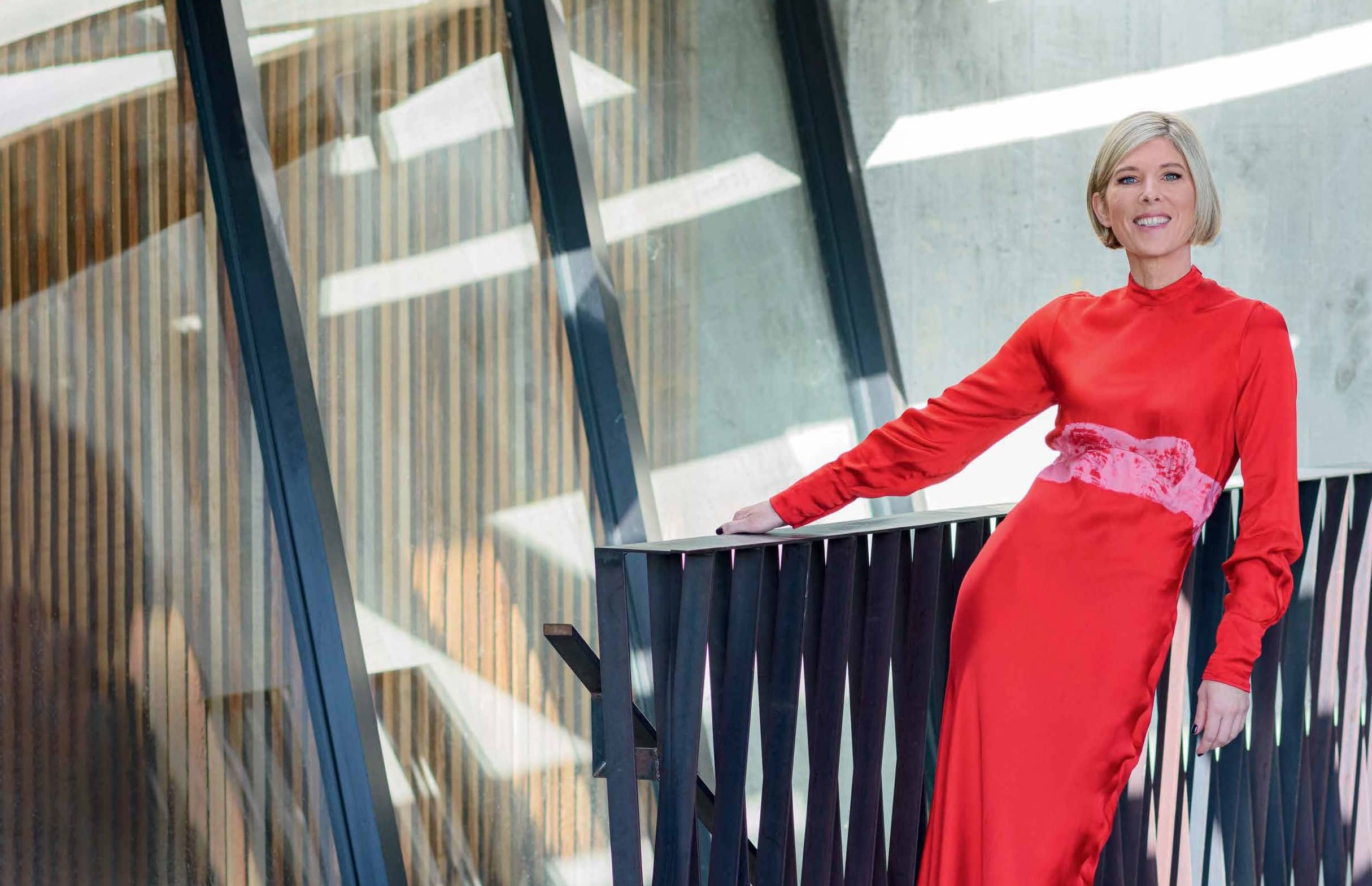 Back on home soil after her stint in NYC, Rebecca Wright shares with Monique McKenzie what she thinks the future holds for the US, and why she is proud of the positive role modelling New Zealand offers her young daughter

Rebecca Wright will put money on Donald Trump being re-elected. Having just wrapped up her gig as the US correspondent for 1 News, she’s been our authority on American politics for the past three years – jumping headfirst into covering Trump’s presidential inauguration in January 2017, and right among the action ever since. That includes standing on the Canadian border in freezing -26° temperatures talking to refugees affected by his travel reforms, closely following his impeachment inquiry, and constantly refreshing her Twitter feed to keep up with his regular outbursts.

“I think the US is in a real political crisis, and I wouldn’t have said that six months ago. I would’ve said this is a polarising, very divisive moment in the US politically, socially and economically, but I think it is now truly a crisis. It’s not as though you can switch on and off from politics there now – it’s everywhere, it’s pervasive, and there’s this culture war going on. It touches everybody at a very emotional level because it’s about values, who you are, and what your country stands for.”

Now that she’s returned to New Zealand from the Big Apple to start a new role on TVNZ 1’s Sunday, Trump’s tweets are something the 39-year-old no longer has to consider.

“I am so happy to wake up in the morning now and not have to worry about what he’s said overnight,” she laughs.

“But on a slightly more serious level, he’s a genius when it comes to communication and using Twitter to speak directly to his followers and to the media. As soon as he tweets, it’s picked up by CNN or Fox News within a minute. He’s changed political communication in that country.”

If you ask Rebecca’s four-and-a-half-year-old daughter Scarlett for her input on the impending elections, she wants a female to be president. Through her mum’s inuence, Scarlett has become fascinated with US politics. She’s a big fan of Melania Trump’s dresses and knows that Nancy Pelosi is the Speaker of the House of Representatives. Rebecca and her partner recently spent the weekend in Washington DC with Scarlett, where she was very miffed to learn about the lack of female representation.

“We were talking about Abraham Lincoln on the way to Lincoln Memorial, and she asked me, ‘Are there any lady presidents?’ And I was like, ‘Umm, no there’s not.’ She said, ‘Mum, that’s really boring’, which is her word for bad. I loved that one thing I could explain to her is that we have had three female prime ministers in New Zealand, Jacinda Ardern is our prime minister right now, she has a baby called Neve, and that is much more positive role modelling than what’s going on in the US. But it really oored me to have to explain that to her. It shows that the power dynamics in that country are still skewed towards men. She has come back to that point, again and again, since we left.”