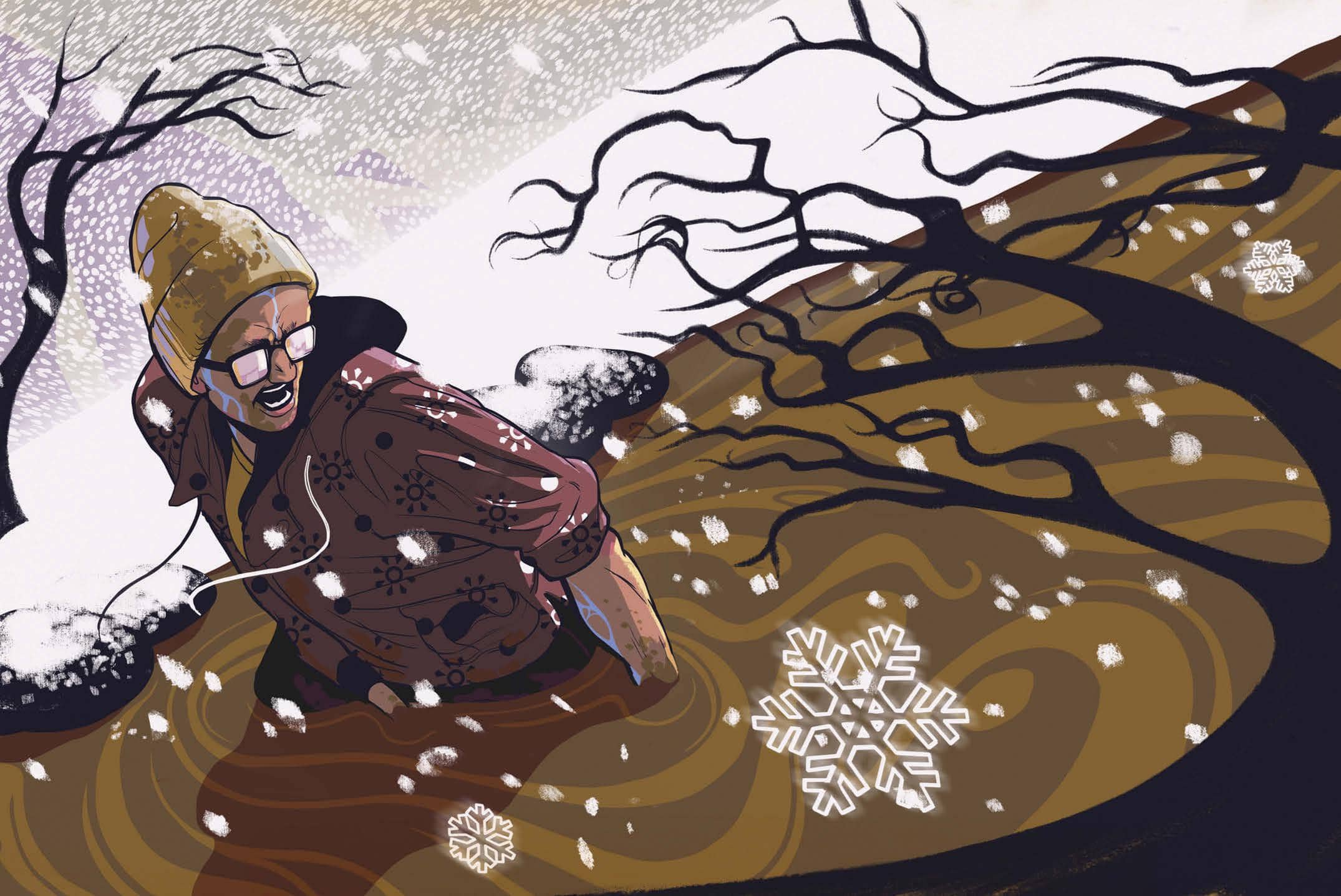 Ryan Osmun, 35, took a wrong step while hiking in Zion National Park in February and spent 10 hours stuck in the mud. As told to Zoe Gates.

A FRESH LAYER of snow settled on my shoulders and hat. The contrast of white atop the rust sandstone and pines looked lovely—I tried to focus on that instead of the numbness in my trapped leg. Only a chilly wind broke the silence of the ravine. I listened for footsteps or voices, but heard nothing except the gusts rippling the water around me.

Six hours prior, I’d embarked on a day hike in Zion with my girlfriend, Jessika. Our route would take us 10 miles round-trip to the Subway, a tunnel-like canyon accessed via boulder scrambles and creek crossings. Snow dusted the ground when we set out at 8 a.m. I helped Jessika over large rocks and found a sturdy walking stick for balance.

Four miles in, a pond-size puddle blocked the trail. There was no way around the pool, but it looked shallow so, testing the footing with the walking stick, we began to make our way across. Suddenly, Jessika yelped. She had sunk to her knees and couldn’t get free. I lunged forward and pulled her out by her torso, but in doing so, my own right leg sank to the knee. Jessika was safe—the nearby mud was solid—but now I was stuck.

I tugged with all my strength, trying to brace with my free left leg. When that didn't work, I dug frantically with my bare hands, but it was useless—the water filled in instantly, preventing any progress and freezing my fingers.