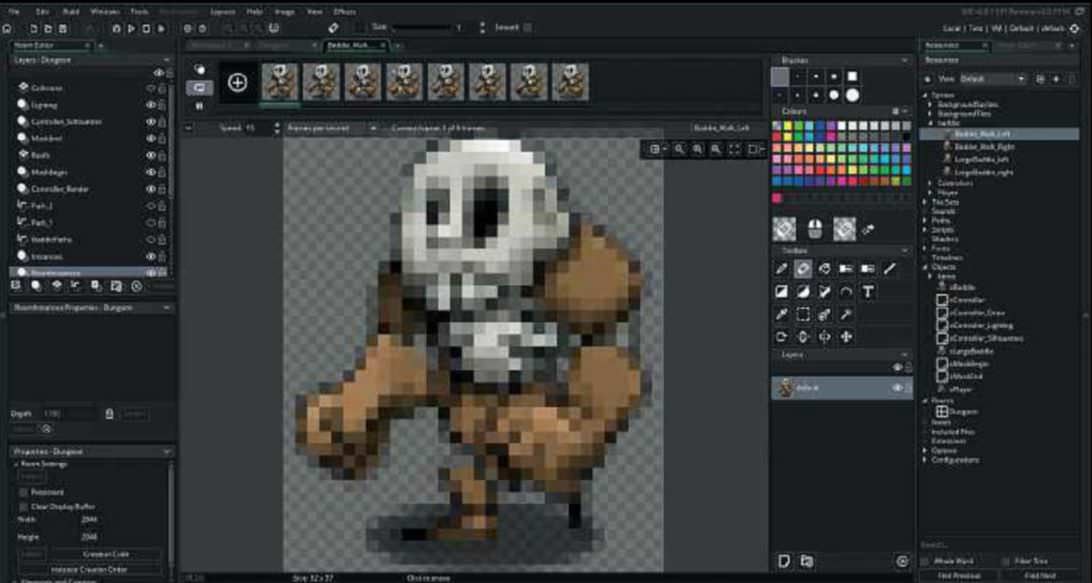 For the past ten years, GameMaker has been fighting with one hand tied behind its back. The all-purpose development toolkit, originally created by Dutch computer scientist Marc Overmars and subsequently taken over by Dundee-based outfit YoYo Games, has been running on an ancient codebase that makes updating it for modern APIs nearly impossible. As a result, while GameMaker has remained perfectly adequate for building games, its tools have slowly fallen behind the times, and until recently, there was little YoYo Games could do to stop it.

With the release of GameMaker Studio 2,however, that old codebase, named Delphi, is in the past, as the entire program has been rewritten in C#.‘Any changes that we want to make, we can now actually make,’ says Mike Dailly, head of engineering at YoYo Games.‘Before it was just: “No we can’t do that.It’s just not capable of going in that direction.” Now we’ve got a solid base and we can go in any direction we want.’

That direction has been a complete overhaul of how GameMaker functions, with significant changes and updates to many of its most frequently used tools, and a greater focus on making GameMaker easier and more efficient to use. Perhaps the best example of how GameMaker has changed is its new image editor. Previously, the image editor was one of GameMaker’s most outdated parts, similar in form and function to Microsoft’s Paint, and only good for drawing basic flat images to use as sprites.