The True Story Of An Ex-Cop's War On Lie Detectors 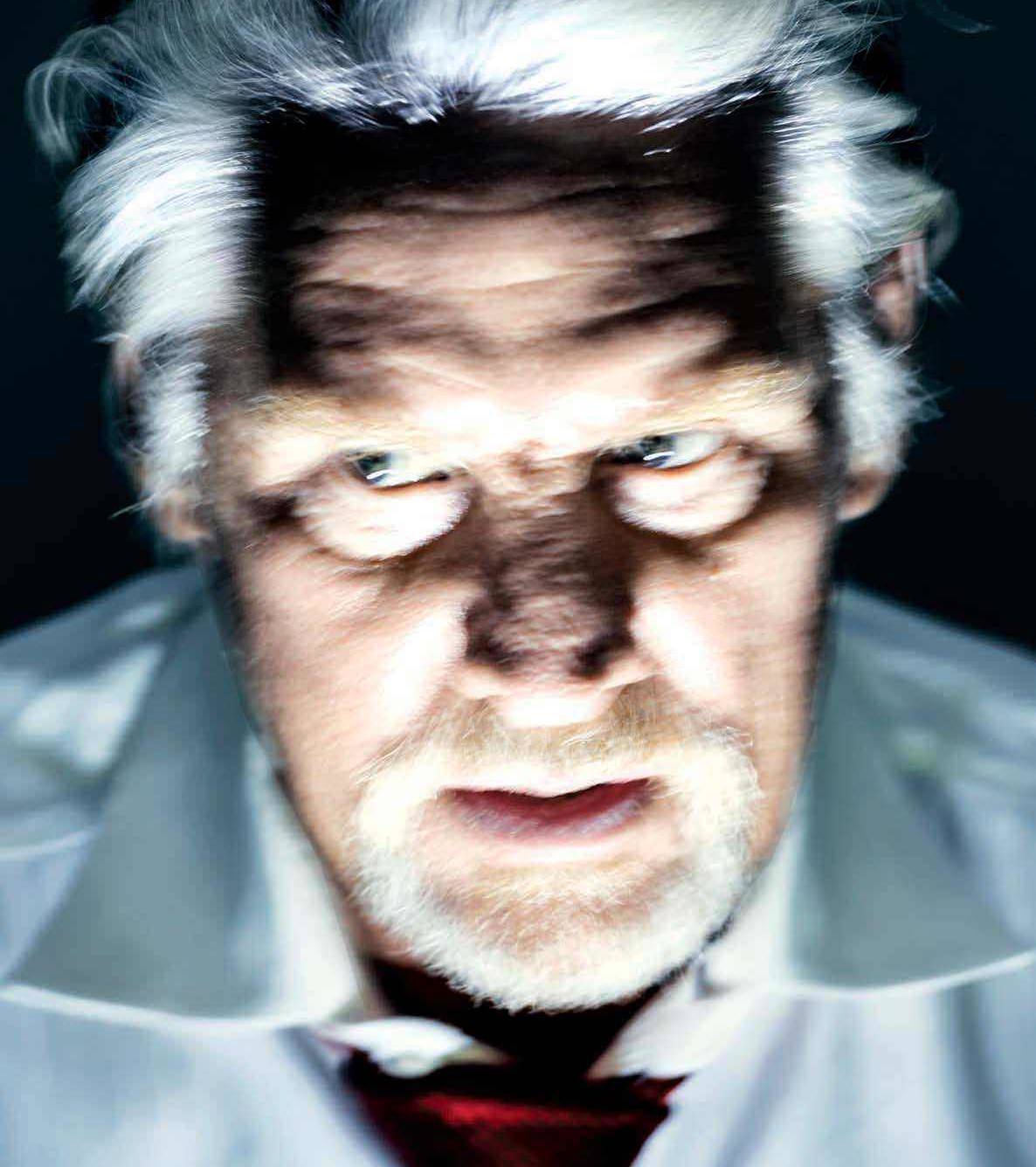 The true story of an ex-cop's war on lie detectors.

Drake Bennett, photographs by Thomas Prior

There was something odd, Doug Williams recalls, about the clean-cut young man who came to see him on Feb. 21, 2013. When Brian Luley had called two weeks earlier, he’d introduced himself as a deputy sheriff in Virginia applying for a job with U.S. Customs and Border Protection. To get the job, Luley needed to pass a polygraph test, and there were “a couple of reasons” he thought that might be a problem.

“I will get you ready,” Williams had promised. A former police detective and a man congenitally unencumbered by doubt, he claimed he’d already helped thousands of people beat the polygraph. In pictures on his website, polygraph.com, the goateed 67-year-old sat at a desk in a suit with his hands clasped, his silver hair slicked back from a tanned and furrowed brow. “Nervous or not, lying or not, no matter what,” he assured his clients, they would pass. The site had a manual and an instructional DVD for purchase, but if you really wanted to be sure, Williams would teach you one-on-one. Luley wanted to be sure.

Many of the people who sought out Williams over the years had secrets: marital indiscretions or professional lapses, drug busts or sex crimes. Williams never asked for details—those weren’t his concern. He has no affection for crooked cops or sexual predators, but what he hates above all else is the polygraph machine, an “insidious Orwellian instrument of torture,” as he calls it, that sows fear and mistrust, ruining careers by tarring truthful people as liars. “It is no more accurate than the toss of a coin,” he likes to say. When he’s feeling less generous, he’ll say a coin works better.

Williams’s office was a small basement room next to a massage studio in Norman, Okla. When Luley arrived, he didn’t act like other clients. He didn’t seem nervous, and he barely looked at the machine on Williams’s desk—an Axciton fivechannel sensor box with blood pressure cuff, finger electrodes, motion- sensor pad, and two pneumographs to measure breathing. Williams described how a typical examiner would monitor Luley’s breathing, blood pressure, heart rate, and sweating. The examiner would ask “control” questions, assuming Luley would answer dishonestly—“Have you ever lied to anyone in authority to keep from getting in trouble?”—along with the questions the examiner really wanted answers to: whether Luley had committed and not disclosed serious crimes. The “controls” are intended to reveal a subject’s response to telling a lie; if Luley’s reaction to the relevant questions was stronger than his reaction to the controls, he’d be judged to be deceptive. The trick, Williams explained as he strapped the sensors onto his client, was to exaggerate the reaction to the controls and minimize the reaction to the “relevants.”

Little of this, however, appeared to get through. Luley displayed a striking compulsion for detailed self-incrimination. “If I tell them that I sold drugs in the jail when I was a jailer, can they use that against me?” he asked at one point. He also mentioned that he’d “messed around” sexually with a 14-year old drug suspect after interviewing her.

“Keep that s--- to yourself,” Williams snapped, unaware that he was being surreptitiously filmed. “I mean, why would you ever say something like that anyway? If you’re gonna do that, save yourself the trouble. Don’t even go, if you’re going to sabotage your own damn self.”

Nonetheless, by the end of the session, Luley was able to produce what Williams judged to be a truthful, if not exemplary, polygraph “chart.” It was with some relief that Williams saw the young man out the door. Then the federal agents who had been waiting outside burst in.

The quest to defeat lying is as old as humanity. In Bronze Age China and India, suspects had to chew uncooked rice and spit it out to reveal if their mouths were dry. Medieval Europe had trial by fire or water. In the 1950s and ’60s, the CIA experimented with LSD as a truth serum. Then there’s torture, formalized in ancient Greece as a method to compel honesty and recast for the 21st century as “enhanced interrogation.”

The polygraph, invented in 1921, is today’s most widely trusted lie-detection device. It’s used to determine who gets hired by the CIA, the FBI, the Drug Enforcement Administration, and police departments all over the country. It helps decide who gets security clearances. Police detectives use it as an investigative tool, intelligence officers use it to assess the credibility of sources, and exams are commonly required as a condition of parole and probation for sex offenders.

This reliance continues despite the lack of scientific agreement about how well—or even whether—the polygraph works. Defenders point to studies that show a 90 percent accuracy rate. The National Academy of Sciences, however, in a 2002 report, found a “lack of understanding of the processes that underlie polygraph responses” and concluded that the quality of polygraph research “falls far short of what is desirable.” These criticisms, according to many psychologists, remain true. Some of the nation’s most notorious spies, including Aldrich Ames and Ana Montes, passed polygraphs. In a 1998 Supreme Court decision, Justice Clarence Thomas wrote, “There is simply no consensus that polygraph evidence is reliable,” and most judges have agreed.

For three and a half decades the polygraph has had no critic more dedicated or more obstreperous than Williams. He’s been a White House aide, a private investigator, a construction worker, and a member of the clergy. In the 1980s he was a barnstorming activist living out of a truck, giving talks and training sessions, going on talk radio and TV, testifying in courtrooms and before Congress. He eventually settled down and began charging for his instructional materials and tutoring. Over the past few years he’s learned, painfully, what can happen when an obsession becomes a business—especially when that business is spreading detailed information about a law enforcement technology that works best when its subjects know only what they’re told.

The first time Williams saw a polygraph was in 1966, after his sophomore year at Bethany Nazarene College, when he left the small Christian school outside Oklahoma City to enlist in the Air Force. High scores on his aptitude tests got him sent not to Vietnam but to Washington, to serve in the White House Communications Agency. The last requirement for getting the posting was an appointment with the machine.

For two and a half years, he sent and received encrypted messages from the White House Situation Room, earning letters of commendation from military and civilian superiors. It was a heady but ultimately disenchanting experience. “The intelligence community was just a web of intrigue and paranoia,” he says. “Ninetynine percent of the s--- that’s classified should never be classified. Really what it’s all about is to cover up corruption and ineptness and outright fraud.”

Williams is sitting at the kitchen table of the single-story orangebrick house in Norman he shares with Kathy, his wife of 18 years. It’s early May, a week before the start of his trial in federal court. When I ask if he has any mementos from his White House tour, he goes into his study, a blast zone of papers and boxes, and eventually returns with a goodbye card signed by Henry Kissinger.

When his deployment was up, Williams returned to Oklahoma City and got a job as a police officer. Chris Eulberg joined the force the same year, and the two remain close friends. As a patrolman, Eulberg recalls, Williams got his picture in the local newspaper for single-handedly apprehending an armed robber. He also infuriated his fellow officers by reporting one of them for stealing a TV while investigating a break-in. In his off hours, Williams took psychology and criminology classes at Oklahoma City University. 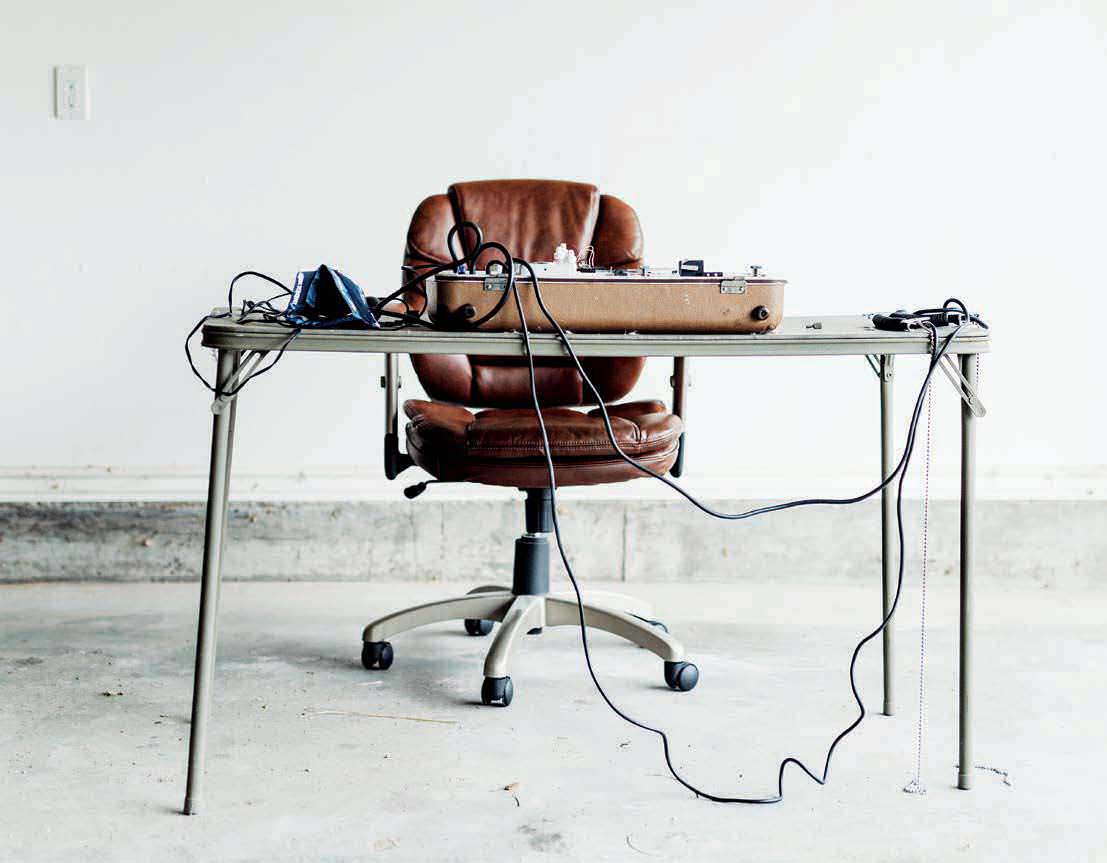