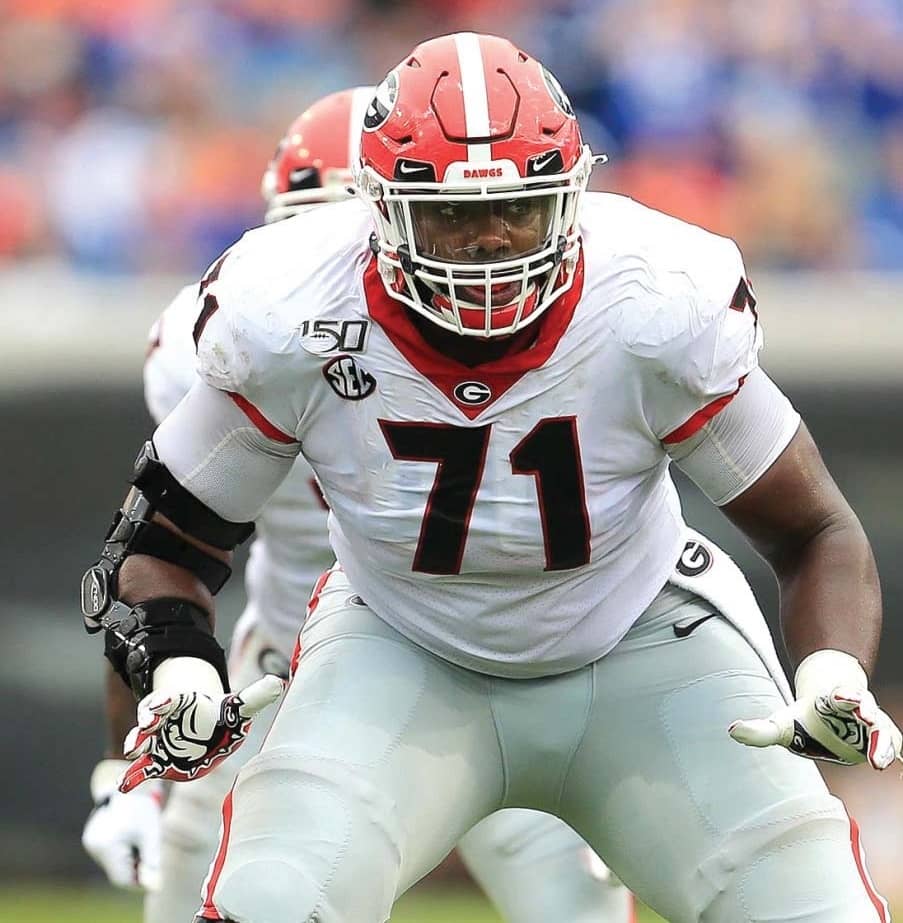 Andrew Thomas prefers to let his play do his talking

Giants general manager Dave Gettleman knew he needed to address the offensive tackle position in this year’s draft. So, the only question was, who would it be?

Andrew Thomas, the mammoth 6’ 5”, 315-pound tackle out of Georgia was the answer.

“We feel we got the best tackle in the draft,” Gettleman said. “An NFL-ready tackle that will step on the field on Day 1.”

Thomas looks the part. He immediately made an impact for the Bulldogs by playing right tackle his freshman year before switching over to the left side the last two seasons. Thomas exhibits brute strength and reaches the second level with extreme quickness while surely taking pride in destroying an opponent in the run game.

Taking an offensive lineman makes complete sense. Gettleman insisted that he would “fix” the offensive line when he took the job three years ago. After this draft, it is likely that he finally made good on his promise.

Thomas is widely considered the most “pro-ready” (whatever that means) tackle in the draft and is expected to compete at the left and right tackle positions in training camp.

He has prototype long arms and length that is needed playing left tackle in the NFL. Thomas allowed only one sack this past season.

Thomas is known by his teammates at Georgia for being a humble, quiet kid, who just looks to handle his business.