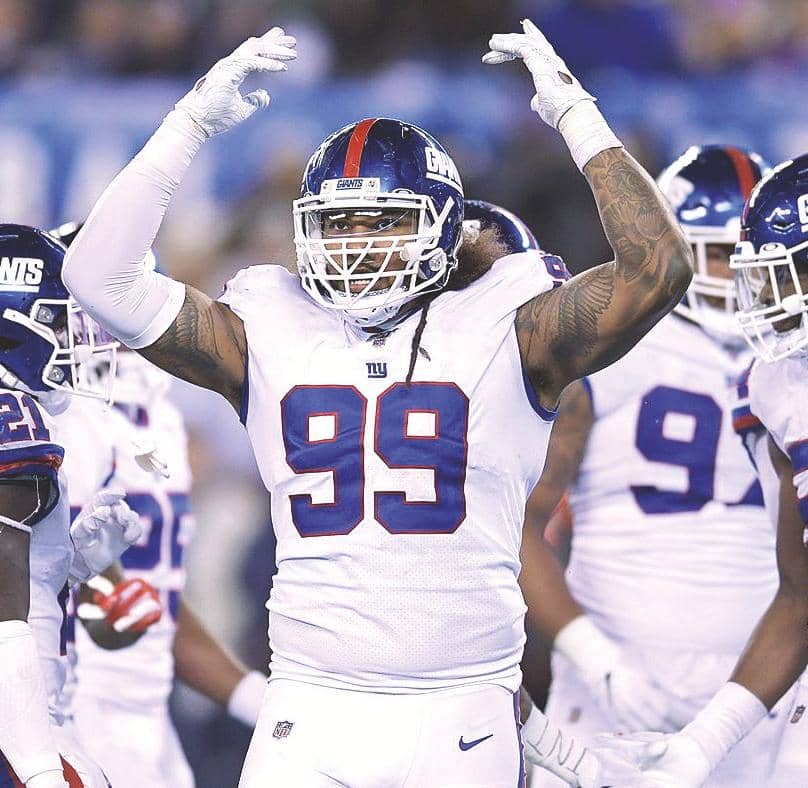 Leonard Williams just wants to fit in with his new team

But fitting in is exactly what Leonard Williams wants to do.

“I just want to ease my way in here,” said Giants general manager Dave Gettleman’s trade deadline acquisition to the media. “I want to learn all about my new teammates, the coaches, the front office…all that. Although I played and know the area, this is a whole different organization, so it’s like I’m a rookie learning the ropes.”

Rookie? Not by a long shot.

Williams was the sixth overall draft choice by the Jets in the 2015 draft and hasn’t missed a game since entering the league. He’s far from a rookie and knows all the ins and outs of the league.

“Yeah, I guess the rookie part is just me being funny,” Williams said with a laugh. “I’m in my fifth year and nothing should surprise me now.”

Not even being traded?

“Yeah, look, it didn’t work out with the Jets for whatever reason,” Williams told TGI. “But I’m here to make a difference and help this team win football games. Am I surprised by the trade? Yes, I am, but this is a business. I’m just happy I got traded to a team that’s familiar area-wise. I didn’t have to sell my house, pack my stuff, I didn’t even have to hire a new dog walker.”