Stats for the 2019 Giants in historical context 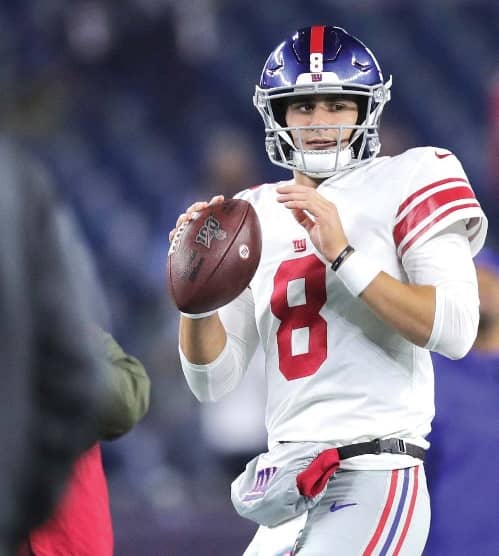 Everyone has their own interests and ways to pass the time. My main interest is poring over sports statistics, not just for current teams, but for the many teams of the past as well. There are facts and figures that set every team in the history of sports apart, but also those that can be compared. That is the focus of this article: examining the Giants’ statistics from last season and seeing how they add up to teams or players of the past, both good and, well, not so good. These are just a few of the observations I’ve made:

Although Saquon Barkley did not quite put up the numbers he did in his rookie season, he still managed to reach 1,000 rushing yards for the second straight year (1,003 to be exact; a 68-yard touchdown run in week 17 against the Eagles helped put him over the top). This was a welcome sight for Giants fans, since the team had not had a 1,000-yard rusher in consecutive seasons since Brandon Jacobs, who accomplished the feat in 2007 and ‘08. Barkley brings stability to a run game that was lacking it for most of the decade, making him the Giants’ most dependable running back since Tiki Barber.