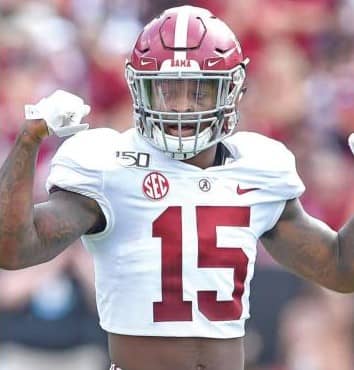 The beauty, well, perhaps the term “curse” is more appropriate, of a team who has missed the playoffs in seven of the last eight years, is that it’s almost impossible to guess what direction the team will go when it comes to the NFL Draft. It was abundantly clear that the Giants needed a facelift on the offensive line as well as impact players on the defensive side of the ball. But an edge rusher or two was thought to be the priority, not safety.

And while Julian Love’s future position is unknown, when a first-round talent drops into the second round, if you’re an NFL GM, you grab that player and run for the hills. That is precisely the position where Dave Gettleman found himself in this year’s second round of the NFL Draft.

Giants head coach Joe Judge has supposedly been eyeing the talented Crimson Tide star for the past two years, so he, like Gettleman, must have been ecstatic that he was still available at Pick 36. “I’d say my first exposure to Xavier was a few springs ago,” said the Giants head coach. “I was down in Alabama actually scouting a couple other guys for the draft and had an opportunity to pass on through one of the practices, and he just stuck out on the field. He plays with a lot of passion and energy and has the ability to get to the quarterback on the back end and be a (leader) in the back (who can line up) the defense.”