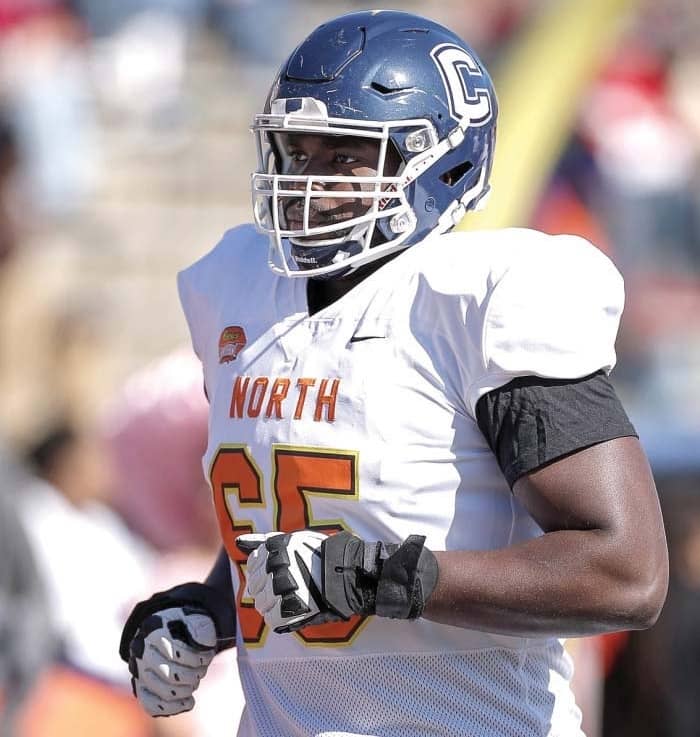 The Giants added their second offensive tackle of the draft when they selected UConn’s Matt Peart in the third round. General manager Dave Gettleman decided to go all in on fixing the offensive line, as he used three of his first five picks on men who will hopefully be protecting Daniel Jones and opening holes for Saquon Barkley for years to come.

Peart was born in Kingston, Jamaica. His family immigrated to the United States when he was four years old. Peart grew up in the Bronx but went to high school at The Governor’s Academy in Byfield, Massachusetts after he earned a scholarship there. He had never played football prior to high school but decided to give the sport a try while at The Governor’s Academy. He played offensive and defensive tackle and was also a team captain for the school’s basketball team.

A two-star recruit coming out of high school, Peart committed to play football at UConn. He redshirted his first year, and then became UConn’s starting left tackle during the 2016 season. With Peart on the offensive line, UConn rushed for 100 or more yards in a game six different times. He made 12 starts at left tackle during his redshirt sophomore season.

Prior to his redshirt junior season in 2018, Peart moved over to the right side. He was part of an offensive line that helped UConn produce two 1,000-plus yard rushers. Peart had his best season last year, as he made 12 starts at right tackle and was a first-team All-American Athletic Conference selection. He was also a team captain for UConn in 2019 and was invited to the 2020 Senior Bowl.