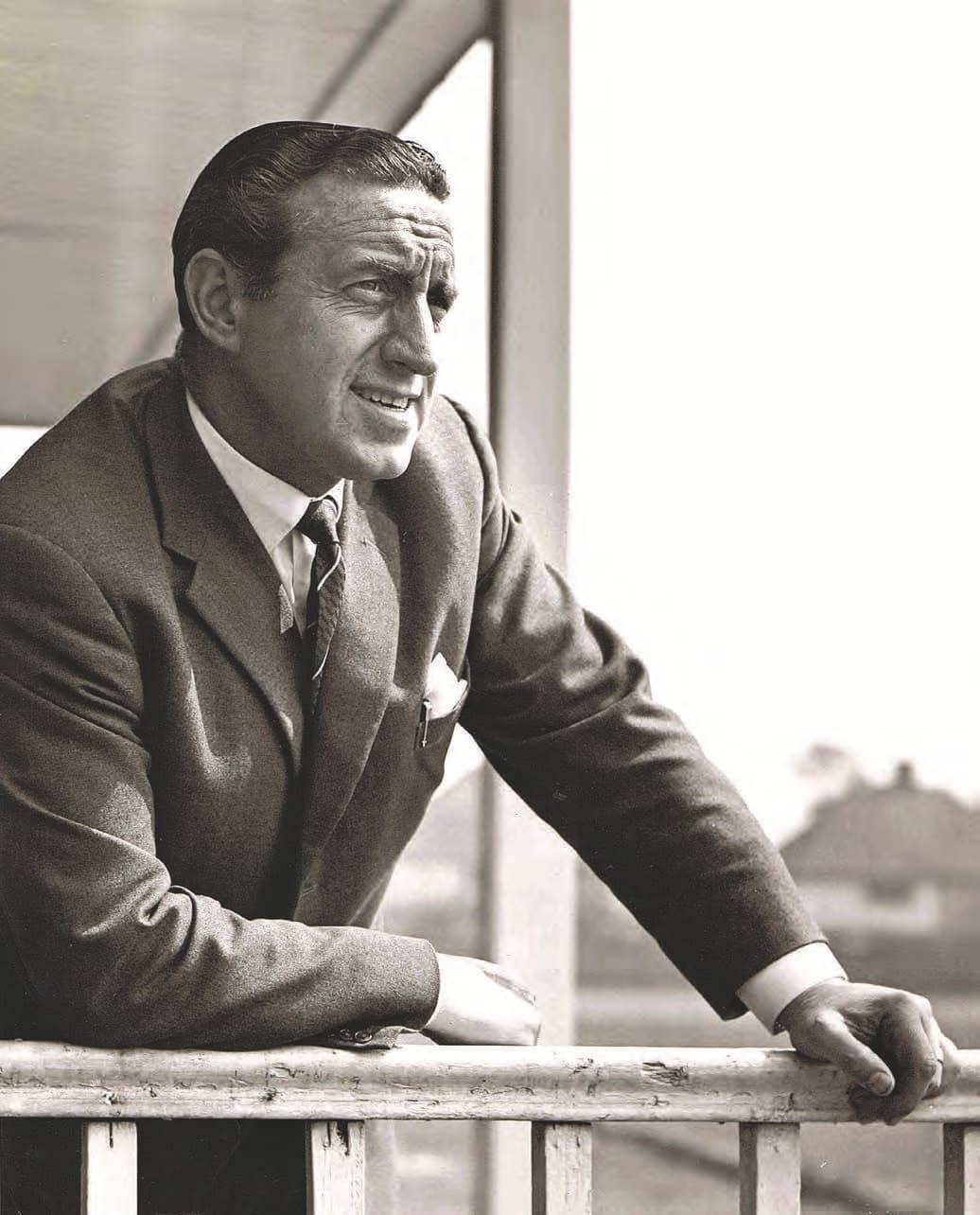 Harry Catterick’s name will forever be inextricably bound to Everton Football Club. On the eve of what would have been Catterick’s 100th birthday, Everton’s matchday programme details the career of a man who fashioned one of the Club’s greatest teams.

Harry Catterick - who would have turned 100 on 26 November - is remembered and celebrated on the Blue half of Merseyside for his stellar managerial achievements in the 1960s. His trophy haul for the Toffees has been eclipsed only by Howard Kendall.

Like Kendall, Catterick was a son of the North East but moved to Cheshire as a child when his father – also called Harry - signed for Stockport County. Catterick Senior’s association with The Hatters would span 20 years as a player, coach and manager. His son would observe at close quarters the nuts and bolts of football – and learn.

Charlie Gee, the Everton and England international centre-half, was responsible for a transfer which would define the Toffees’ future. Coached as a youngster by Catterick Senior, Gee returned the favour by tipping off his employer to the potential of the 17-year-old Cheadle Heath Nomads’ centre-forward. According to Catterick, Gee ‘painted golden pictures of life at Goodison Park’ to the family and part-time professional forms were duly signed with the teenager also continuing his apprenticeship at a marine engine factory.

Catterick would train alongside forwards of the calibre of Dixie Dean, Tommy Lawton and Robert ‘Bunny’ Bell. When asked to compare Dean and Lawton he once said: “As an overall player Lawton may have been a bit better, but when it came to heading Deany was the best.” The departure of Dean and the outbreak of war moved young Catterick up the pecking order. In wartime matches he’d amass 153 goals in 193 matches for Everton and Stockport, for whom he guested.

When peacetime football competitions resumed, Catterick was installed as the man to spearhead the Blues attack in place of the departed Lawton. His debut was a 1946 FA Cup defeat to a Preston North End team featuring his future Merseyside managerial rival Bill Shankly. The Football League programme resumed a few months later but just three matches in, Catterick broke his arm and then did so again soon after recovering. Everton brought in Jock Dodds and thereafter it was an uphill task for Catterick to win back his place. Nonetheless he managed to score 24 goals in 71 appearances for the Blues wearing the famous number nine shirt.