SPRINGTIME FOR THE M16A1 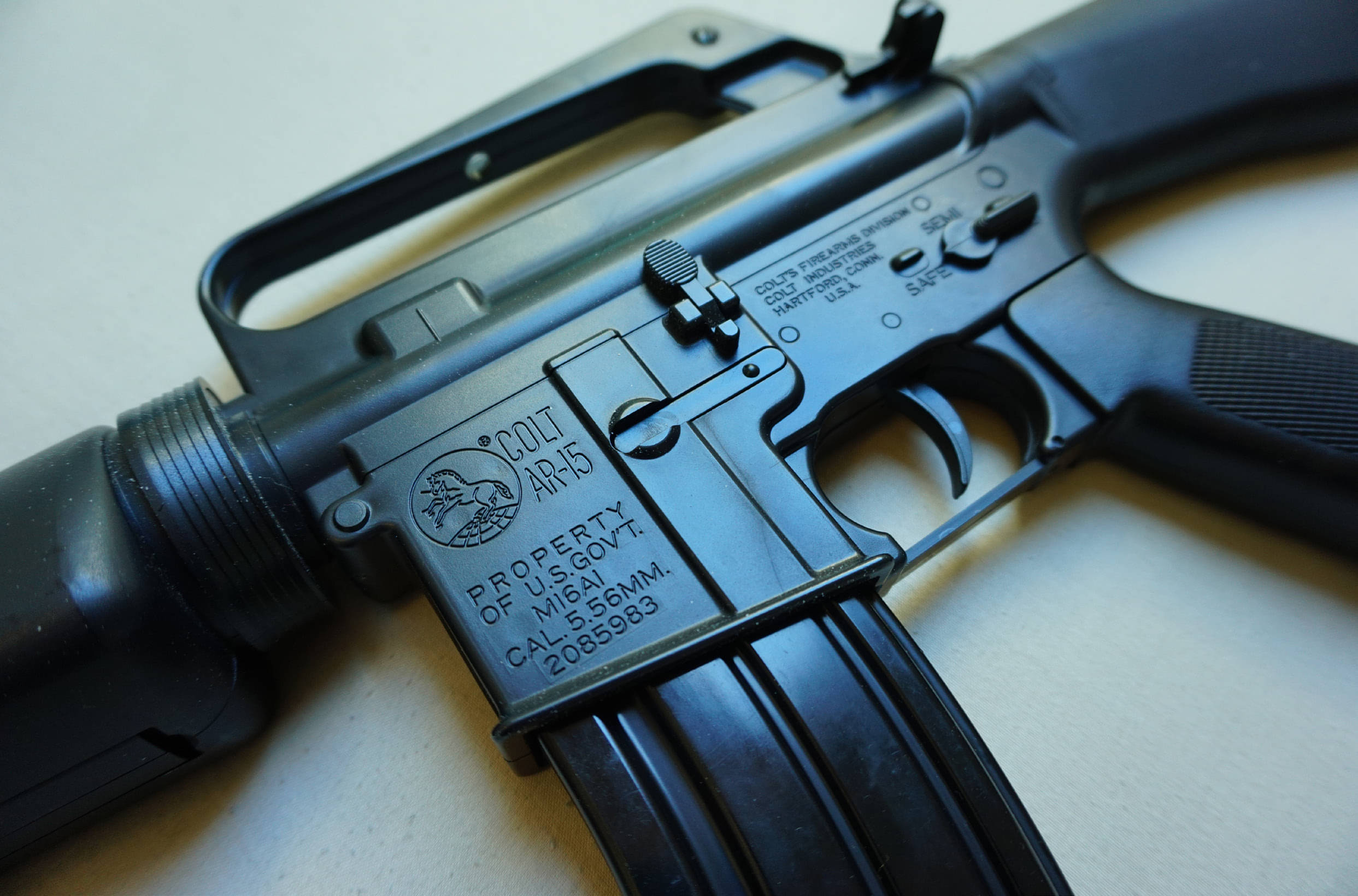 One of the problems with lockdown, one of the many, minor problems, is that it is really difficult to get hold of gear to write about, so I have been casting around my much-diminished collection of airsoft guns to see if there was anything worthy of comment. This search was only interrupted by the sudden and spectacular disintegration of my chair back, which spilled me onto the floor and launched my desk skywards. That took care of yesterday afternoon…

However, I do have something and it is something that I have a warm, fuzzy nostalgic feeling for, so without much ado, let’s chat about the Tokyo Marui M16a1 rifle. “What? That old, wobbly thing!” I hear you cry! Oh, it’s much worse than you suspect, because the M16a1 I have sat beside me as I type is, in fact, one of Marui’s spring rifles, an airsoft gun that should never be used on a skirmish field. Unless you’re me.

It is entirely possible that Marui still makes this rifle, at least occasionally, Marui manufacturing being what it is, however, their website would suggest that of the original line-up of spring rifles, only the G3, and the Xm177e2 survive. Hardly surprising really. The full line up used to be the M16a1, Xm177e2, G3, and the Uzi, and I own or have owned, all of them. I have also skirmished with all of them, albeit a long time ago. Like all of Marui’s spring replicas (sniper rifles and shotgun aside) I have to assume that the guns were produced for customers who maybe wanted to do a bit of plinking, or just wanted a replica, since as soon as Marui released the FAMAS, these things were obsolete. I don’t have my Chrono any longer but if memory serves muzzle velocity was somewhere in the region of 200 – 230 fps, on a good day. Thanks to the fixed hop, the range was “ok” but really didn’t go much further than pistol distances. It has a magazine capacity of about 30 rounds, is a naturally single shot, it’s made almost entirely from ABS plastic and it emits the most raucous “boing” every time you pull the trigger. Ah… Perfection!