The Making Of Lair Of The Clockwork God 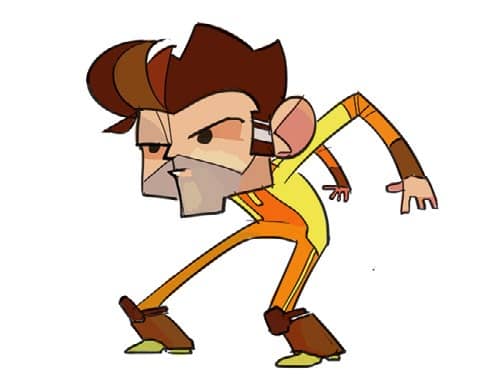 When Dan Marshall started talking about the third Dan And Ben game, the second was only three months old. Time Gentlemen, Please had launched in June 2009; by September he’d announced the first in a series of new episodic adventures starring the digital alter-egos of Marshall and writing partner and co-designer Ben Ward. “Right then,” he tweeted the following January, “The ‘The Revenge Of The Balloon-Headed Mexican’ Hype-Machine starts here!” Needless to say, that machine ground to a halt; likewise when Marshall revealed that Son Of Ben And Dan would be the next entry in the series. Eventually, after 2017’s intensely silly football parody Behold The Kickmen, he decided it was finally time to make the game he and Ward had been discussing for the better part of a decade. “We’d done so much prep work and put so much effort into designing something we thought would be really cool that we felt it would be stupid not to make it,” he says. And so, at last, Lair Of The Clockwork God was born.

The likes of Thimbleweed Park, Night In The Woods and Owlboy convinced Marshall that it was the right time to revisit his idea of a narrative-led game that combined point-and-click adventuring with puzzle-platforming. “Zeitgeists come and go,” he says, “but all these games were out and I thought, ‘Well, this is only going to take me a year and a half to make.’” He laughs at the memory, though his optimism wasn’t entirely misplaced; the groundwork, after all, had already long been laid. A look at the 2009 press release for his first abortive attempt could be copy-pasted into one for the finished game: ‘Dan and Ben can now be split up, allowing the player to flip between the two as and when they choose,’ it reads. “Yeah, it’s not like it had ever gone away,” Marshall says. “It was this omnipresent force in my life that was just sitting there like a big lump waiting to be dealt with.”

That the lump remained was partly thanks to Marshall’s desire to avoid making a straight sequel. He and Ward had already written two point-and-click pastiches – a third, he reckoned, would be overkill. The pair continued to meet in pubs to thrash out ideas; Marshall can’t remember exactly when the move into platforming came about, though he recalls the idea that sparked it. “You know when that first Goomba-type enemy rocks up? You’ve got this relatively safe baddie where you can just jump on its head and move away – it’s something everyone innately understands. Well, I had this scene in my head of Dan jumping on some creature, and it just explodes into blood and guts. Then he slips on all the entrails and tries to stand up and ends up falling over again.” 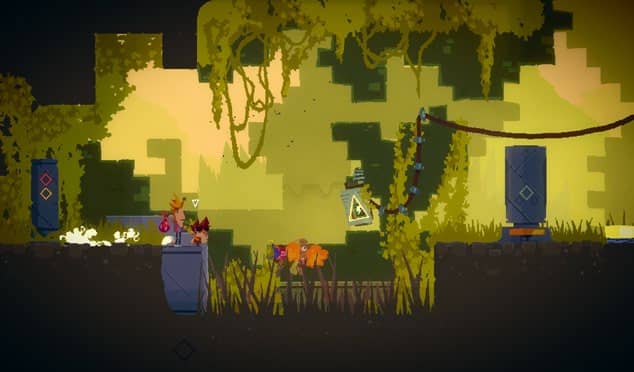 This delightfully grisly image ultimately didn’t survive – though there’s a similarly gruesome replacement – but it stuck with Marshall, convincing him there were plenty of ways the two writers could joke about platformers. For a while, the game featured an amusing riff on Jonathan Blow’s Braid, where Marshall’s in-game self would be convinced he had the ability to manipulate time, “but all it really did was just make him walk backwards and make stupid rewind-y noises with his mouth.” The code was in place, but in a game that already had two characters with very different abilities and gravitational changes, there were too many ways such a mechanic could break the puzzles.