THE MAKING OF HUNT: SHOWDOWN 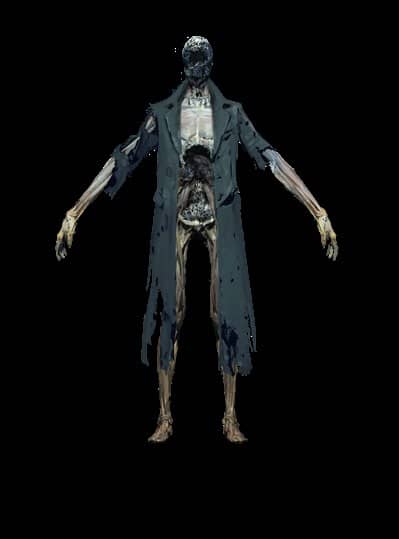 Game developers are used to a complicated sense of ownership. The designer who conceives a game in preproduction might not be the same who sees it to completion; the publisher to whom the IP legally belongs may never touch its code. Yet for the team at Crytek Frankfurt back in 2013, the answer was unusually clear: Hunt wasn’t theirs.

Hunt: Horrors Of The Gilded Age, as it was known then, lived on another continent. As THQ collapsed, Crytek’s Cevat Yerli had swooped into Austin, Texas to hire Vigil head David Adams, and subsequently many of the studio’s former staff. Hunt would be the next step for the Darksiders team: an action-RPG reshaped by the added contemporary twist of four-player co-op. It was even developed on the same computers as Darksiders – in a practical gesture of continuity, Crytek had bought those too. “We received updates through monthly team company meetings,” recalls Crytek Frankfurt’s Dennis Schwarz. “I was always curious to see the next steps and how this whole thing evolved. But obviously, we weren’t a part of the development process.”

Until, that was, Hunt’s dramatic origin story took a further turn. 2014 turned out to be the most traumatic year in Crytek’s history. After a period of rapid growth that peaked with nearly 1,000 staff across nine studios, the company was entering a phase of painful contraction. With employees left waiting for pay, Crytek sold off Homefront: The Revolution and its veteran UK developer. The former Vigil team, meanwhile, was stripped to the bones, reduced to providing engine support for local CryEngine licensees.

There’s a more likely version of this tale, in which Crytek cut its losses and Hunt was simply cancelled. But that’s not what happened. Instead, the company brought the game back to the mothership in Frankfurt. “We spent a lot of time investigating,” Schwarz says. “Going through the assets, understanding the gameplay, and seeing what the potential of the game was.”

Those assets had been built for a third-person shooter; a ‘grind game’ with a traditional RPG loop that sent players from safety to the swamps and back again. But the Frankfurt team was given the freedom to remake Hunt in its own image. Far from the unwieldy giant that entered the 2014 crisis, Schwarz paints Crytek as a family, with all the unspoken faith and familiarity that the word implies. “We’re a small company and we’re very close when it comes to understanding each other’s strengths and weaknesses,” he says. “It was almost a given that management would give us room to explore, and the trust that we could bring our own skills and experiences to bear.”

Horrors Of The Gilded Age had been a reflection of Vigil’s DNA, rooted in retro, Resident Evil-like exploration and creature killing. But the Frankfurt team has its own history, stretching from Far Cry through three instalments of Crysis. These were games that simulated wide-open environments, which players navigated from a vulnerable first-person perspective. Almost instinctively, these elements became a part of Hunt too. “We took the game that others started,” Schwarz says, “and made it our own.”

Under Frankfurt’s direction, Hunt gained a map populated by powerful monsters with ears attuned to player transgressions. Stealth became the default mode; as in Far Cry, any skirmish was best dealt with quickly, since it risked attracting further attention. The ‘wide corridors’ of Crysis became a true sandbox, a square kilometre of space defined by its changeability: every match altered the placement of objectives, monsters and, most crucially, other players. “It’s fun to play in a co-op environment, but it can get repetitive much faster than if you introduce an unknown element, like a player that’s working against you,” Schwarz says. “If it’s a game that’s supposed to be entertaining people for hundreds of hours, other players are a system you almost get for free.”