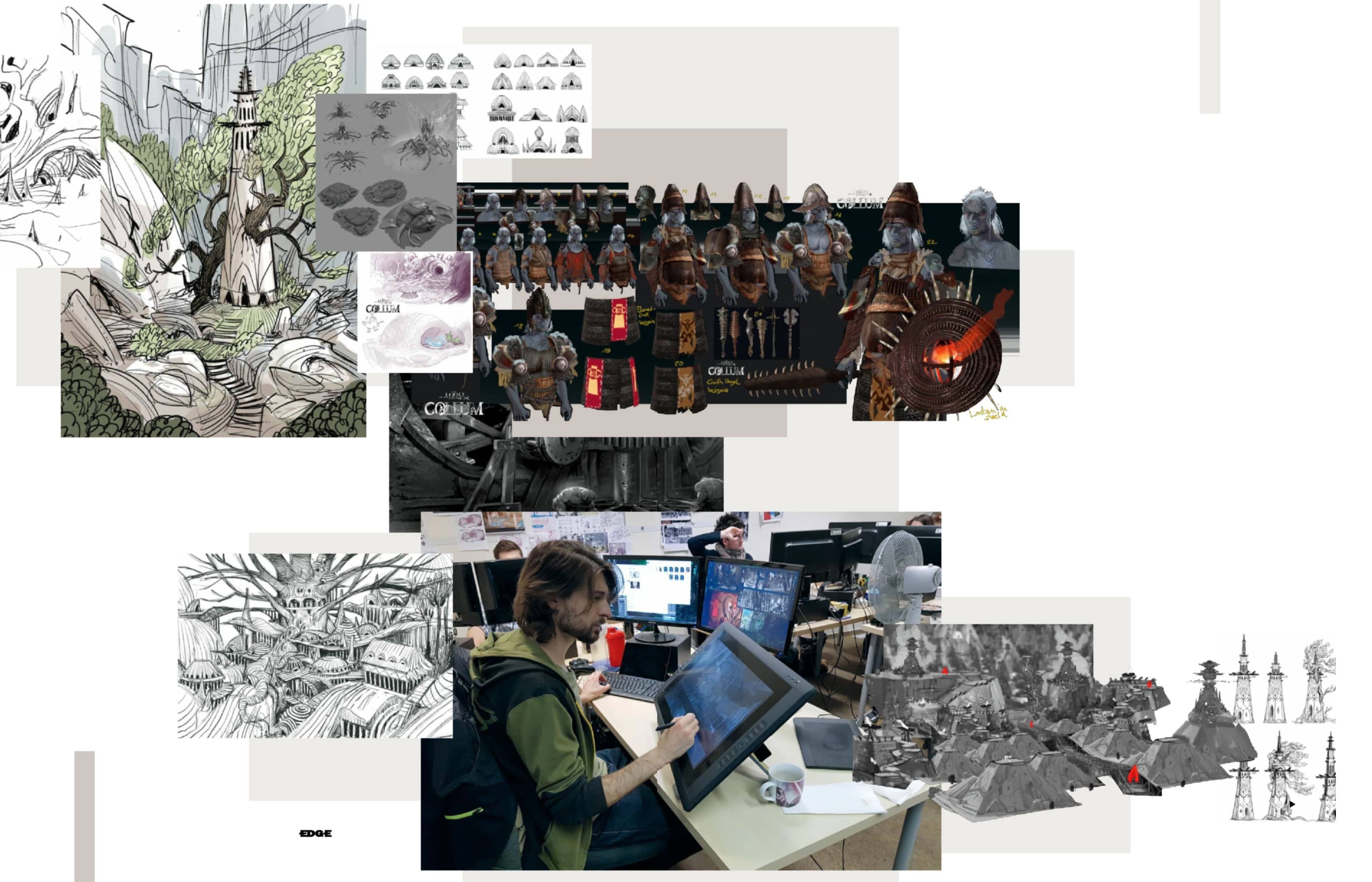 Under the skin of Gollum, a next-generation Lord Of The Rings game

The quest to make a Gollum game begins with the recognition that nobody wants to be Gollum. In case you haven’t had the pleasure, Gollum is the scurrying, gangrel creature who, in JRR Tolkien’s The Lord Of The Rings, joins Frodo Baggins on his journey to return the powerful One Ring to its fiery birthplace. This comes a few centuries after Gollum, then an amiable bumpkin named Sméagol, murdered his own cousin for possession of the Ring and took it into the mountains, where it slowly mangled his body, shattered his personality and spurred him to all manner of evil. “This is really not a character you want to spend 20 hours with,” Daedalic’s art director Mathias Fischer admits. “So our biggest challenge was to make him a bit more sympathetic, a bit more relatable. Maybe brush over the fact that he’s eaten children.”

If you are familiar with Gollum, it’s probably thanks to Andy Serkis’ frothing, motion-captured performance in Peter Jackson’s film adaptations. But the truth is there are many Gollums, much as there are many renditions of Middle-earth besides the glorious, sweeping antipodean landscapes of Jackson’s movies. “Tolkien didn’t give a size reference for Gollum to begin with,” Fischer notes. “So in the first illustrations, he’s gigantic! He’s like a monster emerging from the swamp.” There’s also the fuzzy green insect you meet in Gene Deitch’s 1966 animation, and the skinny black lizard from 2003’s The Hobbit videogame. Daedalic’s interpretation – whose final design is kept tantalisingly off-limits during our trip to the company’s Hamburg offices – looks like none of these, but nor does it resemble the character’s most famous incarnation. 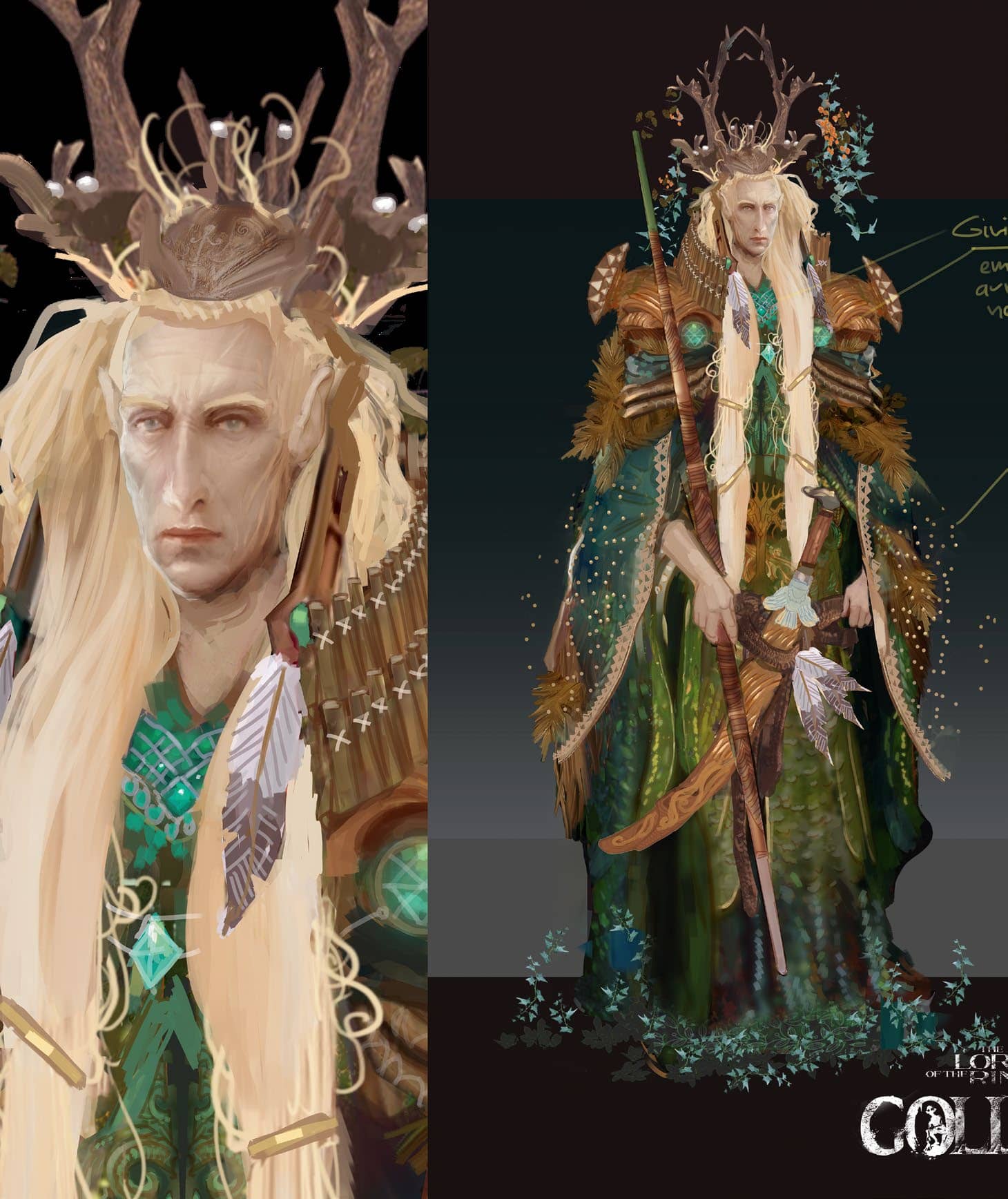 “We don’t want to displease the folks who have only seen the movies,” senior producer Kai Fiebig tells us. “But in short, he doesn’t look like Andy Serkis. We started with the person he was and then evolved him. You can see that this was once something like a human being, before the Ring corrupted him. We have more storytelling possibilities than the movies ever had, and for us, it was very important to show a different set of emotions. We need somebody you could almost love, and on the other hand somebody you can really be afraid of. And at some points, trust me, you will fear him.”

A stealth-action adventure with an intriguing dual-personality mechanic, gigantic levels and a densely wrought aesthetic inspired by Tolkien’s own drawings, Gollum is a crucial game for Daedalic. It’s a long-sought chance for the developer to escape its niche as a purveyor of point-and-click adventure games. But it’s no less important an opportunity for The Lord Of The Rings as a universe – a way of escaping the long shadow cast by the movie trilogy. In thrusting you into the divided mind of Middle-earth’s least lovely creature, the game will take you to places the films never dared tread, and unearth ways of seeing Middle-earth long-buried by Jackson’s soaring cinematography. Slated to launch in 2021 on “all relevant platforms”, it’s also one of the first next-generation console games we’ve had the chance to discuss in depth. 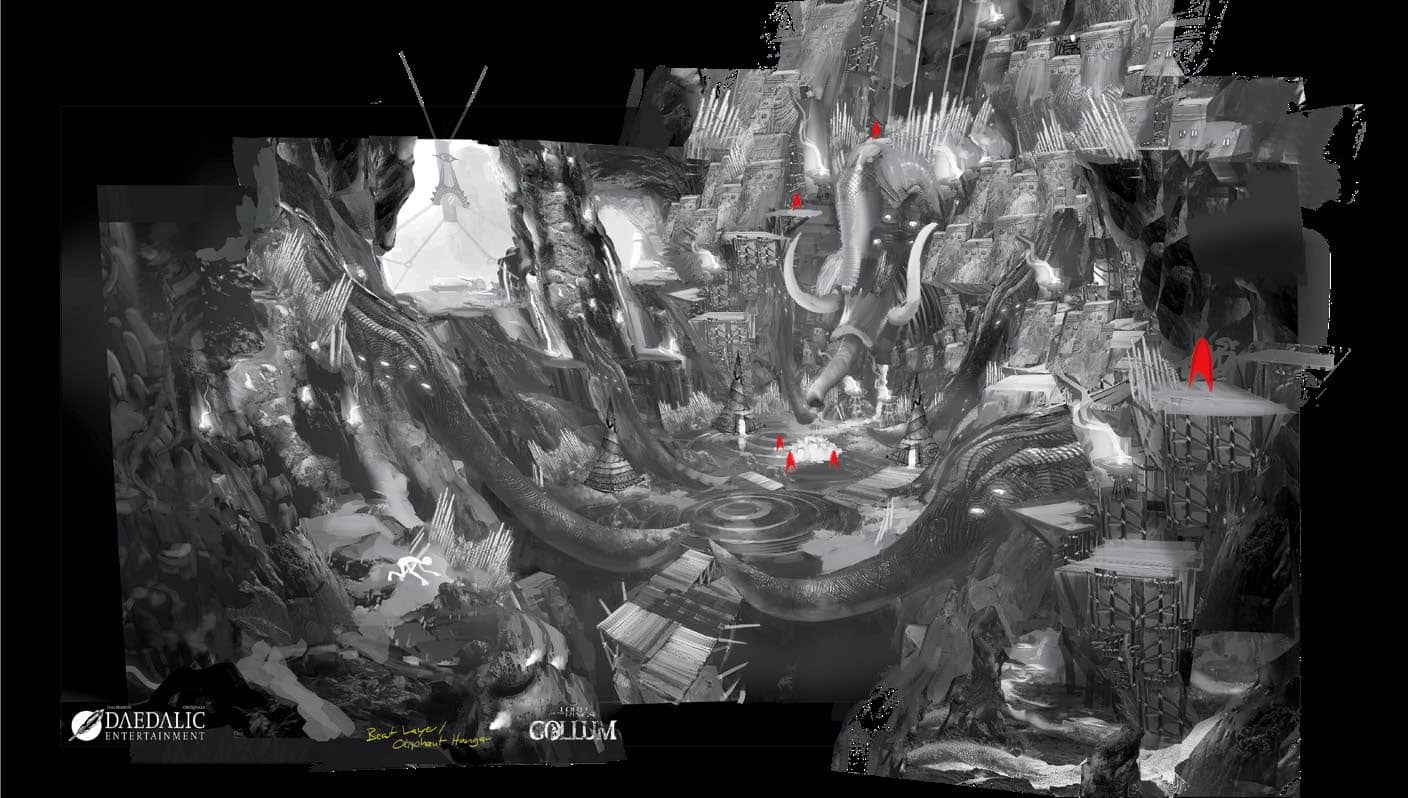 Founded in 2007 and numbering around 80 people, Daedalic is a company at a crossroads. It has made waves as the publisher of indie games such as Barotrauma, but remains best-known for adventure games, such as its respected flagship sci-fantasy series Deponia. As CEO Carsten Fichtelmann concedes, this commitment to a genre so driven by narrative risks becoming a weakness in the Let’s Play era.

“When it comes to classic adventures, we have a situation where there’s still a big audience, but they’re interested only in watching this kind of content,” he says. “We’ve seen lots people enjoying our last Deponia game and State Of Mind, but on Twitch or YouTube. The number of those people who buy the games is not comparable. We don’t have a solution for monetising the spectator audience. This is one of our problems, and the reason we’re shifting a bit into other genres. With Gollum, obviously there’s storytelling, but mainly it’s an action game.” Fichtelmann recalls American consultants referring to Daedalic as the “Telltale Games of Europe” – he is naturally keen to avoid the latter’s ignoble fate. “They had really big brands, Batman and so on, but when you finally see their numbers, it explains why it ended the way it ended.”

Daedalic has accordingly spent the past decade experimenting with different genres, including an action roleplaying project, Blackguards, and a realtime strategy game, A Year Of Rain. Though hardly mind-blowing success stories in themselves, these projects have given Daedalic vital experience, particularly as regards how to get the most out of Epic’s Unreal Engine. In the end, however, it was Daedalic’s reputation as a spinner of yarns that landed it the keys to The Lord Of The Rings.

Fichtelmann first approached Middle-earth Enterprises about a Lord Of The Rings game in 2014. His original pitch wasn’t for a Gollum game and wasn’t accepted, but the licence-holder was impressed by Daedalic’s familiarity with Tolkien and its relative disinterest in combat. “I think what helped us is that they were a little disappointed that all the Lord Of The Rings games were about slaying Orcs,” publishing director Jonas Hüsges tells us. “The books are obviously about a little more than that.” The two companies kept in touch over the next two years, even as Daedalic sunk its teeth into another book-to-videogame adaptation, Ken Follett’s The Pillars Of The Earth. “I don’t know what finally convinced them,” Fichtelmann says, “But we saw them at one GDC, and we saw them at the next GDC, and finally we went into real negotiations.”