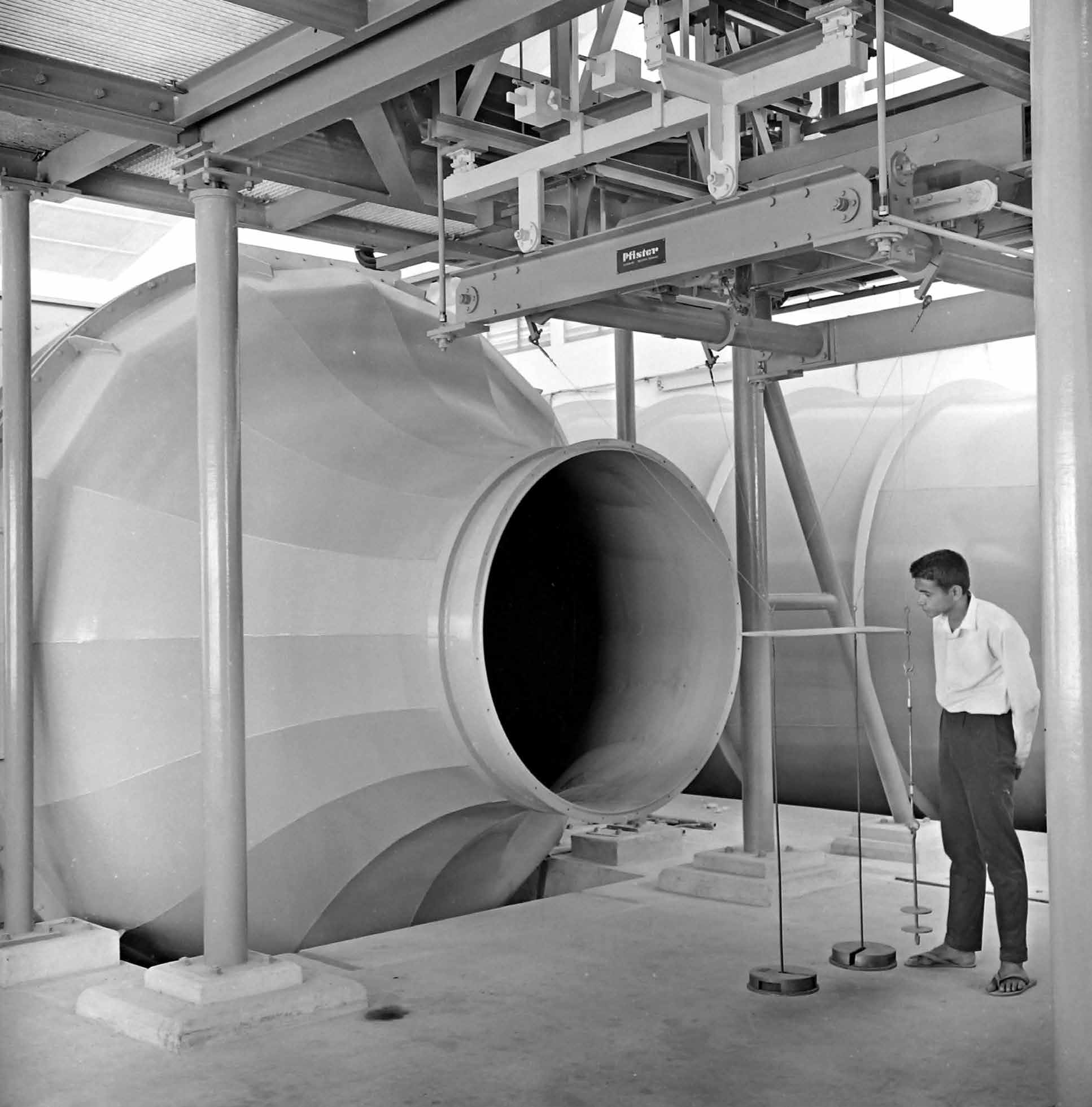 Caste and the delusion of “merit” in Indian higher education

THE GREAT ENGINEERS OF MEDIEVAL INDIA were mainly Shudras. Members of the lowest varna in the caste hierarchy, the Shudras produced a steady supply of architects, builders, stonemasons, bronze sculptors, goldsmiths and other professionals. Sometimes called the Vishwakarma community, these artisans and craftsmen worked in hereditary guilds. They studied structural design, mathematics, material science and the artistic conventions of the day. Commissioned by kings, merchants and Brahmins—who disdained all manual labour themselves—the Shudras, aided by the labour of those considered “untouchable” and outside the varna hierarchy, built all of India’s engineering marvels, including its grand temple towns, magnificent cities such as Vijayanagar and medieval fort-palaces.

Take for instance the town of Khajuraho a thousand years ago, where Shudra artisans, in large workshops, conceived and carved their artwork and taught apprentices amid the sounds of hammers and chisels. Inscriptions show that with rising proficiency, artisans gained new titles. A skilled artisan was called Silpin, who sometimes inscribed his name on his creations, including on panels of erotic art with playful moods and delicate emotions. With higher skill, he became a Vijananin. A few became adept enough to be called Vaidagdhi Visvakarman, masters who went beyond mere technicalities of craft to conceiving large architectural projects and the finer aesthetics of art, winning much respect, social status and economic rewards. The Shudra domination of the engineering profession in India continued well into the colonial era.

By the late-twentieth century, however, things had changed dramatically. In my incoming class of 1985 at the Indian Institute of Technology, Kharagpur—one of five IITs founded between 1951 and 1961 that had become the premier engineering colleges of India— Brahmins were by far the largest caste group. Most of the nine students I shared a hostel wing with were Brahmin, and all belonged to dominant castes. Our faculty and student body were almost entirely upper caste, representing less than twenty percent of Indians. There were hardly any Shudras, who comprise about half of the country’s population. Moreover, this utterly ahistorical domination of engineering education by the upper castes was now accompanied by their baffling claims of “merit”—implying that they had a higher natural talent and aptitude for engineering work than others. How did this extreme professional transformation come about? 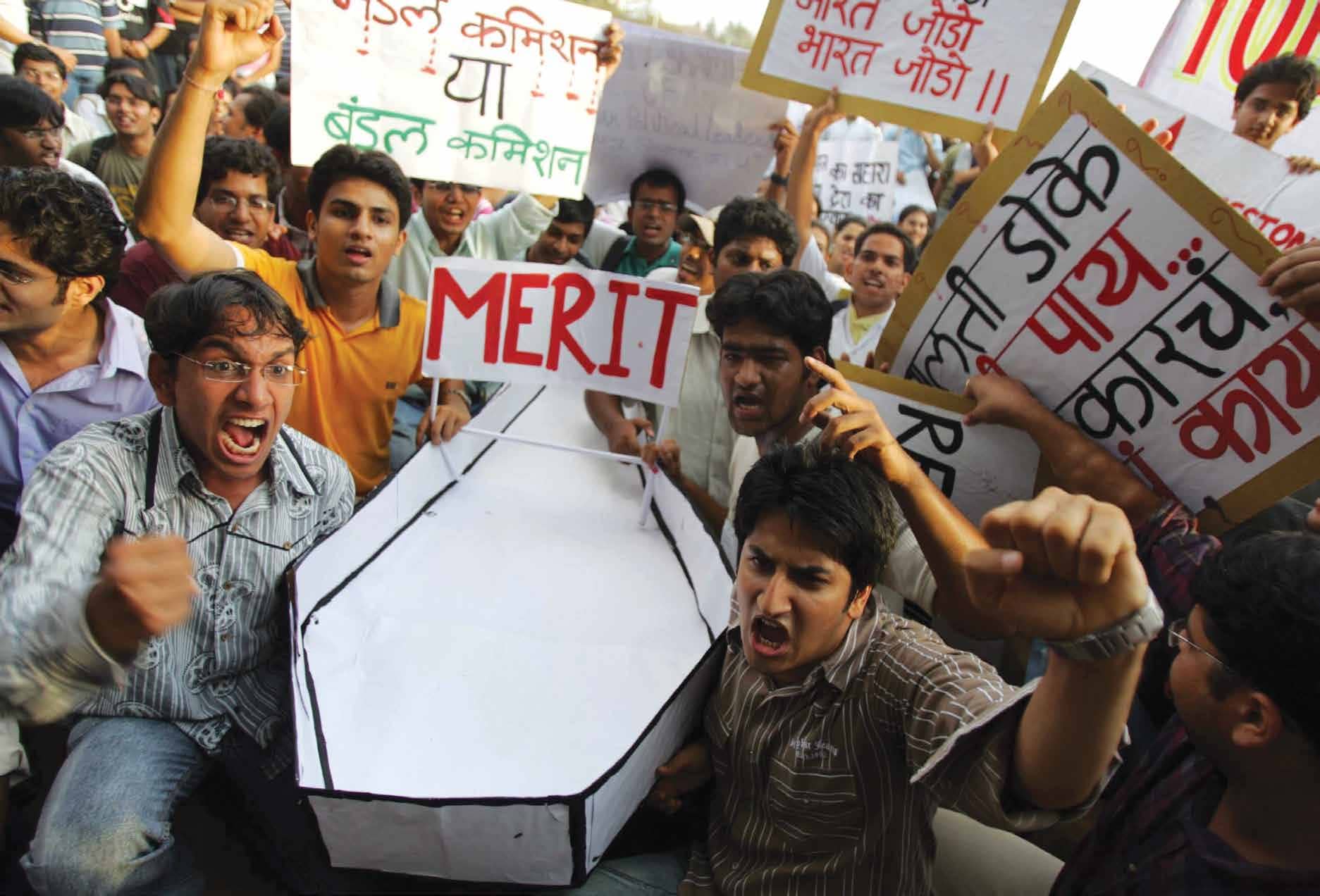 The causes and contours of this great transformation are the subject matter of Ajantha Subramanian’s The Caste of Merit: Engineering Education in India, an original, incisive and scrupulous work of historical anthropology that was published last year. Subramanian, a professor of anthropology and South Asian studies, locates the start of this change in nineteenth-century British India, when new social and economic forces began shifting technical knowledge “from guild to state, shopfloor to classroom, and lower to upper caste.” She explains how, in less than a century, the engineering profession in India “went from being the purview of lower-caste artisans to becoming integral to state power, economic development, and upper-caste status.”

With a particular focus on IIT Madras and Tamil Nadu, Subramanian explores the psychology and the demographics of India’s new engineers, and the politics of caste, class and reservations. Of Tamil-Brahmin lineage herself, she exposes upper-caste stratagems to both obscure and perpetuate their inherited social and cultural capital—mainly by attributing their professional attainments to their aptitude and innate brilliance, or “merit.” Indeed, such claims constitute a long-standing conspiracy of ignorance about the role of caste in shaping not just IIT education but all professional higher education in India.

Such claims of “merit” are abundant too. During my years in Silicon Valley in the United States, a common sentimental trope I often heard among IITians was that they had built their fortunes after starting with just two suitcases. The implication was that they were self-made and fully deserved their rewards. I found it amusing, this erasure of their place at the apex of India’s social hierarchy and all the unearned social capital that had led them where they were. Their success as non-white entrepreneurs in a highly visible industry, Subramanian writes, “has deepened their investment in a narrative of humble middle-class origins in which the brain is elevated as the sole form of capital and histories of caste are strikingly absent.” She notes that Indian Americans are predominantly upper-caste, with Dalits and Adivasis making up, at most, three percent of Indian immigrants. She adds that “the illegibility of caste in the United States has made it easier to draw a seamless equation between being upper caste, being Indian, and having ‘merit.’” Indeed, “caste privilege is consistently misrecognized as middle-class labor and racial talent” and IITians in the United States are seen “simply as naturally gifted, if hardworking, Indians.” Given their ancestors’ disinterest and disdain for engineering work, how did the upper castes pull off this amazing makeover? 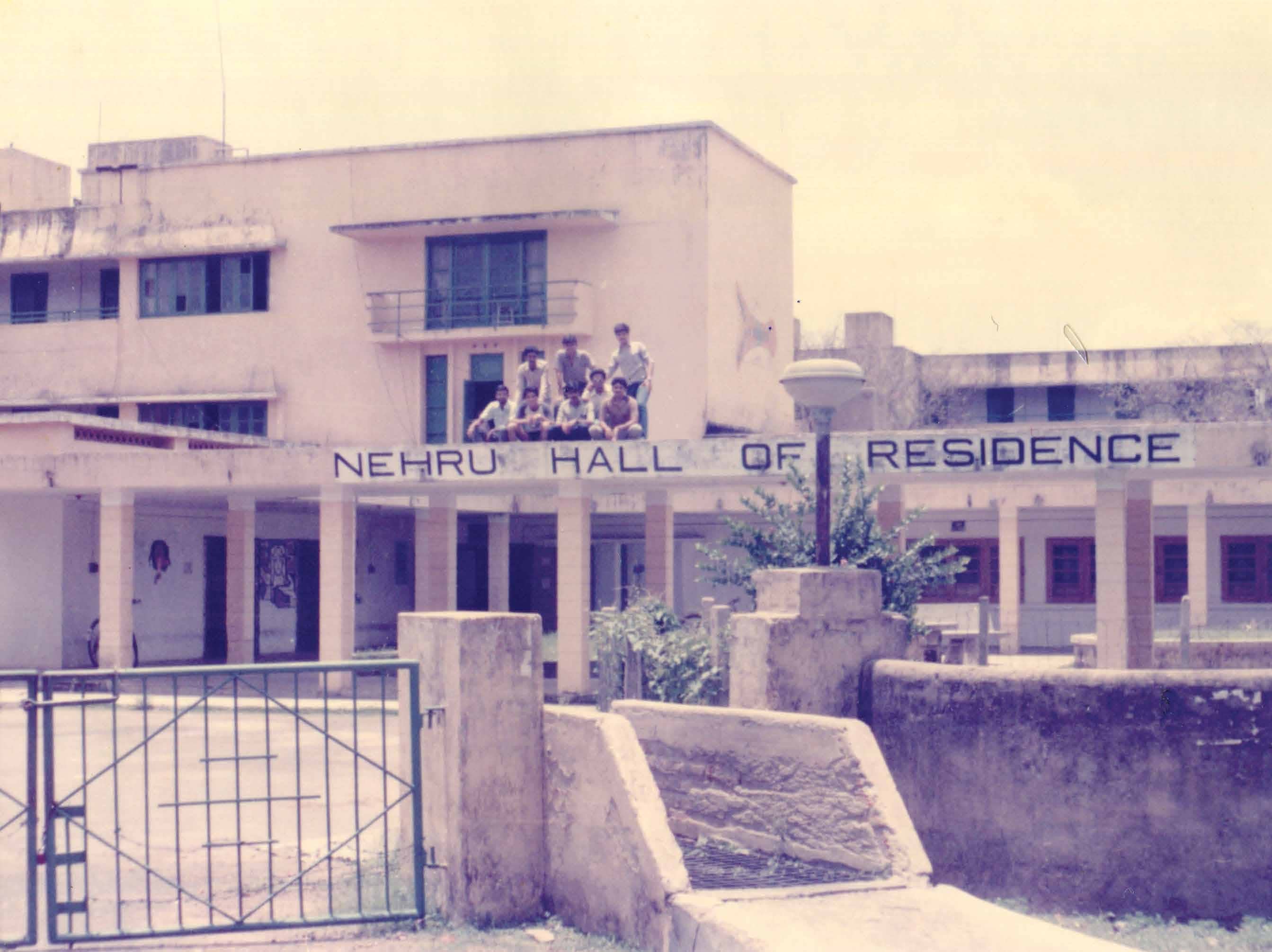 IN THE NINETEENTH CENTURY, colonial administrators such as Thomas Babington Macaulay and Indian modernisers such as Rammohan Roy, for their own reasons, advocated a more modern and practically beneficial education open to all—in disciplines including law, medicine and engineering—rather than education in classical literature and the arts, which at the time was pursued only by the elites. Subramanian rightly points out that, for the British, the promotion of modern education in the English language was “intimately linked to the goal of expanding the presence and power of the colonial state.”

A lively debate took place over how best to produce a new cadre of Indian engineers. Should the government create modern engineers by building upon the deep foundation of India’s native engineering traditions? This would mirror the historical process in Britain, where the leading engineers of the day had risen through a system of guild pupilage and were trained on the job—in Britain’s new factories, offices and workshops. This approach prioritised hands-on learning and honing of “technique.” A competing approach then gaining ground in Britain and other European states was a new model of engineering training emphasising a period of textbook learning in a school. It imparted formal education in mathematics and applied science prior to the acquisition of hands-on skills. This method naturally favoured the literate classes and henceforth split engineering training into a vocational track and a university track, though even in the latter case European engineers continued to greatly value hands-on labour and skill.

Far more than in Britain, where private efforts led the way, the dissemination of modern engineering education in India became a project of the colonial state. The university approach gained ground in India from the late-nineteenth century. In “elevating the classroom as the new site of technical knowledge,” Subramanian writes, “education planners marginalized those who had technique in favor of those schooled in reading and writing.” This combination of classroom education and state employment was decisive. Engineering began attracting an elite class of Indians who coveted the status and prestige of jobs associated with the colonial state. After the first college of civil engineering at Roorkee in 1847, where students lived in style and dressed for dinner, three more civil-engineering colleges came up by 1880, in Poona, Madras and Calcutta.

But not all was well with this new crop of engineers. The British felt that they lacked “practical sense,” Subramanian writes. As a British officer put it, they lacked “the grit and common sense which mark the engineer.” This was not mere racial prejudice. “With the shift to classroom education,” Subramanian writes, the targets of this critique “were the upper castes, not the artisans whose practical orientation and technical capacity were evident. While regarded as well suited for higher education, upper castes were also seen to be singularly lacking in practical skills.” They were lured by “professional engineering programs that promised social status and well-paying careers” in the public-works departments, but they avoided “anything that smacked of manual labor.” The upper castes certainly stayed away from “vocational and industrial schools set up by European missionaries and government officials.” Two other British officials, in their report on technical education in India in 1911, claimed that “the general disinclination for hard physical labour on the part of the average educated Indian is the chief cause of failure in the technical education of the India of today.”

Many colonial officers felt that “caste affinity and social embeddedness undermined the professionalism of Indian engineers,” Subramanian writes. “For instance, one British engineer expressed discomfort with Indian colleagues and superiors by complaining that they ‘would listen to the grievances only of fellow caste men when on inspection tours.’” Indians sought out engineering colleges “where caste practices of purity and pollution were maintained,” especially at the dining table, and where technical training was minimised. This is how modern engineering entered Brahminical society, reflecting attitudes with a long lineage—the famous Persian traveler Alberuni, for instance, had noticed in the eleventh century that even the scientists among Brahmins held on to ideas of purity and pollution.

But despite frequent British complaints that these Indian engineers devalued technical work, or that manual labour was “considered derogatory by upper-class Bengalis,” class locations meant that upper-caste engineers, compared to Shudra artisans, got along better with the British. Their class even served as native informants, so they were not only tolerated but preferred by the British. Soon, the Indian members of “the two main professional engineering bodies in the British Empire—the Institute of Civil Engineers and the Institute of Mechanical Engineers … were all upper caste and mostly Brahmin.” About the situation in Madras Presidency, Subramanian writes:

Between 1901 and 1951, approximately one-third of the total increase in urban population was in white-collar employment, and it was in this sector that Brahmin dominance was most apparent. Brahmins’ early exposure to English literacy and modern education, in part through the efforts of Christian missionary societies, became a significant advantage with urbanization. Despite being only 3 percent of the regional population, Brahmins were overrepresented in higher education and government service, where they constituted 70–80 percent of graduates and native employees.

Around 1918, Daivasikhamani Achari, a Shudra leader, complained about “the injustice of favoring upper castes at the expense of artisans,” given “the complete dissociation of the intellectual class in the country from its industries.” He noted that the upper castes looked down on manual work as degrading and “treated with contempt the artisans and craftsmen who carried on the industrial work of the country.” Indian modernists such as the economic nationalist Hanumantha Rao worried about this weakness among upper-caste folk and, as Subramanian writes, desired “a broader transformation of cultural prejudices against embodied labor.” Technical labour is itself a source of knowledge, Rao argued, and our cultural worldview must be transformed so it accords a high value to it, making it “foundational to both education and nation-building.” Others argued that such transformation would not occur unless upper-caste attitudes were modernised.