After One Year Of Yogi Sarkar, Masses Await Development 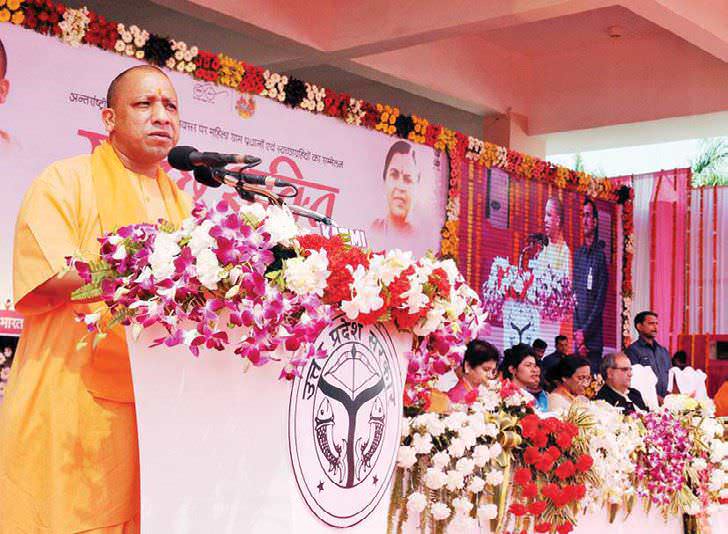 The performance of the BJP government led by chief minister Yogi Adityanath is far from satisfactory in Uttar Pradesh, a politically significant and volatile state. It’s time for him to give up communal rhetoric and focus on meeting his poll promises pertaining to people’s well-being.

Almost a year ago the fire-brand and provocative BJP leader Yogi Adityanath had assumed the top job of chief minister of the most populous and politically crucial state in the country, Uttar Pradesh. Since then he has emerged as the most-favoured choice of the Sangh Pariwar.

The RSS has projected the saffron-clad Yogi as a brand ambassador of Hindutva across the various states and extensively used his potential in Gujarat, Himachal Pradesh, Telangana, Tripura and now in the upcoming Karnataka elections. It is strongly felt in BJP circles that extensive rallies during the UP assembly elections have paved the way for Yogi to carry on the agenda of Hindutva for the upcoming assembly and parliamentary elections in 2019.

Massive criticism of polarisation and upsurge of Hinduism has poised multiple challenges before chief minister Adityanath to soften his hardcore anti-Muslim image. In his first public rally after becoming chief minister at Gorakhpur, such signs were initially evident as he said, “I am not against Muslims but against the policies of previous governments who were bent upon to appease them. My government will do development of all but appeasement of none”. However, later on such softness vanished and he went back to the old inherent rhetoric.

Adityanath, who is a strong votary of construction of a Ram temple at the the disputed Babri masjid site in Ayodhya, spearheaded BJP’s Hindutva campaign in eastern UP and continued his ventures even after becoming chief minister. He celebrated Diwali by lighting 1.71 lakh earthen lamps on the banks of river Saryu in Ayodhya. Later, he went to Barsana in Vrindavan to celebrate Holi and Varanasi to celebrate Dev Dipawali. When a journalist asked him if after Diwali and Holi will he celebrate Eid, his reaction was furious. “Why should I celebrate Eid, I am a devout Hindu,” he had said. His comment attracted criticisms as it came from a chief minister who took oath to uphold the Constitution and is expected to be a religion-neutral person. Later, he altered his comment by saying that everybody is free to practice their rituals.