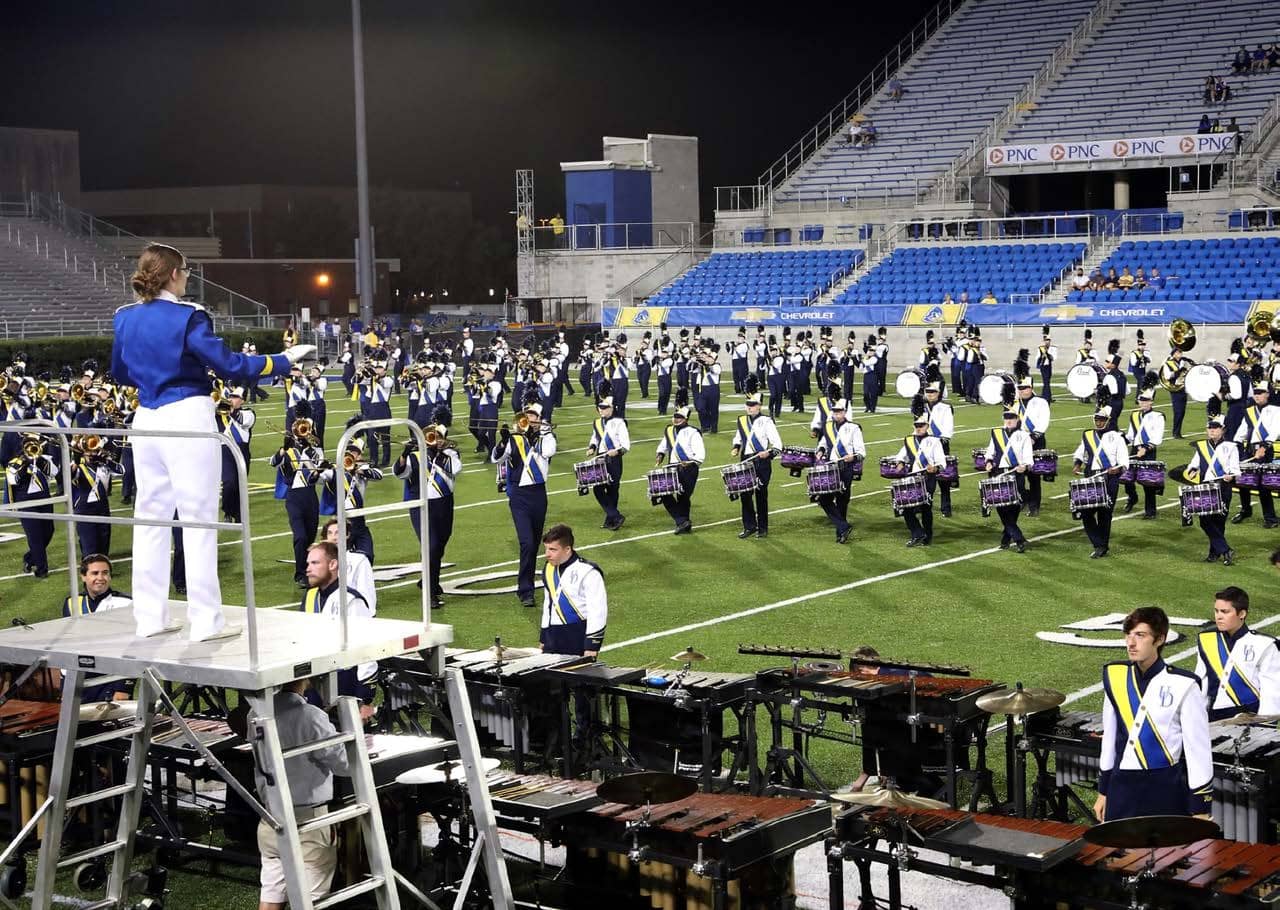 From aspiring hopeful to drum major, from student to teacher, and from motivated to motivator, a drum major grows by leaps and bounds during her time on the podium with the University of Delaware and with the George N. Parks Drum Major Academy.

When the University of Delaware Marching Band (UDMB) completed its diminuendo at the end of “Music of the Night,” I felt myself breathe for the first time in the previous eight minutes. It was my senior year in high school in 2015 and my third time being a spectator at the Collegiate Marching Band Festival (CMBF) in Allentown, Pennsylvania. At that year’s extravaganza, I watched and admired what I hoped would be my future alma mater.

I’m going to be in that band. I will be on that field this time next year. Then my thoughts were cut off with the famous chords from “The Phantom of the Opera,” embellished by a beautiful fabric flyover and a Phantom that vanished in front of our very own eyes.

Already on my feet, I whooped and applauded until my hands were red. After the cutoff, I turned to my friends and screamed, “THAT’S MY BAND!”