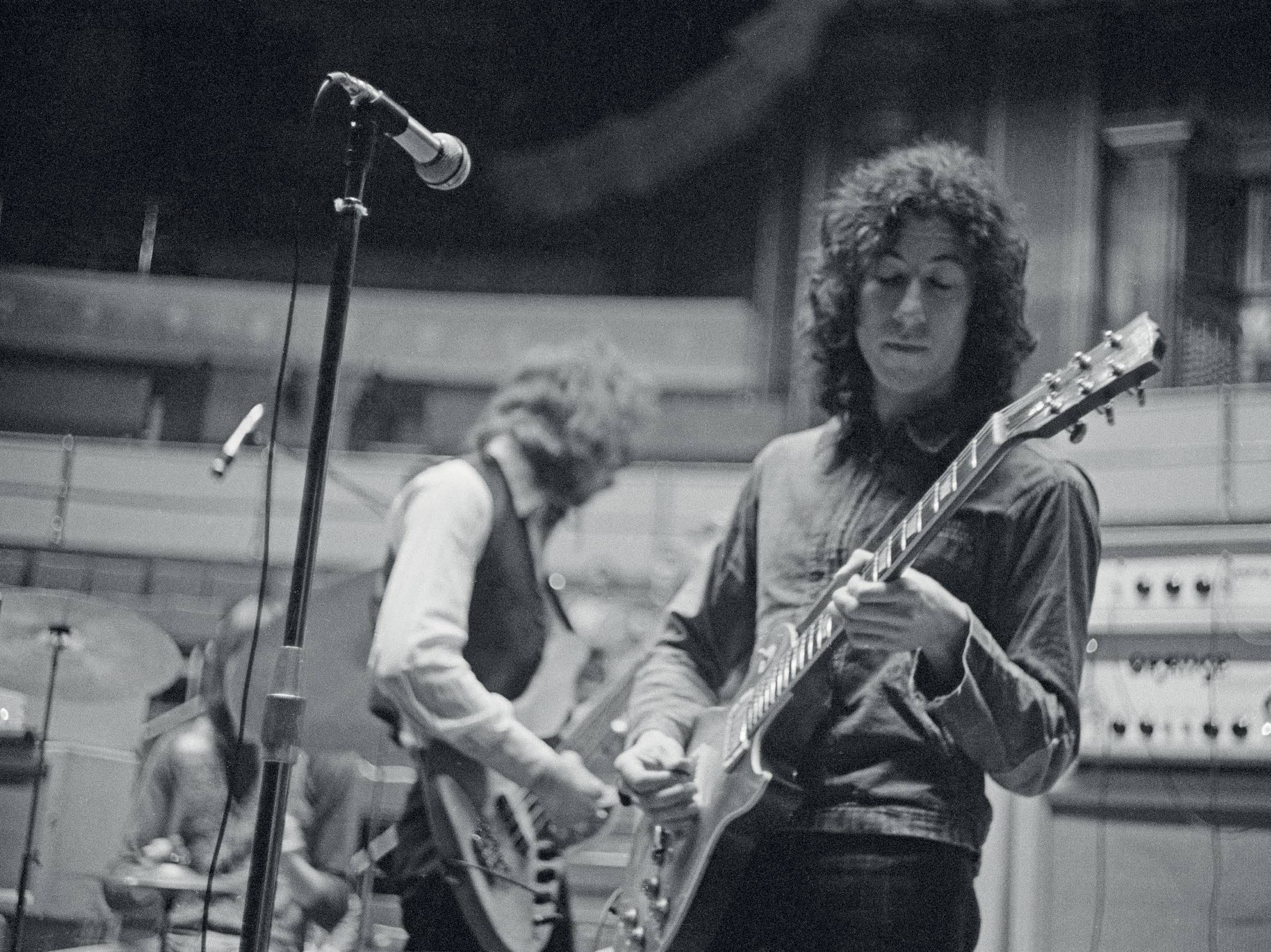 HE TURNED HIS BACK ON FAME, FORTUNE AND SANITY TO BECOME A BLUES-ROCK LEGEND

I SPENT A considerable amount of time in the late Sixties lying on the floor of my girlfriend’s bedroom, listening to an album called A Hard Road by John Mayall and the Bluesbreakers. It featured an exciting newcomer to the British blues scene at the time — a guitarist named Peter Green, who had accomplished the Herculean feat of replacing Eric Clapton in Mayall’s band. By this point, Mayall’s previous disc — Blues Breakers: John Mayall with Eric Clapton, the so-called “Beano album” — had already become the stuff of legend. This was the era of “Clapton is God” graffiti.

But Green’s work with Mayall offered a different, and arguably deeper, dive into the mysterious, mystical thing that we call the blues. Green didn’t dazzle in the same way that Clapton did. Instead, he reached right inside your chest and wrenched your heart from its cavity. But to say, as some have, that Green favored emotional expression over technical virtuosity also sells him short. There’s a high degree of mastery in his work with Mayall and the band he went on to found — Fleetwood Mac. But Green deployed that mastery from a place of humility with respect to the grand tradition of the blues. He saw the electric guitar not as some kind of macho superstar phallic symbol, but as an implement with which we can claw and scrape our way to the essential truth of the human heart.

Sadly, the great heart of the man we knew as Peter Green stopped beating on July 25th of this year. He was 73 and died in his sleep. Not much more is known about his passing at the time of this writing.

It’s tempting to compare Green with another great, late-Sixties guitar hero, Mike Bloomfield. Emerging during a seminal period in the development of blues-based rock music, both men played enormous roles in forging an electric guitar aesthetic that is still going strong today. Along with Clapton, both Green and Bloomfield did much to make the 1959 Gibson Les Paul Standard the Holy Grail instrument for blues and rock players. But, having accomplished all that, Green and Bloomfield both flamed out early. Two sons of Jewish families — one from Chicago, the other from London — they were both profoundly uncomfortable with fame and money. Both saw these things not as rewards that you get for creating music that touches people’s hearts, but rather as hindrances thereunto.

Peter Allen Greenbaum was born in Bethnal Green in East London on October 29, 1946. Coached by an elder brother, he began playing guitar at 11, and by age 15 was performing professionally in a variety of “footnote to rock history” London-based bands. His big break came in October 1965, when John Mayall recruited him to fill in for an AWOL Eric Clapton on four Bluesbreakers gigs. Mayall was a kingpin of the emergent British blues scene, sometimes called the Godfather of British Blues. So to play guitar in his band was confirmation that one had arrived.