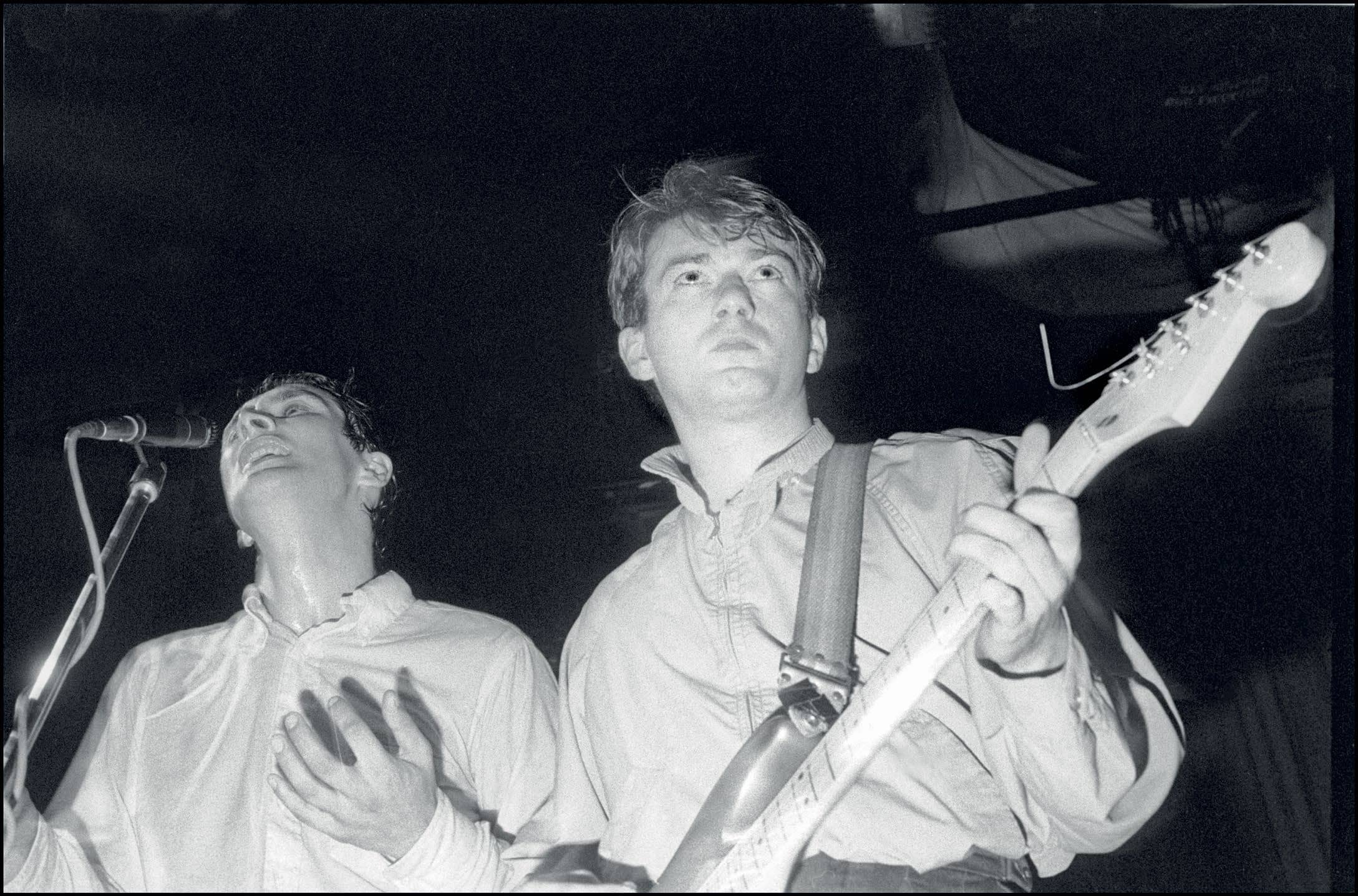 “WHAT COMES NEXT?” That was the essential question for forward-thinking rock aficionados back when the late Seventies gave way to the early Eighties. Punk had blown open a big, gaping hole in the rock firmament, tearing down the clichés that had attached themselves to the music over the course of previous decades, toppling its sacred cows and even challenging the very existence of rock as a consumerist, capitalist commodity. The time was ripe for a totally new kind of music, one born of the empowering artistic license that punk had granted all of us who had heard its clarion call. But what, exactly, might that sound like?

One of the most compelling answers to that key question came in the form of a 1979 album, titled, with maximum irony, Entertainment!, by a British quartet called Gang of Four. The sound was stark, bonedry and confrontational. No big reverbs pumping anything up. No production sheen. No fake feel-good bonhomie. Just the elemental truth of guitar, bass, drums and the human voice.

Gang of Four guitarist Andy Gill, who died of pneumonia on February 1 of this year, probably would have hated to have his guitar work singled out for praise. The whole idea of Gang of Four was that every instrument was to have an equal role — “democratic music,” they called it. “Every part of it had to be radical,” Gill said in 2005. “It was building musical tension in a very precise way.”

But there’s no denying the enormous impact of Gill’s iconoclastically eclectic approach to electric guitar playing. The time demanded a style completely devoid of blues licks, power chording, showboat solo histrionics or any of the other standard tropes of rock guitar. Gill rose to the challenge by walking a perpetual tightrope. His style was rooted in mechanistically tight, clean chording inspired in equal parts by reggae and funk. But at any moment, all that studied precision could erupt into squalling bursts of brutal feedback disrupting the music’s brooding rhythmic thrust like a terrorist bomb attack.

I was fortunate to witness Gang of Four in concert at Irving Plaza in New York in 1980. It was one of the most intense, harrowing rock performances I’ve ever witnessed. By the third song, Gill and his bandmates — bassist David Allen, drummer Hugo Burnham and vocalist Jon King — were completely drenched in sweat.

Gill was an imperious figure onstage, squarely at the center of the melee, yet also oddly detached, like some kind of Zen android. This latter quality Gill sometimes attributed to the influence of British pub rock guitar icon Wilko Johnson, whose machine gun rhythms also impacted Gill’s playing style.