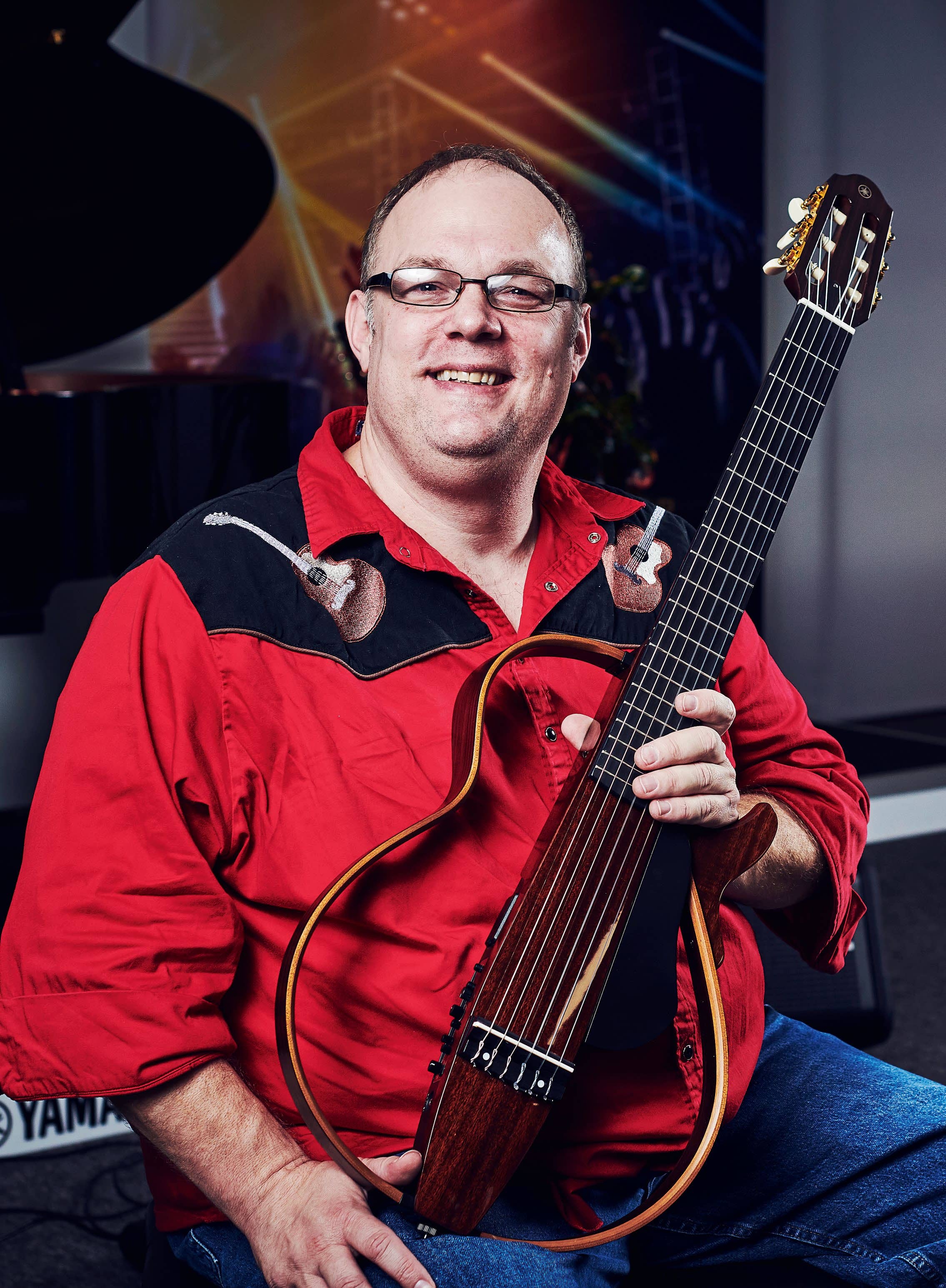 Tommy Emmanuel once said, “If you like my playing, you should hear Richard Smith…” As far as accolades go, that one’s not easily beaten. Here at Guitarist, we first became aware of Richard’s extraordinary talent face-to-face back in the 1990s when he paid us a visit at our offices and brightened up the afternoon with a jaw-dropping private performance – and in those days, he was still in his 20s. British born but now resident in Nashville, Richard is acknowledged as one of the very finest acoustic guitar players around, touring constantly and only stopping off occasionally to deliver one of his insightful clinics.

Going back to his roots, then, Richard started to play at a very young age. “I was five,” he nods. “My dad had the Play In A Day book, Bert Weedon, so that’s how he was learning and he showed me the chords to Down South Blues, which was on The Atkins-Travis Traveling Show record. He’d figured that out and that’s what got me started. I asked my dad, ‘Can you show me that?’ And that was all there is to it. You only have to do it once and you’re addicted,” he laughs.

What followed on from your early adventuring with classic blues? Did you have any formal training on the guitar?

“I did. I was about seven or eight. I had a few lessons with a guy by the name of Chaz Hart. I think he was in Sutton, Surrey, or somewhere not far from me. Really, it was to teach me to read music and I never really picked up on that because I was playing everything by ear, that’s how I’d learned. So instead of reading the music, he’d play it and then I’d play what he played, instead of looking at the music. I kind of regret not learning to read well. I know what the stave means and I know the rhythm, and I know it well enough to be able to write cello parts for my wife to play. Now, with Finale and Guitar Pro and stuff like that, if you’ve made a mistake it will play it back for you and you’ll know soon enough.”

Was classical guitar included in your early studies, too?

“Yes, a little bit. But I didn’t really study formal classical guitar for any length of time. I studied some of the repertoires, though, so I’ve got some of it under my fingers. I think it’s always good to take a few classical guitar lessons. It doesn’t matter what style you play. It pays you to take some formal training, because it just teaches you all the basics of music and it teaches you what you’re doing. “It doesn’t matter whether you’re a jazz guy or a heavy metal guy or whatever you’re playing, I think it really pays to study. If you study Bach – even just a few numbers – I think it’s going to help anything that you’re doing.”

At which point did you begin to think about playing professionally?

“I must have been young. I think I was maybe seven or eight, I loved it that much. Of course, you’re not really thinking seriously about anything at that age, but I guess by the time I got to seven or eight or whatever I’m thinking, ‘Yes, this is what I want to do for the rest of my life.’”