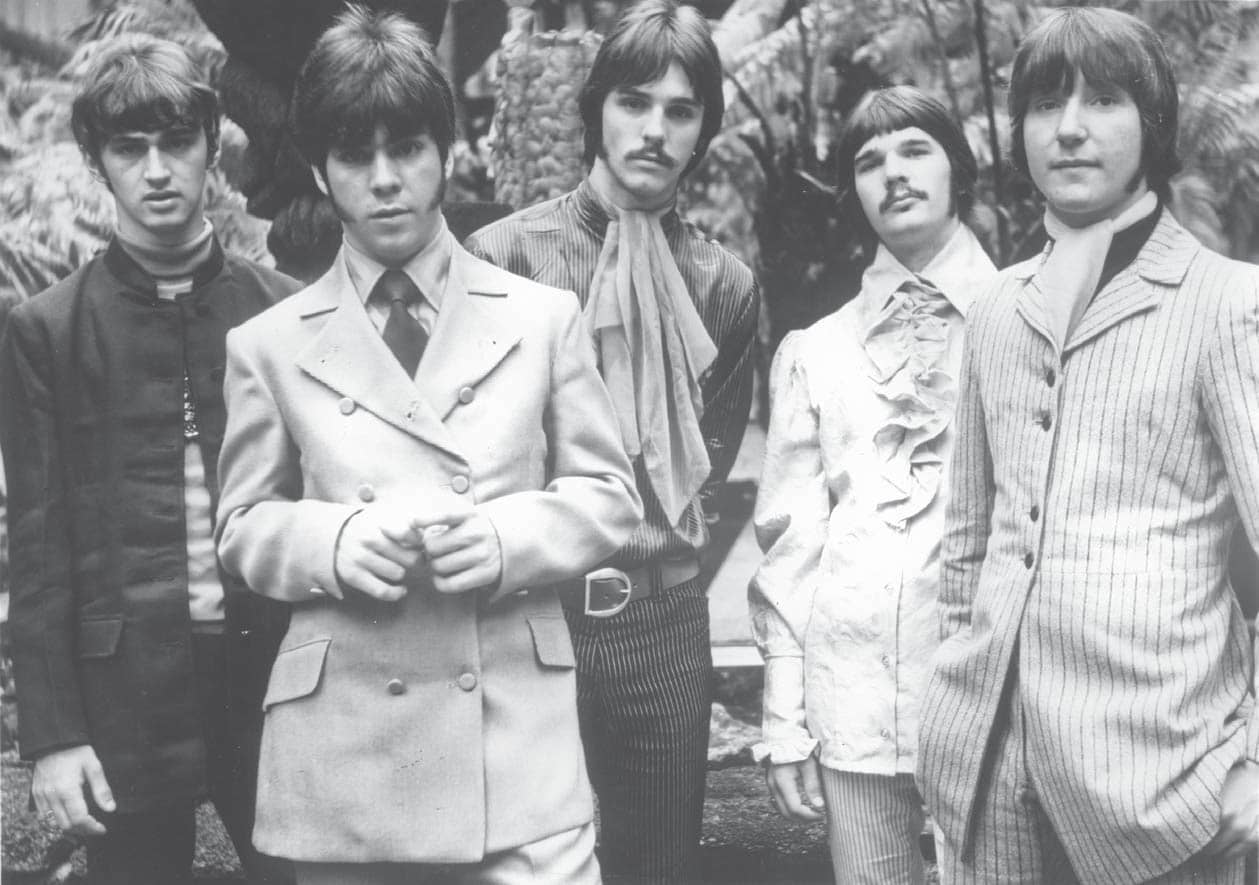 THE FOUNDING OHIO EXPRESS MEMBERS KNOWN FOR PERFORMING THE BUBBLEGUM ROCK HITS “YUMMY YUMMY YUMMY” AND “CHEWY CHEWY” ARE SET TO BRING BACK THE FUN.

Our Northeast Ohio music coverage from 1960s bands continues. Recently our articles in print and online featured interviews from members of Cleveland’s pre-Raspberries band The Choir. When their song “It’s Cold Outside” was No. 1 on Cleveland radio in 1967, the song in the No. 2 position was “Little Bit O’ Soul” by The Music Explosion, who lived just 90 minutes southwest in Mansfield. Later that year, another band from that city would be heard on the radio.

It was the stuff of rock and roll dreams, at the start. Five kids in Mansfield, Ohio, formed Sir Timothy & The Royals. Two managers from New York, Jerry Kasenetz and Jeffry Katz, signed the band to their Super K Productions roster. Rechristened as The Ohio Express, the band toured relentlessly, played shows with the biggest artists of the 1960s, and recorded their own songs, hoping their next single will be a hit. But not all dreams come true. Eager to pump new songs onto the radio, Super K Productions began to use studio musicians to play and sing all of The Ohio Express’ hit singles. Their name was on radio, but it was really someone else. Just over a year after the adventure began, The Ohio Express that people had seen on stage and TV had broken up.

With original drummer Tim Corwin leading his own Ohio Express, guitarist Dale Powers and bassist Dean Kastran have spent many years together in various groups. Last year, Powers and Kastran returned to the road, joining the ReLivin’ The Dream package tour with other 1960s bands with Ohio roots. The recent pandemic has not stopped the two, who now bill themselves as Dean Kastran and Dale Powers, founding members of The Ohio Express. All these years later, their dreams just might come true, again.

GOLDMINE: It is great to see you and Dale together.

DEAN KASTRAN: Dale and I have been close friends since the day we met. It was friendship at first sight. We’ve been playing together for years, and Pat McLoughlin of The Cyrkle suggested that we get together again, with us playing, and them backing us.

GM: How was the recent Re-Livin’ The Dream tour, with The Cyrkle, The Music Explosion and The Outsiders? DK: I’d do it every week, if I could. We came out and played our 15, 20 minutes. In a nutshell, it was an absolute blast.

GM: When you first began performing as a band in the ’60s, how did you meet Super K Productions? DK: The Music Explosion actually signed with them first. They apparently really liked those guys and wanted to know if there were any other bands around Ohio that might be interested. Because we all were friends, and went to school together, they suggested us.