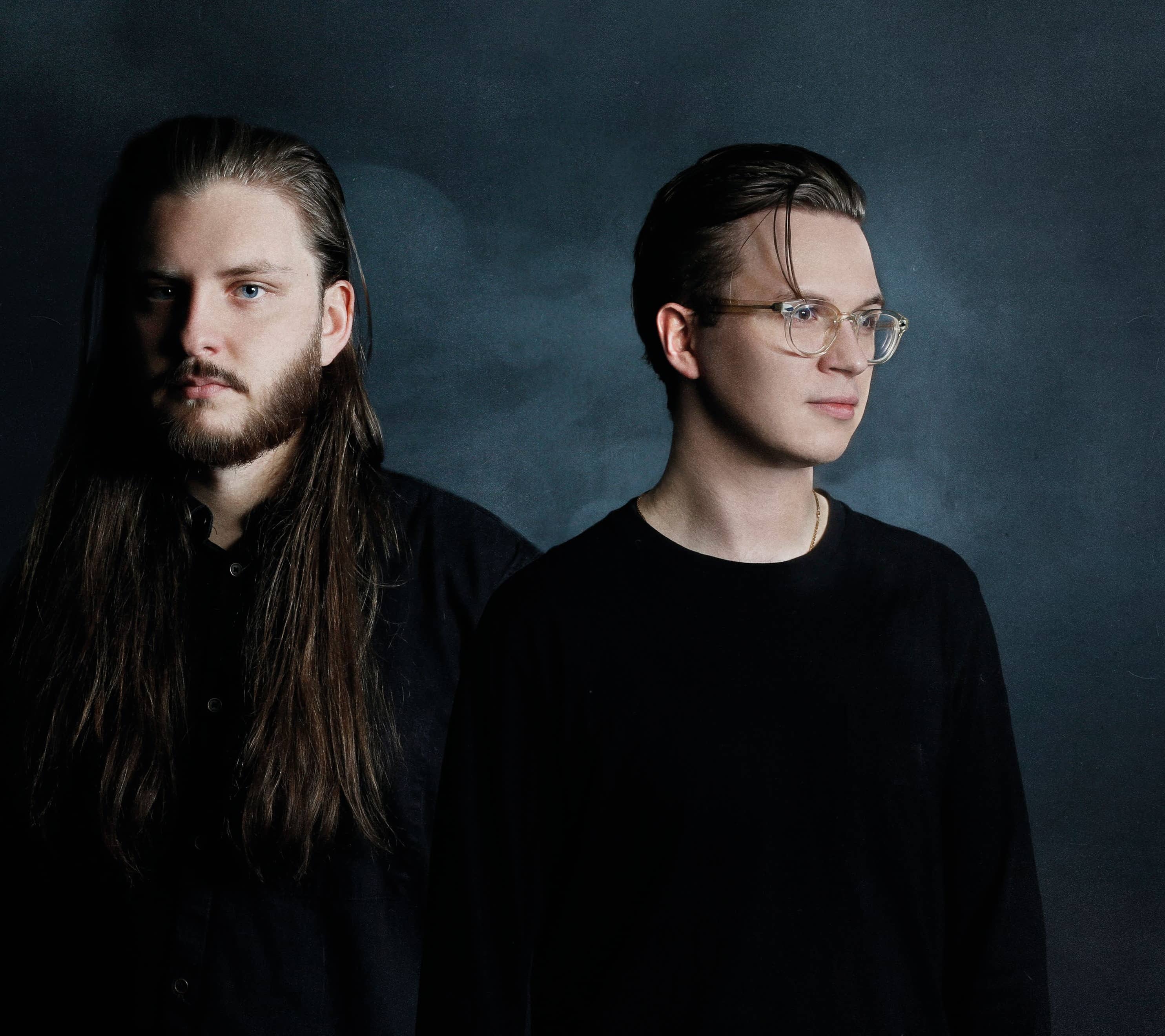 Hugar are the latest in a long line of visionary artists to emerge from Iceland’s neo-classical/ ambient scene. Danny Turner explores their vintage studio

Icelandic multi-instrumentalists Bergur Þórisson and Pétur Jónsson have developed into one of the country’s most intriguing exports. Childhood friends, growing up in the town of Seltjarnarnes close to Reykjavík, the duo played in various funk, jazz, and reggae bands throughout their teenage years, but only began producing after gaining access to a recording studio in 2012. Their haunting self-titled debut album – Hugar (2014) – became a critically acclaimed release amidst collaborations with fellow Icelandic artist Ólafur Arnalds on the soundtrack to the ITV crime drama Broadchurch and Sigur Ros on their Black Mirror score. More recently, the pair completed The Vasulka Effect: Music for the Motion Picture, a documentary based on 1960s video-art pioneers Steina and Woody Vasulka. After scoring the docu-movie, Hugar expanded the project to create an extravagant 20-track ambient album.

How did you first meet?

Bergur: “We met in kindergarten when we were about three years old and obviously found that we were interested in music a little bit later. We started playing together in various different bands, but about eight years ago I was working in a studio that belonged to a friend of mine who was going on tour – he was actually my trombone teacher. The studio had an API console and some nice outboard and Neumann mics, so I called Pétur and said we need to make something happen. The band was born.”

Pétur: “As Berger said, we had access to the studio so the album was born before the band if that makes sense? We basically started writing in the studio, recording straight to tape, and ended up with a bunch of songs we could release as an album. We didn’t think anyone would buy the record so we made a website and gave it away for free. It got picked up, and following that we’ve been fortunate to be able to play music all over the world.”

Are you self-taught musicians?

Pétur: “We both studied at music school and played in a marching band in the town we grew up in. We were lucky to go abroad on some marching band tours, which were a lot of fun and gave us some experience, but we didn’t start playing instruments properly until the first year of high school, then we started a band with three friends of ours, playing jazz and funk music. That evolved into experimental jazz, which has always been a cool scene in Iceland.”

Having stumbled on a studio to work in, did you already have an idea about the sort of music you wanted to make?

Bergur: “To some extent, but most of the songs were born right there and then. We drew inspiration from the instruments and techniques we were using while working in the studio, and having the time to evolve and experiment was a big part of that.”

Were you inspired by other Icelandic artists or do your influences fall outside of that?

Pétur: “You can find inspiration in various forms of music that are not associated with the genre you’re put into, but we also drew from our beginnings in experimental jazz music, which is maybe something people don’t know.”

Bergur: “We’ve been very lucky to work with both Sigur Ros and Ólafur Arnalds, who played drums on our first album. Of course, we draw influences from all over; everything from Pink Floyd to Bon Iver, Beyoncé, and Ryuichi Sakamoto, who we were very lucky to see perform at a festival in Iceland a few years ago. He’s a legend in this game.”

Do you think the dreamy quality of your music reflects the climate you live in?

Pétur: “There are a lot of interesting aspects to that because living in Iceland, the weather plays a big part in us being quite isolated at various times during the year. For example, growing up here you might have nothing better to do than play music in your friend’s garage all winter.”

Bergur: “Also, when you travel around the country and see all the rough landscapes it definitely has an influence. On top of that, the community here is very tight. Everybody works with and influences each other and that’s an important reason why so many people from Iceland are successful in music.”

Do you think the climate affects the mood of the music too?

Bergur: “You’re not going to write a happy tune when it’s raining and the wind is blowing on the window [laughs], but there’s a hope aspect to that too because you might be imagining some utopia in your dreams or thinking about going to the beach. We were both lucky to have parents who travelled around the country with us, so we got to see all these different magical parts of Iceland. Subconsciously, that has a massive effect, and we like to travel ourselves to seek inspiration. Driving in a snowstorm for five hours to hang out in some cabin is all part of the fun.”

Pétur: “We once ended up in a studio for a whole night because our car was stuck in the snow. We had to make the best of it, but that whole scenario had a big effect on the music being made.”

Was there a point where you decided to combine your resources and set up your own studio together?

Bergur: “We’ve set up two different studios. I work with other artists quite a lot so I have my own commercial studio facility and, especially during COVID times, we’ve had to work separately so Pétur’s been working from his home studio. That’s been really handy because we can work remotely and send stuff back and forth.”

I’d imagine the starting point for your second album, Varða, was very different to the first?