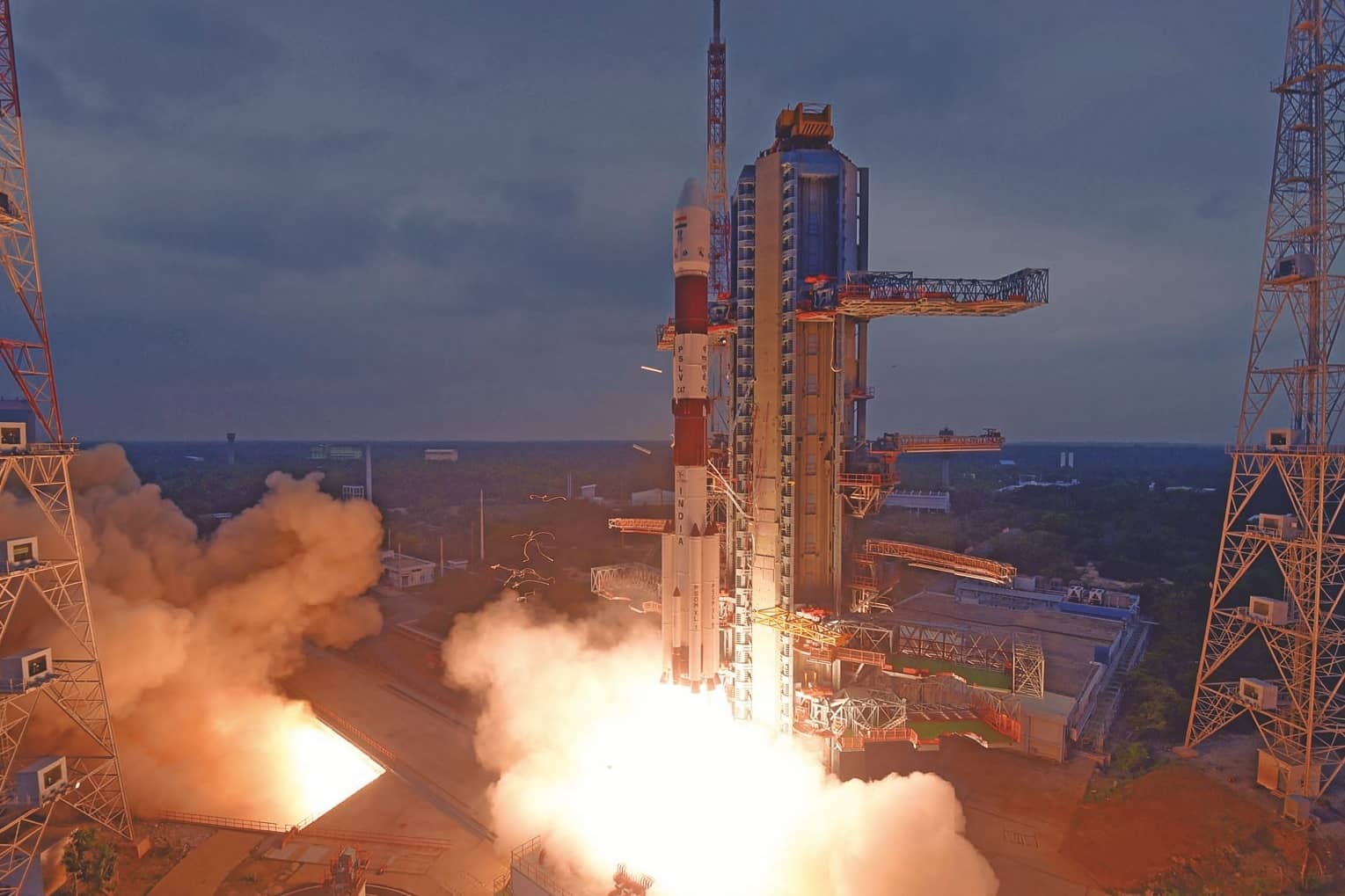 On November 27, 2019, India’s Polar Satellite Launch Vehicle (PSLV), placed 13 Nanosatellites from the United States plus an Indian Earth Observation Satellite – the CARTOSAT-3 – into orbit. While ostensibly for earth observation to assist with infrastructure and coastal development, the image resolution of 25cm lends itself to defence purposes. India has a long history of deploying dual purpose satellites with civilian and military purposes.

On June 10, 2008, the then Defence Minister A K Antony announced the formation of an Integrated Space Cell under the aegis of the Integrated Defence Services Headquarters which would act as a single entity to facilitate integration among the Armed Forces, the Department of Space and the Indian Space Research Organisation (ISRO). It was supposed to be operated jointly by the three service arms, the DRDO, and the ISRO. While India has not yet developed a dedicated space command – such as the Russian Space Forces or the United States Space Command – India does make extensive use of space technology for its military needs but has chosen the path of dual-use satellites to fulfill its requirements.

India today has some fourteen operational satellites dedicated to remote sensing, making the Indian Remote Sensing (IRS) series the largest civilian remote sensing constellation in orbit. All of the IRS satellites are placed in polar sunsynchronous orbit, being launched by the Polar Satellite Launch Vehicle (PSLV), making both the satellites and launch vehicle entirely Indian. The IRS satellites provide data in a variety of spatial, spectral and temporal resolutions, some having a spatial resolution of 1 meter or below which with definite military applications.

An early experiment in this regard was the Technology Experimental Satellite (TES) which was launched in October, 2001. The TES had panchromatic camera capable of producing images of 1-meter resolution and was perhaps India’s first ostensible reconnaissance satellite. This does not mean that earlier IRS satellites did not have military applications but rather reflects the greater military utility of the lower-resolution afforded by the TES.

One of the more recent satellites with clear military applications was the Radar Imaging Satellite-2 (RISAT-2) which has a synthetic aperture radar (SAR) purchased from Israel Aerospace Industries (IAI). It has a day-night, all-weather monitoring capability and has a resolution of one meter, enabling it to track ships at sea. The RISAT-1, launched later than the RISAT-2, was also fitted with a SAR system and augments the former in surveillance tasks. RISAT-1, however, was destroyed by space debris in 2016-2017. RISAT-2, in the meantime, has come to the end of its service life.

The RISAT series was revived on May 22, 2019 when RISAT-2B was launched with a Synthetic Aperture Radar payload similar to the Israeli TECSAR. The satellite can operate in different modes including Very High-Resolution RADAR imaging modes of 1m × 0.5m resolution and 0.5m × 0.3m resolution. RISAT-2B is placed in an inclined orbit for better revisit rates over area of interest. As a Radar Imaging Satellite, RISAT-2B can gather images during day / night / all weather conditions and the satellite will be utilised for high resolution spot imaging of locations of interest with evident military applications.

The CARTOSAT family of satellites – a subset of the IRS family – are probably the most capable of India’s military satellites. The CARTOSAT-2A is a dedicated military satellite whose capabilities are as yet unclear but it is capable of being steered to enable the imaging of any particular area with greater frequency. It reportedly has a resolution of 2.5 metres.

Its predecessor – the CARTOSAT-2 - carries a state-of-the-art panchromatic (PAN) camera that can take black and white photographs in the visible region of the electromagnetic spectrum. The swath covered by these high-resolution PAN cameras is 9.6 km and their spatial resolution is 80 centimeters. CARTOSAT-2 can be steered up to 45 degrees along as well as across the track and is capable of providing scene-specific spot imagery. Its successor, CARTOSAT-2B offers multiple spot scene imagery.

In 2017, the CARTOSAT-2E was launched. This provided scene-specific images with a spatial resolution of less than 60 centimeters and marked a remarkable improvement in India’s satellite imagery. The latest member of the CARTOSAT family, the CARTOSAT- 2F, was launched in January 2018. It has four MX detectors with bandpass filters between 450 and 860 nanometers which can deliver imagery at a two-meter ground resolution along a 10-Kilometer swath. While its principal tasks are for disaster management, cartography, and â€‹environmental monitoring, its military applications are evident. One might expect further improvements in followon satellites.