We Won't Go Back 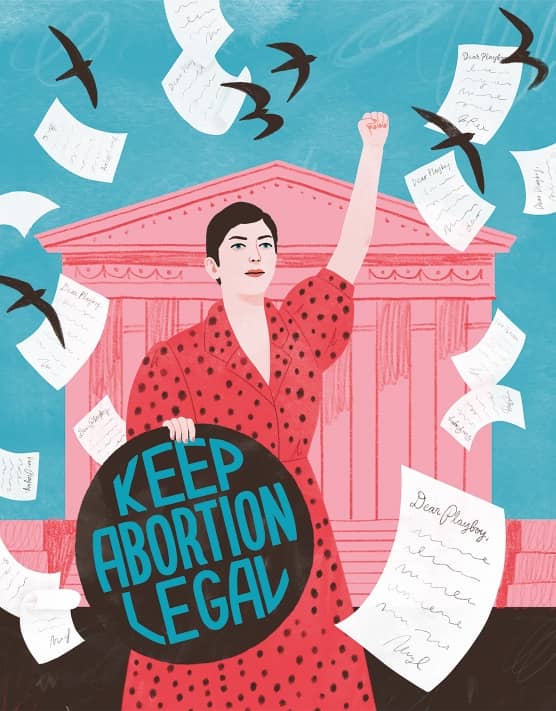 For More Than Half A Century, Playboy Has Championed Reproductive Autonomy — In These Pages, In The Courts And On The Streets.

“It’s okay if you think it’s not right for women to have abortions — but it’s not your problem, because we decide.” So said Chelsea Handler in a piece PLAYBOY ran during the white-knuckle summer of 2016. Entitled My Choice, Handler’s story includes characteristically blunt reflections on her personal experience with abortion and makes a case for the durability of Roe v. Wade. “Once you go forward in history,” she wrote, “you don’t go backward.”

But backward may be exactly the direction reproductive rights in the United States are now headed. With the emergence of at least 14 state-level abortion cases that could, if they find their way to the newly right-leaning Supreme Court, result in the toppling of Roe v. Wade, it’s time for the pro-choice movement to regroup. Toward that end, we offer this brief history of reproductive rights through the lens of PLAYBOY. .

America in the 1960s was, by and large, not a safe place for a woman to terminate a pregnancy. In most states, abortion was illegal (with exceptions for cases such as fetal anomaly, extreme natal complication and some instances of rape and incest). Those seeking the procedure had to resort to whatever care they could get, which ranged from sympathetic doctors operating illegally to unqualified individuals performing abortions without training, sterile conditions or necessary resources. In 1965, 17 percent of all deaths related to pregnancy and childbirth occurred due to illegal abortions, according to the National Center for Health Statistics. Abortion was a public health crisis, and PLAYBOY responded accordingly.

Some of the subject’s earliest appearances in the magazine were in Hugh Hefner’s Playboy Philosophy, peppered throughout his voluminous musings on sex and society. In a January 1964 installment Hefner wrote, “Abortion remains illegal in all states of the Union, although it is undergone by hundreds of thousands of women annually, under circumstances that seriously endanger not only their health and welfare, but their very lives.” To combat any misconceptions about who was seeking the procedure, he added that more than half of all illegal abortions were performed on married women. Like it or not, he argued, abortion was a mainstay in married, middle-class American families.