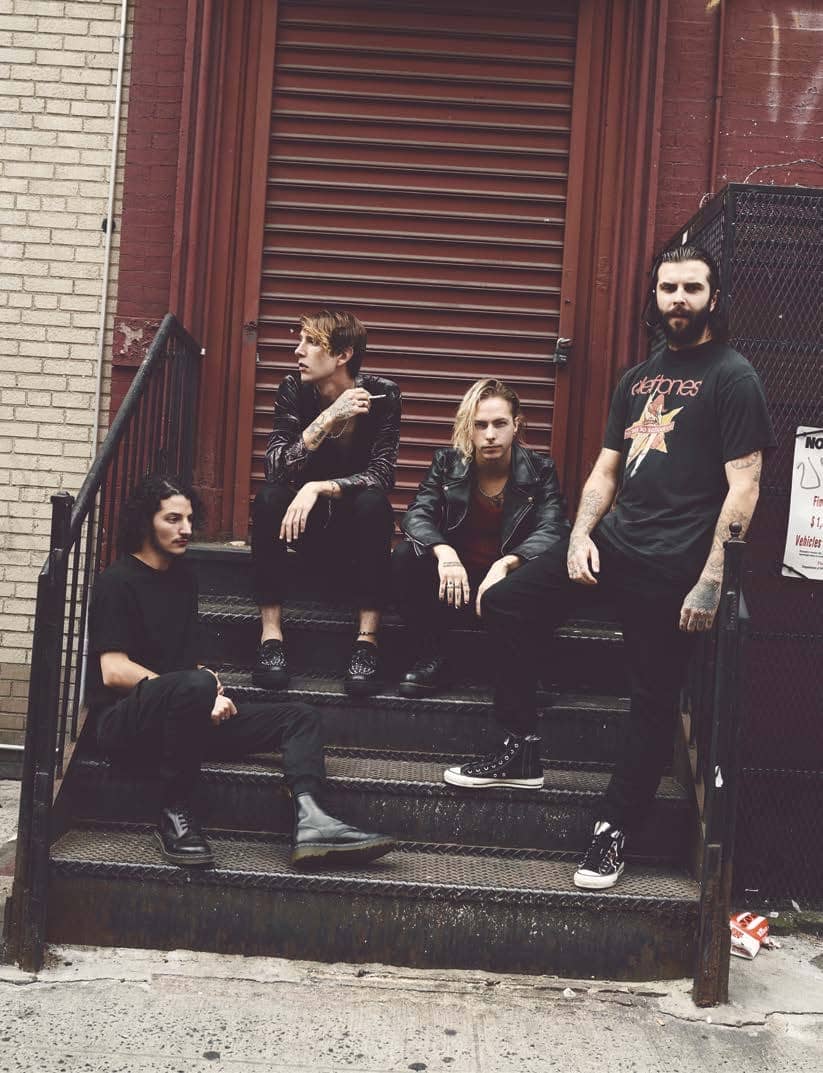 Growing up listening to a wide array of ‘70s psychedelic rock, English four-piece The Hunna was formed by lead guitarist Daniel Dorney and frontman Ryan “Tino” Potter when they met in college.

Later bringing in bassist Junate Angin and drummer Jack Metcalfe, The Hunna confidently believes that smoking is the backbone of any great friendship.

The Hunna gave fans the first taste of music since their 2018 album Dare, releasing the single “I Get High To Forget” off their upcoming album. Coming off their most recent tour through the UK, Canada, and the United States, The Hunna picks their “musical parents” as David Grohl and Lana Del Rey.

Jack, why do you feel The Hunna is a “cult band?”

Jack Metcalfe: I think that’s just happened over the past couple of years. It’s become so strong, like an army. It’s kind of like a family vibe with the fans, but it’s become more like a movement. The fact that they’re still there and positive through all the ups and downs, shows they’re willing to ride or die for us, which is the same for us on the other end.

What comes with the upcoming album that “I Get High To Forget” features on?

Ryan Potter: Heavier riffs while diving into a more modern sound. For me, Drake is one of my biggest artists, with The Weeknd, Halsey and Travis Scott, so we get to move into that.