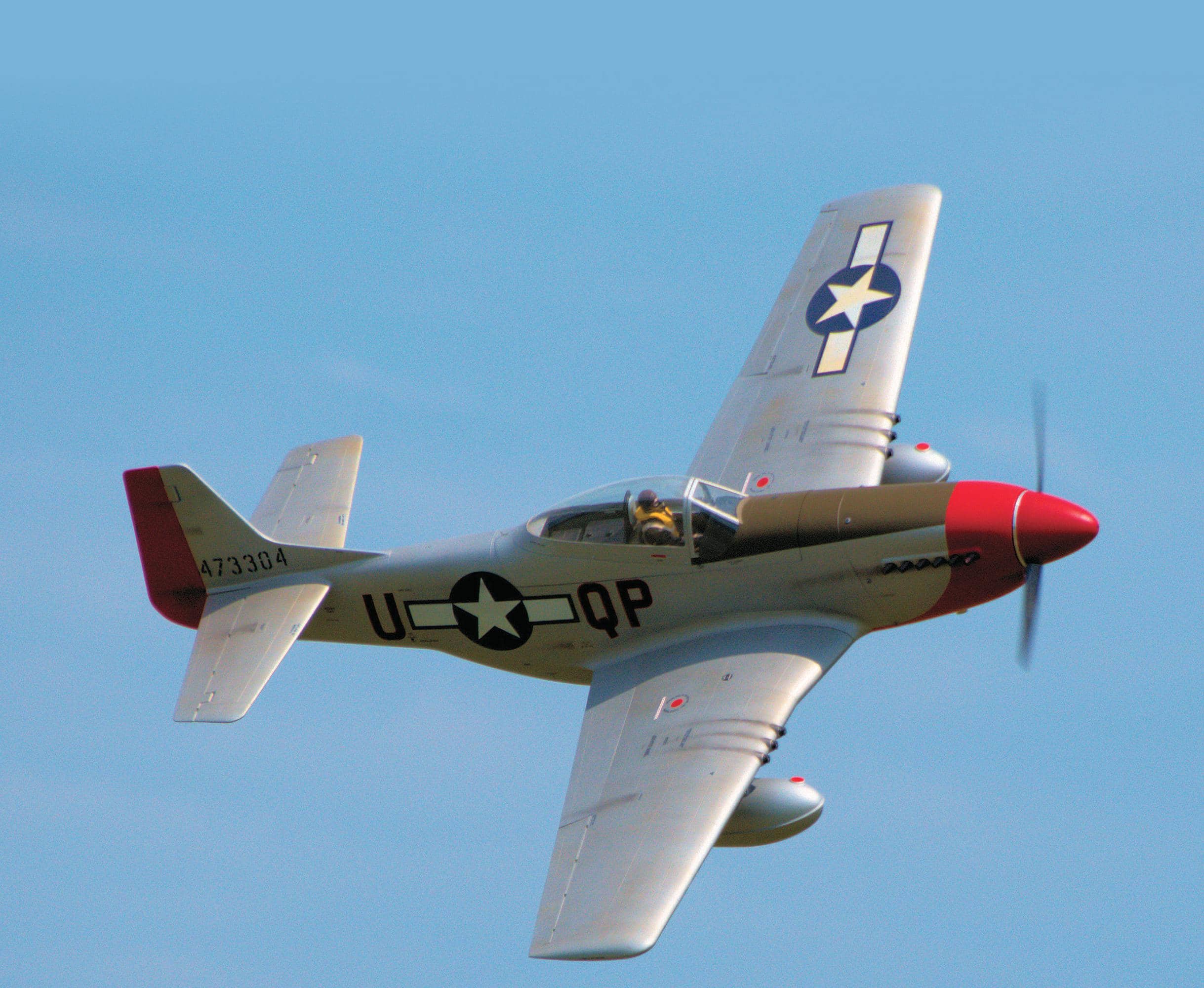 This quick-building composite warbird is a true thoroughbred

â€‹The P-51D Mustang is one of the best-known fighters of World War II. It was designed and test-flown in late 1940, and from there, it went on to be flown by more than 25 different nations around the world and continued to be used by some well into the mid-1980s.

Available from Caiman Distribution, the P-51 featured in this review is one of several Mustangs Caiman offers. “Blondie” is a model of a replica aircraft based on the P-51D-25-NA fighter flown in WW II by 2nd Lt. Marvin W. Arthur. His Mustang was named after his wife, as depicted by the artist Don Allen. Blondie was the last Mustang Arthur flew in the spring of 1945. 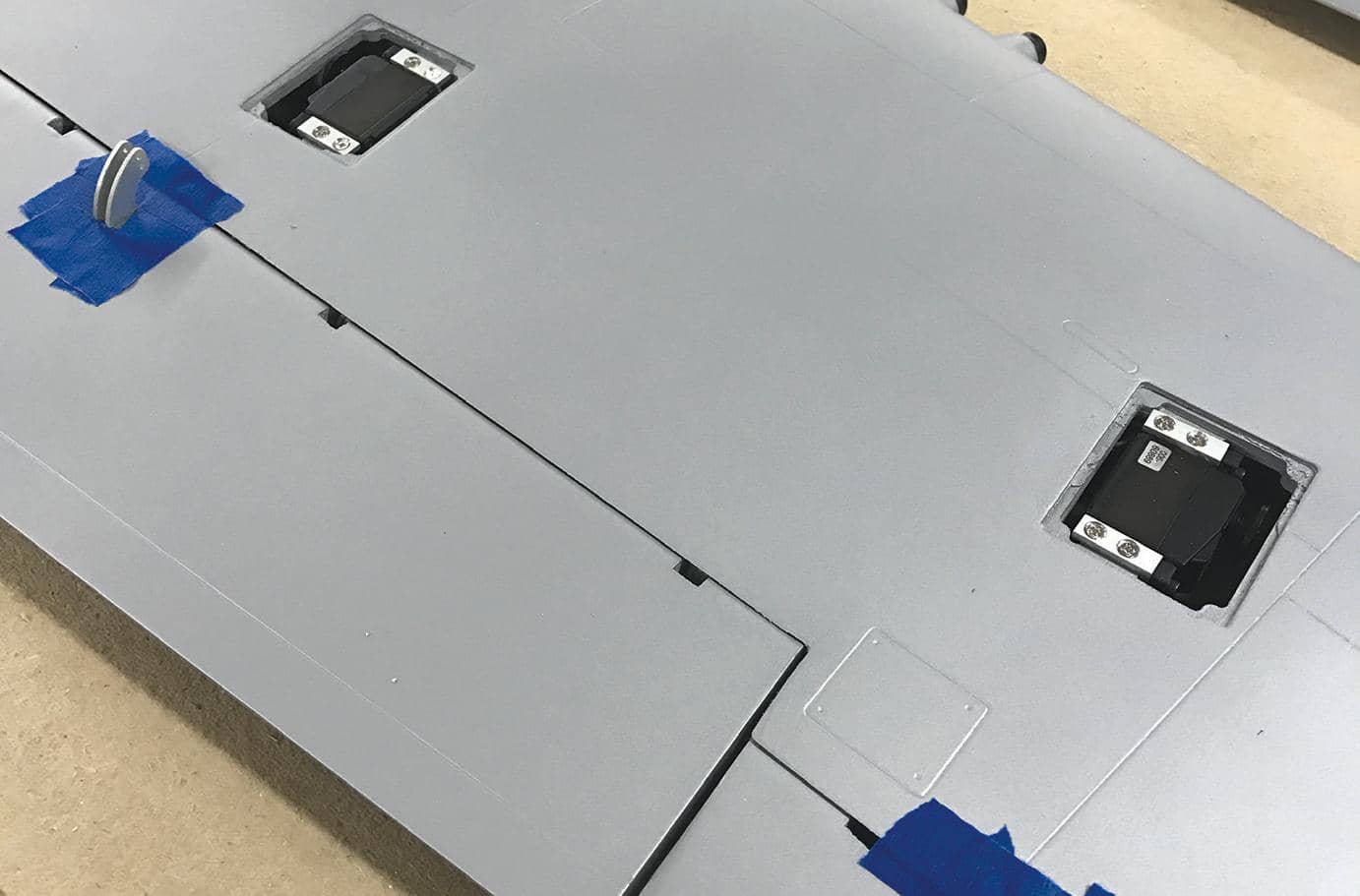 The Top RC Model Mustang is an impressive, well-thought-out product. It features full composite construction, and it comes out of the box factory painted, with decals and a protective clearcoat applied to protect the finish. The model has a true scale outline, and it comes with accurate details already molded into place. I would estimate that more than 95 percent of the assembly has been completed at the factory. The full-depth cockpit area is fully painted, just waiting for a pilot figure, and even scale drop tanks are included.

Also supplied are detachable, plug-in main wing and tail surfaces for easy transportation; a removable hatch for easy access into the fuselage; high-quality aluminum pushrods; and a complete hardware package, featuring fiberglass control horns. The canopy and cockpit come preinstalled, and I filled the cockpit with a WW II fighter jock from Warbird Pilots (warbirdpilots.com).

The Mustang features fully functional landing-gear doors for the main gear and the tailwheel assembly. Scale main wheels, electric retracts, and mechanical tailwheel retracts are available separately, as is a highquality scale painted spinner. I particularly like the authentic-looking functional flaps. 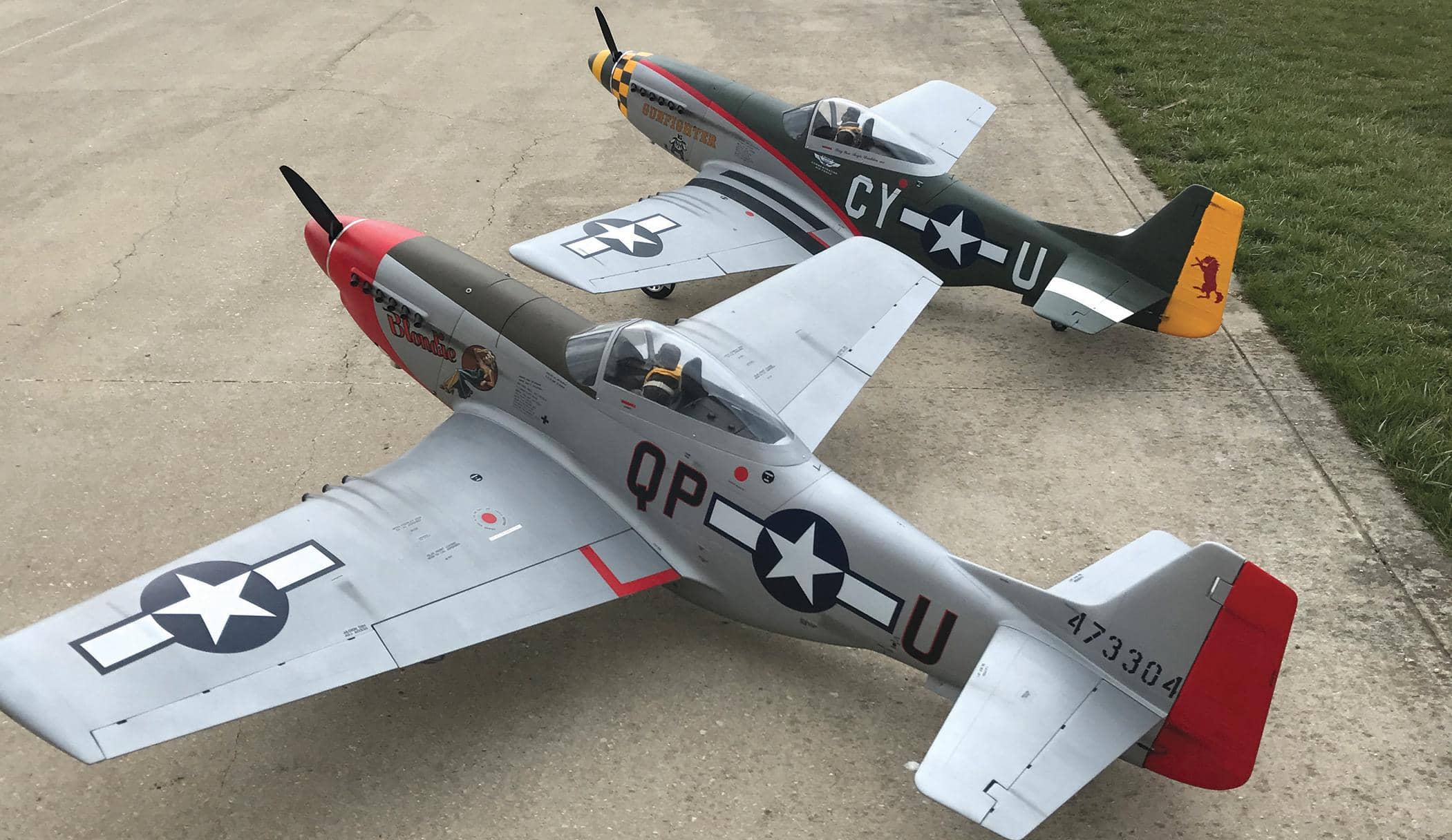