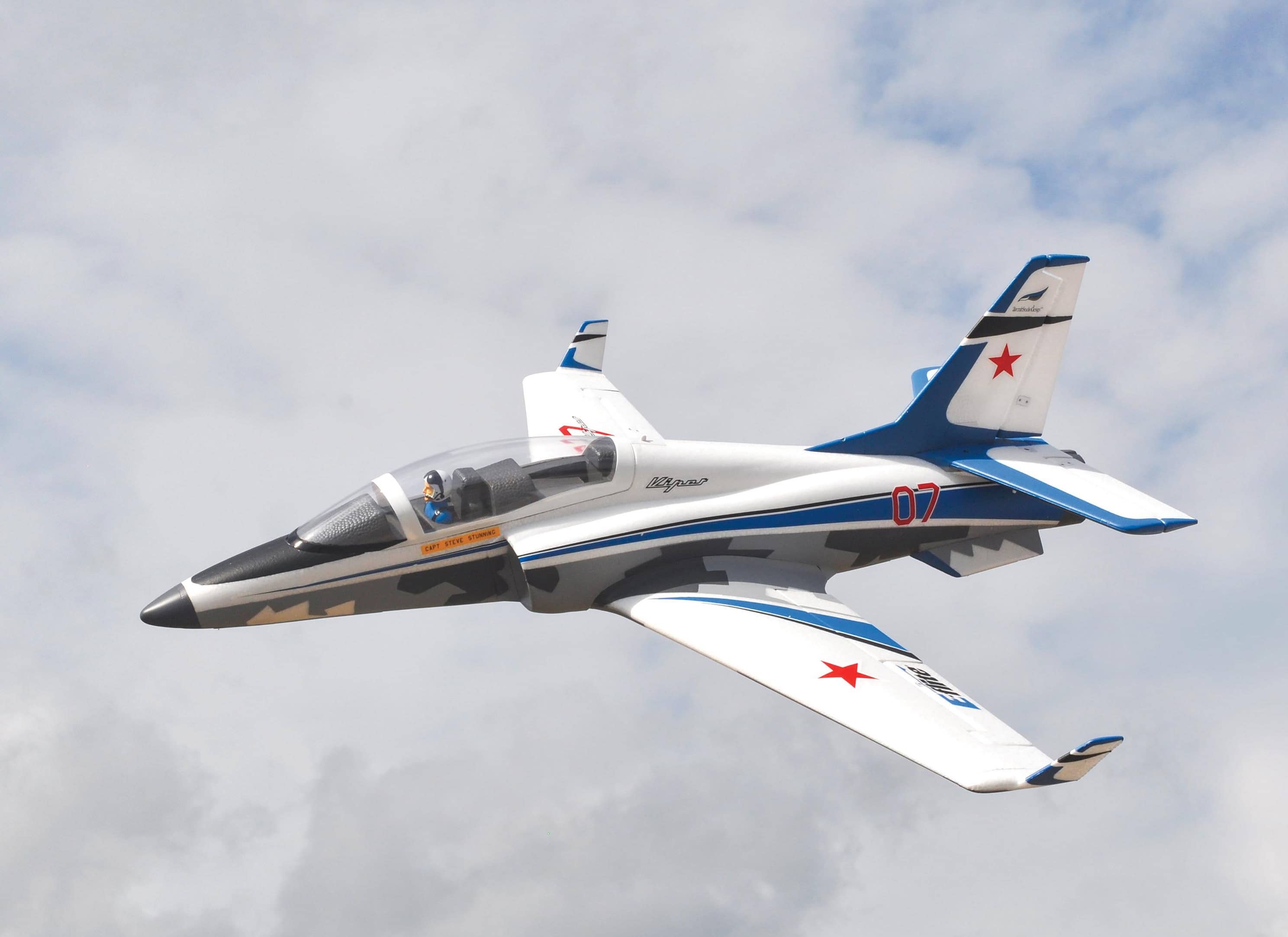 When it comes to sexy-looking modern jets, the Viper Jet has to be near the top of the list. Not at all angular, faceted, and stealthy like the F-22 or F-35, the Viper has a slippery shape from nose to tail with a tall, purposeful canopy that doesn’t disrupt those sleek lines. These factors contribute to the illusion of rapid forward motion, even while the plane is standing on the ramp. Originally introduced at Oshkosh 2000 as a pusher prop–powered machine, the design has undergone an evolution to its current state of a J85 pure jet, turbine-powered sportster for the well-heeled homebuilder. As of 2017, five of them appear on the registry of the Federal Aviation Administration, with more apparently in the works. Before you put your name on the waiting list, be prepared to invest something north of $500K to join this somewhat exclusive club. Something significantly less expensive, at about $250, is this 70mm version brought to you by the folks at E-flite. Many of the qualities of the full-scale plane make it nearly ideal for a jet-model subject, a fact which many manufacturers have recognized; the Viper is available in nearly every size from micro electric ducted fan (EDF) right up through “monster” turbine-powered replicas. This model is ideally suited to the role of a first performance EDF for the newcomer. It is the “right” size, using a 70mm electric ducted fan unit that easily fits into the average car, fully assembled. It also delivers great performance, enhanced by the inclusion of E-flite’s SAFE Select and AS3X stabilization systems in the Bind-N-Fly Basic version. (It is also available in Plug- N-Play.) These all add up to give the newbie a better chance of becoming familiar and comfortable with electric jet models. 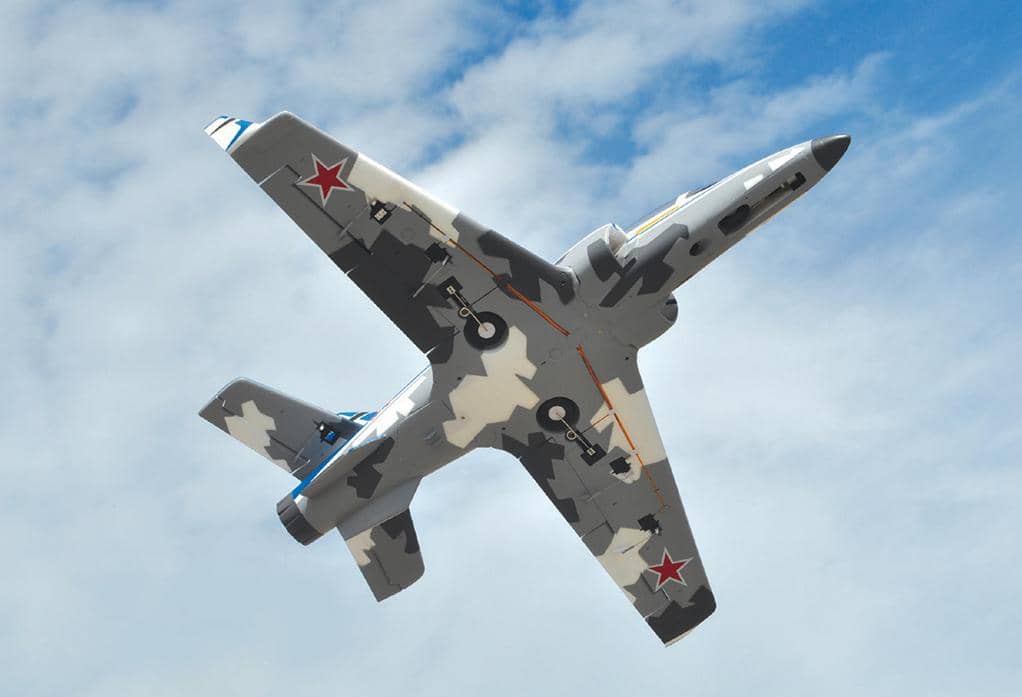 This E-flite model, marketed by Horizon Hobby, is an accurate rendition of the full-scale jet and features molded, predecorated EPO-foam airframe components, requiring minimal assembly. The packaging is also outstanding, with more than adequate protection provided for the major components. 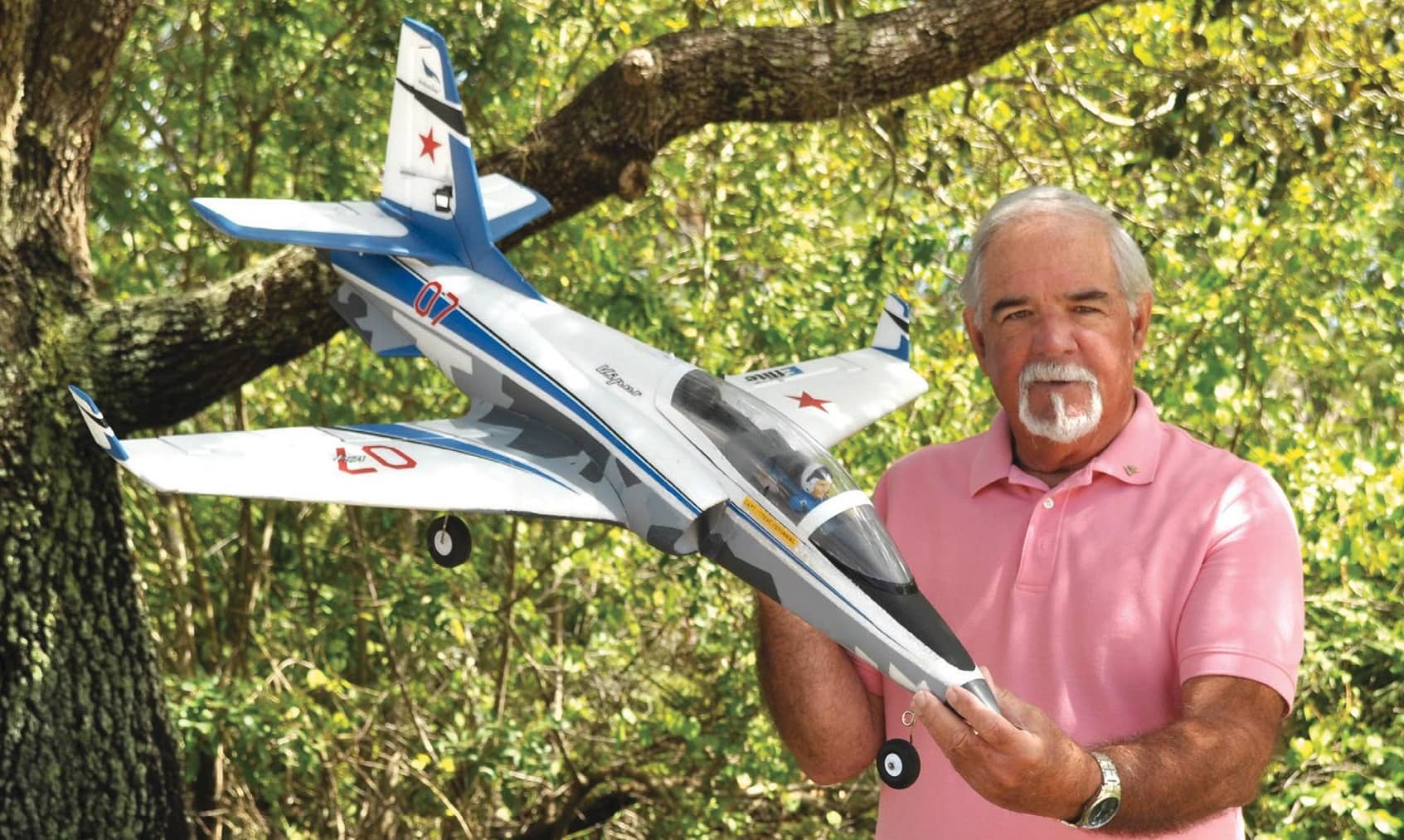