Small Heroes Save The Day 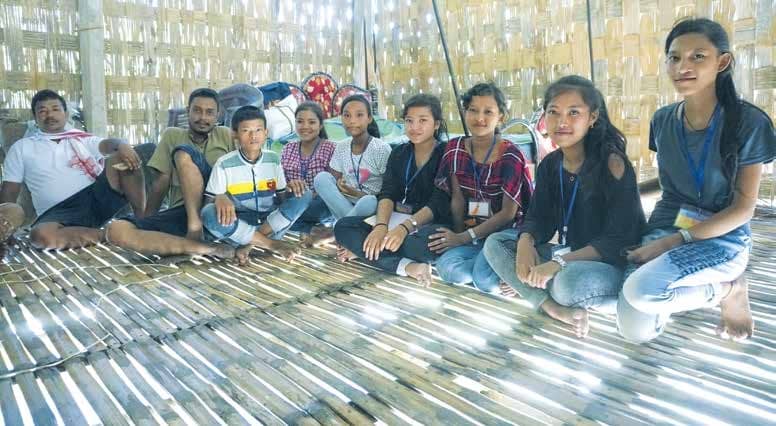 This year, countless heroes stepped up to help flood victims in Assam, among them were the bright and brave children of Majuli

It was towards the end of July 2019, Assam floods had become the most commonly used term across Assam, even though it hardly figured in national and international media. It was just another day in the library (Majuli) and after the water levels had gone down, the children were trying to set things back in order. Suddenly, one of the library students, Meghali Payeng, came with the news of the devastation caused by the floods in a village called Jogibari.

The same village happened to be home of Dipankar Payeng, a young student of the library. We (children and the team behind the community library) wanted to see if something could be done and approached the senior most person in the community, Haren Narah (ex-TMPK president), for suggestions. He mentioned that it is difficult to reach the village because of the tricky terrain, which is why no aid had been offered yet by any organisation, apart from the government, and that it will be helpful if we could find a way to reach out. So, we formed a team and decided to carry out a Flood Aid initiative.

Even though the journey to the village was going to be challenging, the children from the library were excited and prepared for the task ahead. Fund raising was done by the team among people we knew in the cities, and on 20th July, we also carried out a social media campaign.