Find a Great Place to Retire 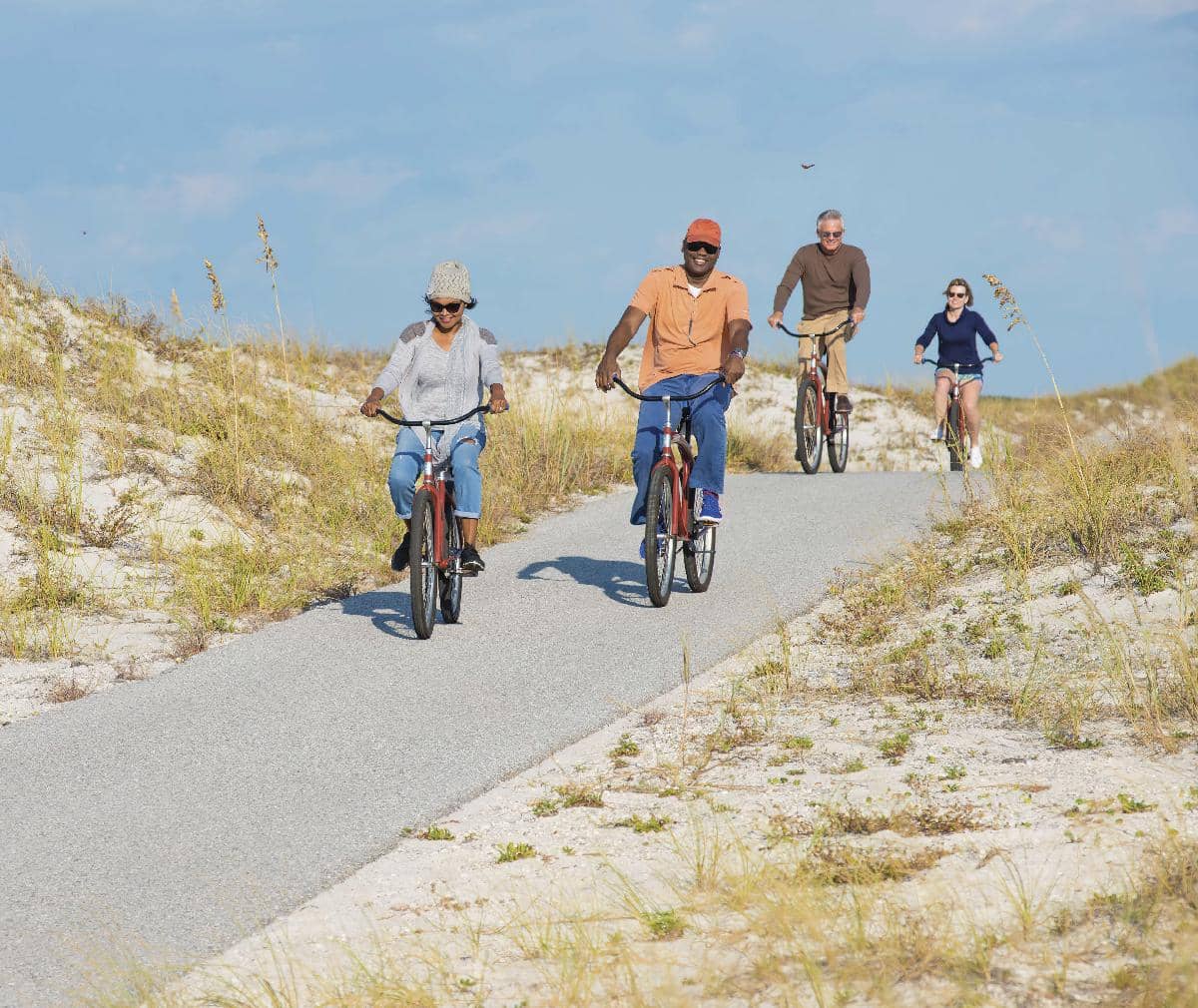 Our cities provide plenty of space to spread out without skimping on health care or other amenities.

CHOOSING A PLACE TO SPEND YOUR retirement years has never been easy, but these days, it’s particularly challenging. The coronavirus pandemic has caused some retirees to rethink plans to move to urban or suburban walkable communities. But rural communities, while offering plenty of opportunities for social distancing, may not offer adequate health care—which is a priority for many retirees, particularly while COVID-19 infection rates are still high.

Some of these concerns could dissipate after a vaccine becomes widely available. But in the interim, it’s a good idea to reevaluate plans to move—especially if you are considering relocating to an urban area, says Bert Sperling, founder of Best Places (www.bestplaces.net), which ranks cities around the country on a variety of factors. “One of the reasons people are moving to those places is their vibrancy,” he says. “If the restaurants are going away, if it’s difficult to go to shows and museums, then what is the point?”

That doesn’t mean it’s too early to start thinking about where you’d like to retire, and, once you feel comfortable traveling, you’ll probably want to test-drive some destinations. We’ve selected seven cities that offer a combination of good health care, low density, a modest cost of living and low to moderate taxes (see our methodology in the box on page 49). For example, the cost of living in Pensacola, Fla., is below the national average and there are three top-rated hospitals within an hour’s drive or less. The beach is lovely, too.

Your own decision will be based on personal preferences, including the type of climate you favor, nearness to family and even your political views. But as you conduct your search, some factors should be at the top of your list, because they’ll continue to play an important role in your retirement lifestyle long after the coronavirus threat has diminished.

Health care. The rapid growth of telehealth means you may be able to consult with specialists outside your community (see “Rx for Health Care,” July), but there will still be times when you’re going to need in-person visits and treatment. For both emergencies and planned surgeries, it’s important to have a reputable hospital nearby. Having access to reliable health care is particularly important if you have preexisting medical issues, says Aaron Clarke, a certified financial planner in Ashburn, Va.

Our seven cities have at least one hospital within a 50-mile radius that has received a four- or five-star rating from the Centers for Medicare and Medicaid Services. The star ratings are based on numerous factors, including the rate of surgical infections, patient satisfaction and how quickly patients are treated.

You can use Medicare’s “Hospital Compare” tool, available at Medicare.gov, to research hospitals in any city you’re considering as a retirement destination. You can also find general information, such as the names and addresses of all hospitals in a particular area and the types of services they provide.

Consider the cost of health care, too. The average 65-year-old couple will spend $285,000 on out-of-pocket medical expenses over their retirement, according to Fidelity Investments, and those costs could vary depending on where you live. Life flights for emergency surgery could cost you thousands of dollars. Even for non-emergencies, traveling several hours to visit a doctor or hospital will drive up your out-of-pocket costs.

Cost of living. If you live in a high-cost city on one of the coasts, retiring to a part of the country where living costs are lower will make your retirement savings last longer.

All of our seven cities have lower-than-average expenses, based on the Council for Community and Economic Research’s cost-of-living index. But it’s still important to do your own research to get an idea of what your costs will be. How much will you spend on homeowners insurance, or other types of insurance if you live in a part of the country that’s prone to natural disasters? What will you pay for electricity, water and other utilities? Or for personal services, such as housecleaning or lawn care?

If you haven’t done it already, conduct a thorough inventory of your expenses in retirement, keeping in mind that your spending habits will change as you age (see “Plan Now to Retire Worry-Free,” Feb.). Once you’ve estimated how much you’ll spend on everything from groceries to pet care, you can estimate your own cost of living in a particular city.

Taxes. State taxes can take a big bite out of your savings, which is why states with no income tax, such as Florida and Tennessee, are popular with retirees. But don’t focus solely on a state’s income tax (or lack of one). High property and sales taxes can eat into your savings, too.

All of our cities are located in states that are rated taxfriendly or neutral by the Kiplinger State-by-State Guide to Taxes on Retirees, our annual ranking of all 50 states based on the tax situations they offer retired residents (kiplinger.com/links/ retireetaxmap). Our analysis is based on the estimated state and local tax burden for a hypothetical retired couple with a mixture of income from Social Security, an IRA, a private pension, interest and dividends, and capital gains.

In an effort to attract and retain senior residents, several states have taken steps to ease taxes on retirees. But the pandemic-induced economic downturn has wreaked havoc on state budgets, so monitor the fiscal health of any state you’re considering as your retirement home. Unlike the federal government, most states are required to balance their budgets. States are hopeful they’ll receive federal aid to help close their budget gaps, but recovery could still take years. In the meantime, many states may be forced to raise taxes, cut services or both.

Proximity to family and friends. Until recently, frequent flights and affordable airfares for fliers with flexible schedules made it easy for seniors to hop on a plane for a visit with the grandkids. Now, though, many seniors are reluctant to fly, and the pandemic could compel airlines to make long-term structural changes—such as more space for passengers—that would raise the cost of tickets. Airlines are also expected to reduce the number of flights, at least in the near term, and some may go out of business. “If you’re unable to fly for any reason, a one-hour flight becomes a seven- or eight-hour drive,” says Brandon Opre, a certified financial planner in Huntersville, N.C.

Internet access. If you live in a big city, you may take fast and reliable internet service for granted. But in large swaths of the U.S., broadband is unreliable or nonexistent. BroadbandNow, a consumer website, estimates that 42 million Americans don’t have access to broadband service. Even after a vaccine makes it safe to go shopping again, you’re going to need the internet for everything from telehealth appointments to video chat meet-ups with the grandkids. In most of our seven cities, an above-average percentage of the population has a broadband subscription, according to data from the U.S. Census Bureau.

Bert Sperling, founder of Best Places (www.best places.net), recalls chatting with a real estate agent in southern Oregon who sold the same home on the coast about once every five years. The home is spacious with ocean views, making it appealing to retirees from other parts of the country. But once the new owners move in, they discover that there are only two restaurants in the nearby small town. The nearest airport is three hours away, and it’s a three- to four-hour drive to the closest hospital. Consequently, most retirees don’t stay for more than a few years. “They say, ‘This has been great—now we’re going back to civilization,’ ” Sperling says.

To avoid buyer’s remorse, rent an Airbnb for a few weeks and live within the area you’re considering,” says Lisa Ellis, a real estate agent in Durham, N.C. “Learn the roadways, parks, hospitals, restaurants, theaters and museums. That way, you can get a feel for the vibe without committing to housing right up front.”

Keeping your options open is even more important now, when the postpandemic future is so uncertain. Paul Irving, chairman of the Milken Institute’s Center for the Future of Aging, isn’t ready to give up on transit-friendly, walkable cities, particularly for seniors. “We’re pack animals,” he says. “We need human connections.”

Of course, Florida. The Sunshine State is a quintessential U.S. retirement destination with 4.4 million residents who are age 65 or older—a whopping 20.5% of the state’s total population—calling it home, according to the U.S. Census Bureau. The appeal is obvious: warm winters, beautiful beaches and tax advantages. Florida levies no state income tax, leaving Social Security benefits and other retirement income intact. Nor does it charge an estate or inheritance tax. Indeed, Florida consistently ranks among Kiplinger’s most tax-friendly states for retirees.

Pensacola offers all those desirable Florida retirement attractions, plus affordability. The median home value is more than $25,000 lower than the $191,600 median in Clearwater, another retiree hotspot on Florida’s west coast.