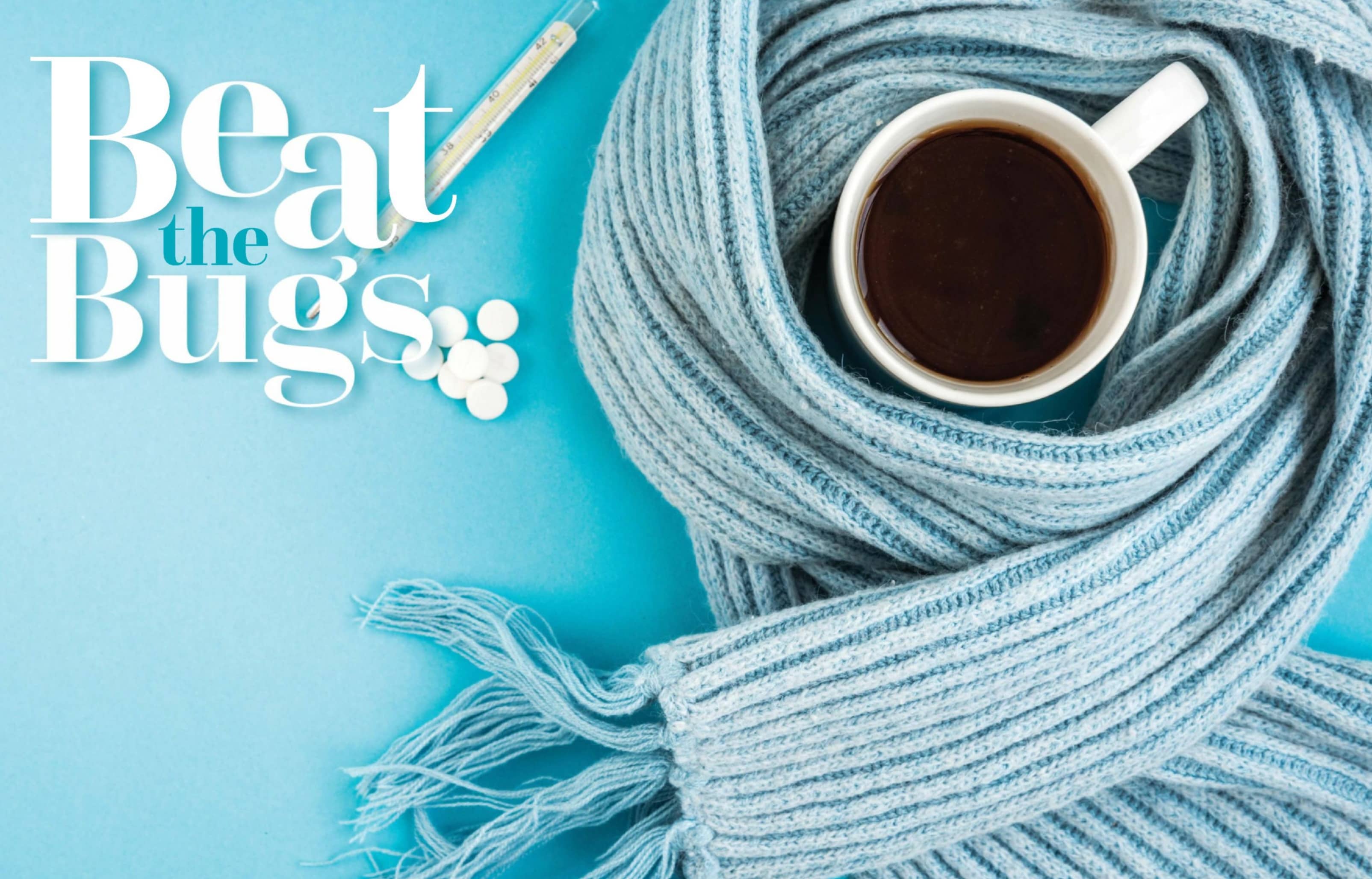 Fever, body aches, sore throats, and coughs that last till spring—it’s that time of year again. But you don’t have to be miserable. Herbs, supplements, foods, and lifestyle practices can help you kick that sickness to the curb. Just try these science-based remedies that really work.

1 Suck on some zinc.

It can significantly reduce the duration of colds and severity of symptoms. Taken within 24 hours after symptoms start, zinc lozenges can shorten the length of colds by up to three days and cut the duration of some symptoms, such as stuffy nose, by as much as 58 percent. While lozenges have the best immediate effect, zinc supplements may also support immunity and lower your risk of getting sick. To stop a cold in its tracks, take zinc lozenges as soon as symptoms appear. For longer-term protection, take zinc capsules or tablets. But avoid zinc nasal sprays and swabs—they’ve been linked with an irreversible loss of the sense of smell.

2 Get more sunshine. When skin is exposed to sunlight, the body produces vitamin D, critical for healthy immune function. In cold, cloudy winter months, when you’re not out as much, you may need supplements, since low levels of vitamin D can make you more susceptible to colds and flu. Epidemiologic studies show that high vitamin D levels are linked with a reduced risk of upper respiratory tract infections, and supplementing with vitamin D significantly lowers risk of infection. In one study, vitamin D cut the risk of respiratory infection in half, especially in people who were deficient. Look for vitamin D 3 in gel caps or liquids for best absorption.

3 Load up on echinacea. It’s rich in compounds that support the immune system by activating the body’s defense systems. Some studies show that echinacea can inhibit the flu virus, viral growth, and the secretion of pro-inflammatory compounds in the body. Studies on echinacea’s effects on colds are mixed, but some research suggests that it can inactivate certain respiratory bacteria, reverse inflammatory effects caused by these bacteria, and control symptoms. In some cases, echinacea may reduce the likelihood of getting a cold by 10–20 percent. Choose standardized echinacea tinctures for maximum absorption, or try echinacea capsules.