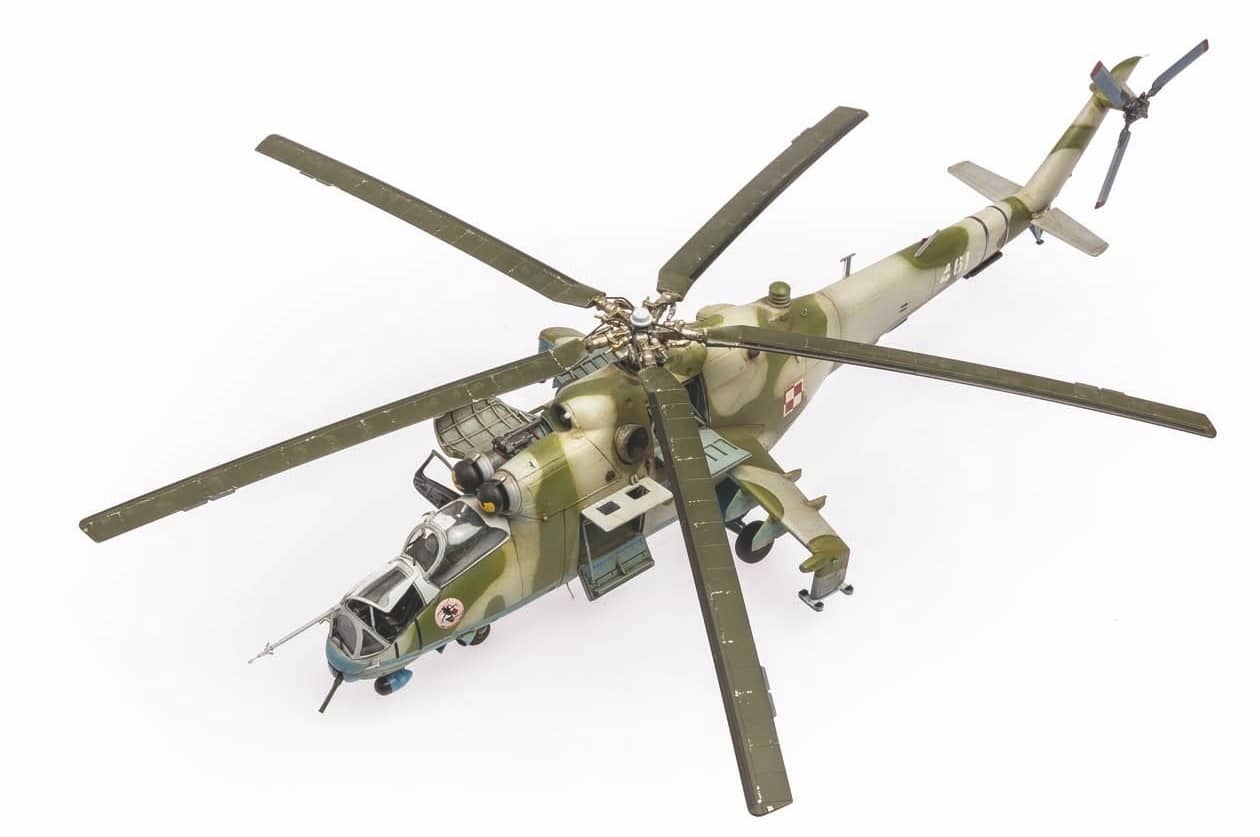 Ten years have passed since the Zvezdareleased their 1/72 Mi-24. It was a ground-breaking model for this manufacturer, announcing further expansion for them in new scales and genres. The kit was very well received by modellers and commended for the quality of the mould and fidelity to the prototype. Recently Zvezda released it in 1/48, so I decided to build its predecessor in 1/72 scale.

From the beginning, I planned to build this machine in Polish Air Force service, and in the Polish Military Contingent (PKW) during their 2006 mission in Iraq. I also planned to make the model with open hatches and doors, to show the interior. In order to do this, I also used a number of accessories, mainly photoetch from Eduard, turned metal items from Master, and my own modifications. 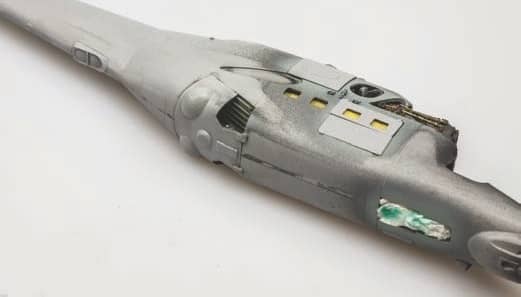 I started to build the model, following the assembly instructions. The interior elements went together quickly, slotting neatly into the fuselage halves. Zvezda has made an accurate model, paying attention to even the tiniest interior elements. The whole assembly is efficient and precise, although, as always, care must be taken with the small elements, their clean-up, and final fitting.

I wanted to expose one of the engines, so I added some extra detail, engine wiring using thin copper wire, attached with CA. After adding a lot of these, I painted the whole engine with Gunze’s Mr. Finishing Surfacer 1500 Black primer. I painted the rest of the interior with grey primer, then I painted the interior of the cabin and engine compartment with Mr. Aqueous Hobby Color RLM65 Light Blue (H67). The various elements of the engine compartments were painted by hand with a thin brush and Vallejo acrylics, in varying shades. Once done, I masked the opened compartments to protect them during the next steps.