Make mine a turbine! 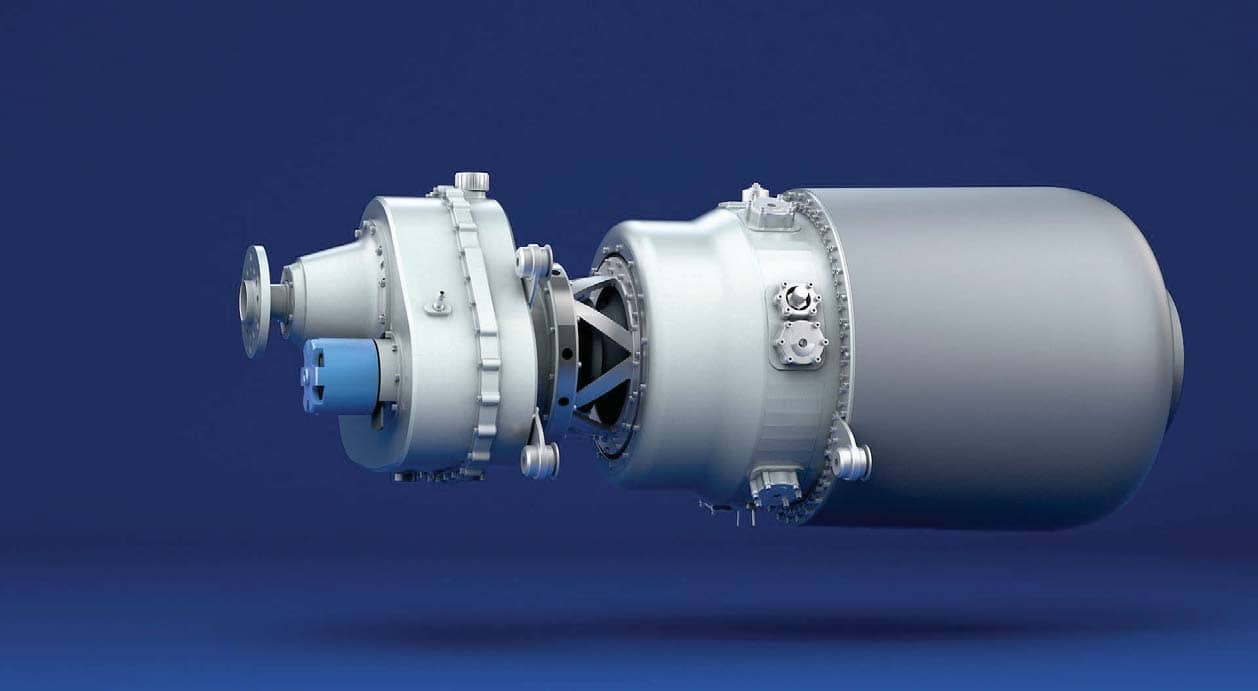 To say aviation and turbines is a happy marriage is true−albeit mainly in the airline, business aircraft and helicopter world. Light aviation, especially the ultralight segment, remains essentially a turbine free field−apart from noble exceptions, in the form of single-engine jets and ‘experimentals’.

Now French newcomer Turbotech is on a mission to challenge the dominance of piston engines and−unheard of in this field− is promising turboprop fuel consumption comparable to piston engines. The company also has an interesting turbogenerator proposal for new e-VTOL and electric aircraft. 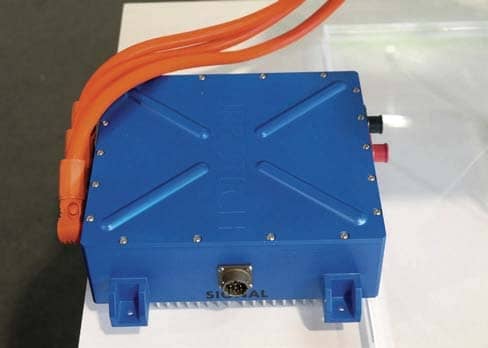 Currently small turboprops are practically non-existent, although Czech company PBS has in its portfolio the TP100, which should soon be ready for aircraft installation (a few units have apparently been delivered to interested aircraft manufacturers). The TP100 is not in focus of this article as it is way too powerful for typical four-seaters and ultralights, producing 241shp (shaft horsepower).

Today’s focus is on Turbotech’s brand new product, the TP-R90 turboprop, which is rated at 90kW (120shp)−neatly falling in the ultralight segment, where aircraft are typically powered today by 100-115hp Rotax piston engines. Turbotech is also offering−based on a similar, but smaller turbine core−another interesting powerplant, the TGR55 turbogenerator−a ‘range extender’ solution for hybrid-electric powered aircraft. 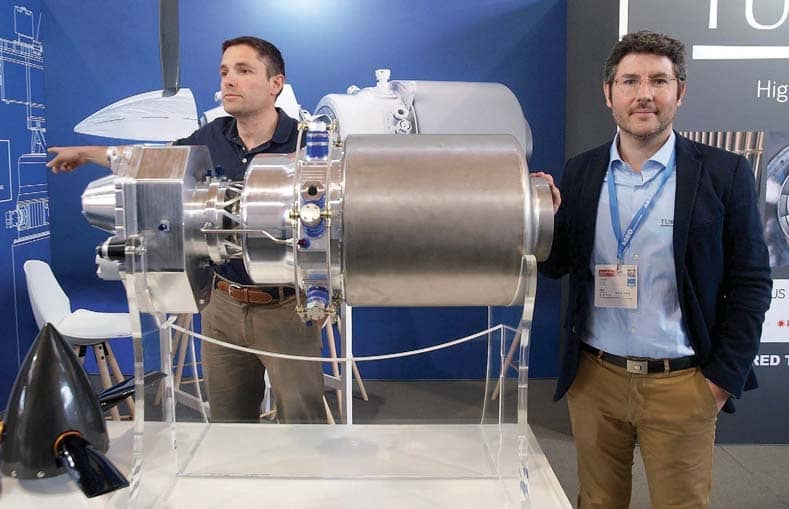 Seeking to establish a toehold in the market, Turbotech showcased its products last year at the most important exhibition in the field, AERO Friedrichshafen in Germany. At their booth I met company CEO and founder Damien Fauvet, who described his products to me. It must be said that many exhibitors hype their wares and you find their miracles tend to take a long time till they prove to work, even if the company doesn’t simply disappear prior to them actually coming to the market. However, Damien’s credibility and the very professional look of his company’s products intrigued me−especially the almost unbelievable claim that Turbotech fuel burn would be comparable to existing piston engines−so I decided to take a closer look.

By the end of February this year, the company and the engine’s state of development were apparently at least half-way ready to host a visit. While there was the opportunity, I wanted to see the turboprop running and be able to figure out how they managed to dream up a turbine sipping so little fuel. So I dropped in on Turbotech, which is based at Toussus-le-Noble Airport in the western outskirts of Paris. 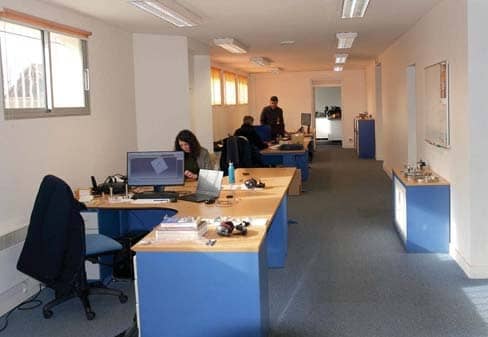 In Turbotech’s offices, Damien showed to me a video of the first tests of the proof-of-concept engine, run in 2016. That day, the turbine was run up to 41.3kW (56hp)−which approximates the cruise power setting for most ultralights−and the fuel flow was 28.7 litres per hour, a specific fuel consumption (SFC) of 557g/kW hr, to use the yardstick preferred by engineers. At a slightly lower power setting of 38.9kW (53hp) the fuel flow dropped to 25.2 lph (507g/ kW hr). Discussing the figures with Turbotech technicians, I gathered that these were only the preliminary data, and that the fuel consumption of the second-generation prototype unit now on test would be further reduced with improvements to the igniters, fuel nozzles, EEC (Electronic Engine Control) and many other components, which were far from being developed production items. 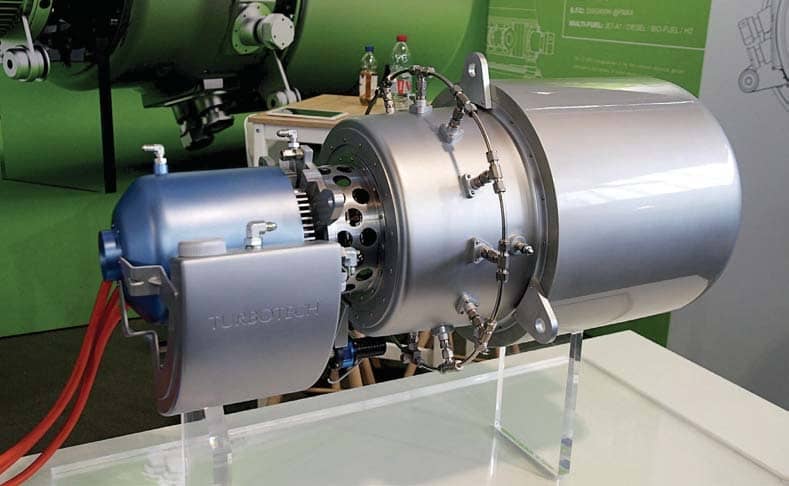 Damien proved these predictions correct when, just prior to producing this article, I received the data of the second engine, tested in March this year, where the fuel flow figures were−in line with Turbotech’s promises−slashed dramatically. Running at 66.4kW (90.2shp−just over 70% power), the development engine was now burning only 29.4 litres per hour of Jet-A1, an SFC of 354g/ kW hr. At 31kW (42hp), the fuel consumption was just 15.2 lph. According to Turbotech, at around the time this edition of Pilot goes to press, the definitive version will reach its 90kW target rating and will demonstrate a specific fuel burn close to the target of 340g/kWhr−wow!

It shouldn’t be possible...

Turbines are generally taken to be compact and lightweight relative to the amount of power they deliver, only fuel-efficient when operating close to their maximum power output and most suitable as high-power units (2,000shp-plus) for aircraft flying at medium to high altitudes.

As benchmark for ‘the turbine advantage’, one of the latest arrivals on the turboprop market, the 7,000shp powerplant for the A400M military transporter, is actually more fuel-efficient than the typical diesel car engine. Thanks to its high pressure ratio and turbine operating temperature, it extracts something like forty per cent or more of the energy contained in the fuel.