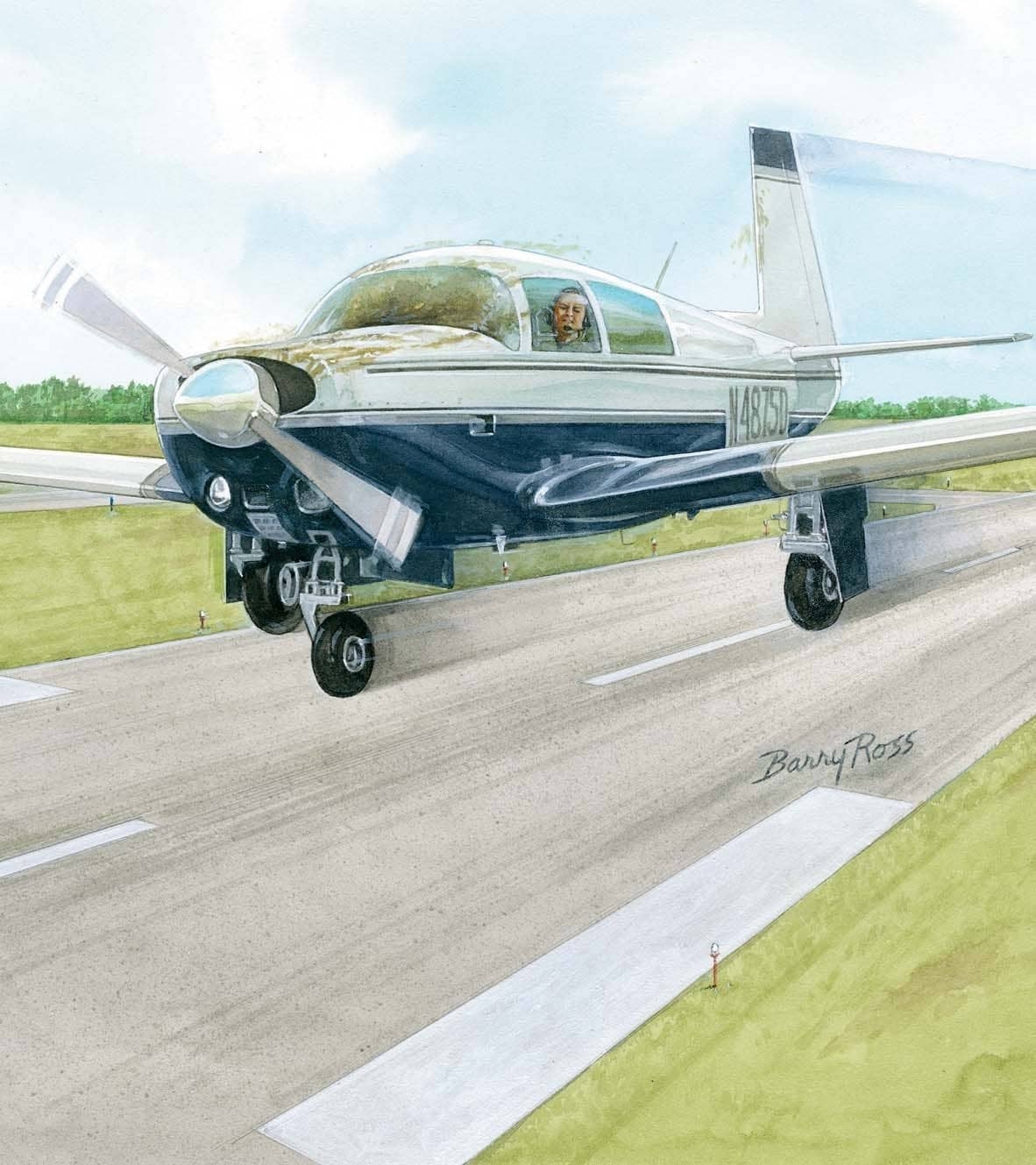 TAKE YOUR POST-MAINTENANCE FLIGHT WITH CAUTION

I bought N4875D in fall 2012. It’s the first and only airplane I’ve owned, a Mooney M20F. As with any vintage vehicle, it’s been an adventure tracking down the various nits, bugs and deferred maintenance items. We’d been through the hydraulics, engine, prop and fuel system. When I took it in for an annual this past October, we’d mostly come to the end of the list of things to fix, so I went ahead and had the generator swapped out for a new Plane-Power alternator kit.

When the airplane was almost finished, I flew commercial to where it was, rented a car and helped put the electrical system back together. When it was all done, we ran the engine on the ground a couple times to make sure the alternator and electrical systems were working. I was thrilled at how well the new charging system worked. Instead of having to play shenanigans with the engine rpm to get some charge while taxiing or waiting around for warm-up, the alternator engaged immediately, and even at idle, the electrical system sat at 14.2 volts and the battery would charge.

I loaded up the airplane, did my preflight planning and prepared to head back home. I let the Mooney warm up even a bit more than usual to make sure the oil was warm, did an extensive run-up (including a prop cycle) and taxied out to the departure runway. I double-checked all the checklists because it had been two months since I’d flown that airplane. I called my takeoff on the CTAF, turned the transponder to altitude, turned on the lights and boost pump, and set the mixture to rich. I checked the time and taxied out onto the runway. I put my heels on the floor, throttled up to full power, checked the tachometer, oil pressure and ammeter, glanced ahead to confirm that the airspeed indicator was alive, then put my eyes forward for the takeoff. I rotated at 75 mph.