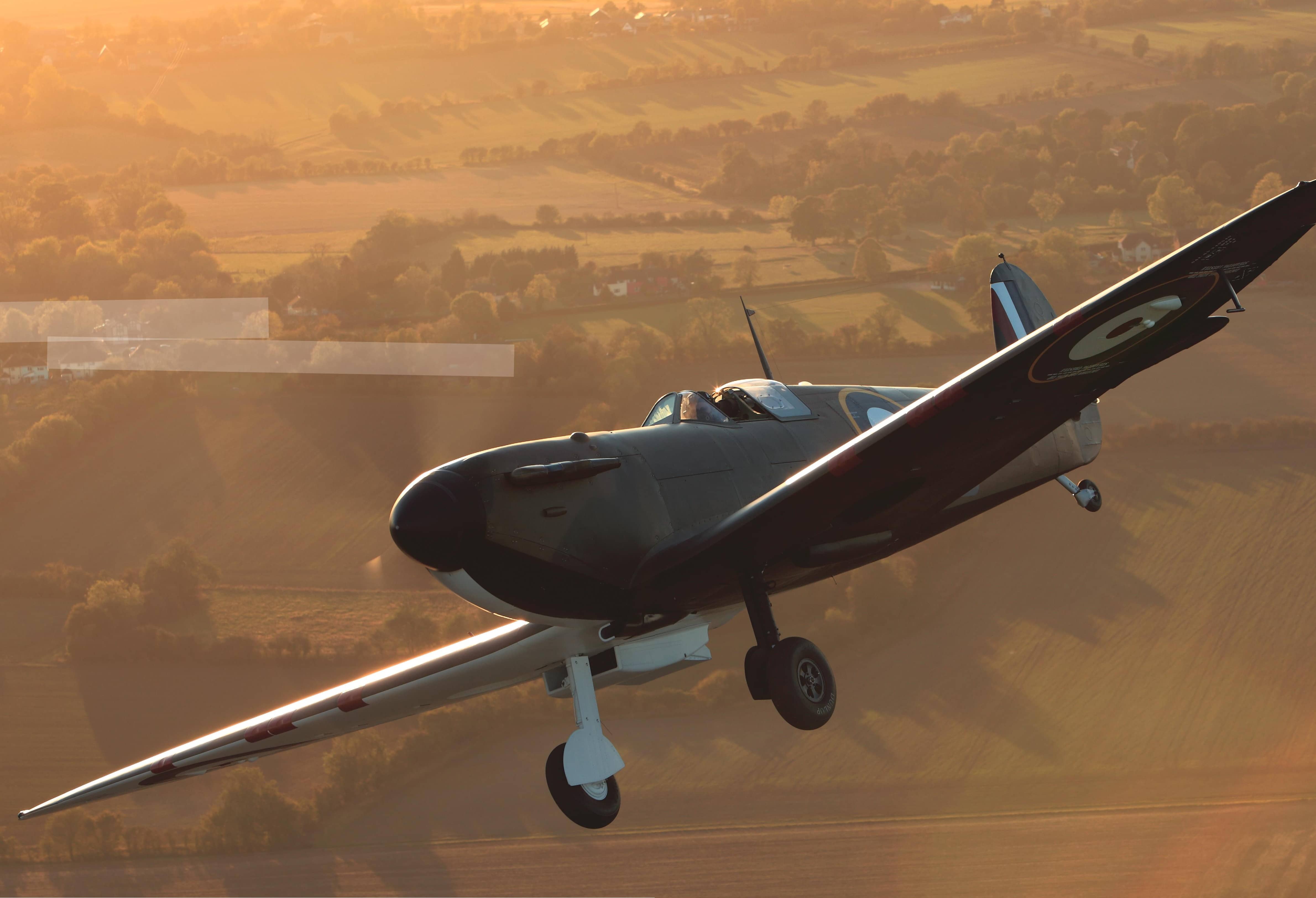 As Hitler’s tanks roll into Poland on September 1, 1939, Europe’s worst fears are confirmed: war becomes inevitable. A thousand miles away, a young man celebrates his first solo flight in a de Havilland Tiger Moth, heading to a quiet English country pub with friends to enjoy a pint of beer. As his training continues, the mighty German Blitzkrieg sweeps across the continent. Soon he will earn his coveted Royal Air Force pilot wings in time to join the most epic aerial battle of history: defending the green fields of his homeland from the Luftwaffe foe determined to clear the path for invasion. Interviewed in London’s RAF Club in 2012, Geoffrey Wellum recounted his experiences as the youngest pilot to fly and fight during the Battle of Britain.

After completing advanced pilot training, Wellum was posted straight to No. 92 (East India) Squadron at RAF Northolt where his young age earned him the nickname “Boy.” He felt the RAF was the best flying club in the world, and was elated to have joined the most elite section of that club: Fighter Command. Wellum arrived on the Squadron just as it was put on operational status, and he sensed an underlying tension behind the smiles and laughter in the officers’ mess. The men knew the gravity of war would soon make its presence felt.

On the morning of May 23, No. 92 Squadron was given its first taste of combat, when scrambled to provide fighter cover to the defeated British Expeditionary Forces. Desperately trying to evacuate from Dunkirk, the troops trapped on the beaches were being pounded by Luftwaffe bombers while the enemy soldiers drew ever closer. Wellum felt useless. He had not even seen a Spitfire close up, let alone flown one, and watched helplessly as his new colleagues got airborne. Upon reaching the French coast they were intercepted by Bf 109s, and a burning Spit soon tumbled downwards towards Dunkirk.

The loss held particular significance for Wellum who said, “Pat Learmond was shot down in flames and killed. Pat was the chap who looked after me my first night in the mess with 92 Squadron. Next morning he was dead.”

Scrambled again in the afternoon, the squadron suffered further losses with Flight Lieutenant Paddy Green badly wounded, Sergeant Paul Klipsch killed, and Flight Officer John Gillies downed over enemy territory. A resounding blow was dealt when the commanding officer, Squadron Leader Roger Bushell, was brought down and taken captive (Bushell later masterminded the mass breakout from Stalag Luft III, made famous by 1963 movie The Great Escape). The following day Peter Cazenove was forced to ditch his Spitfire Mk I P9374 on the beach at Calais.

The missing faces were a stark introduction to the perils of aerial combat for Wellum: “Over the two days we lost five very experienced pilots. That made me think seriously about this fighter squadron business and being in a war with certain gentleman in black-crossed aeroplanes.”

Wellum’s first opportunity to fly the Spitfire left a tremendous impression: “I can still see the Spitfire standing waiting for me, with the ground crew looking as if to say, ‘Oh dear, another young pilot. This is our aeroplane, hope he doesn’t break it.’”

Once airborne, pure exhilaration took hold. Wellum was struck by the machine’s beautiful curves and effortless aerobatic ability. Knowing that he was in a unique position and the envy of many other young men, he remembers his feelings at the time — “For a young chap of 18

years and 9 months, it was a great privilege to be given the opportunity to fly probably the best interceptor fighter in the world. They gave me this wonderful aeroplane to fly — what a pity one had to use it to fight somebody! War seemed to be a great inconvenience. I didn’t realize what it was all about.”

Young and inexperienced, Wellum did not yet share the bond of combat with his fellow pilots. He used every opportunity to build his flying experience, making at least two trips a day to practice formation, dogfighting, battle climbs, cross-country and aerobatics. On June 18, the squadron was ordered to Pembrey on the quiet Welsh coast. The whole squadron flew west in formation, and Wellum describedd the new experience in his autobiography First Light: “Twelve aircraft all thundering along as if locked together over the fresh green countryside of an English spring. What a sight! The color, the different shades of green of field and woods, the bright roundels on the Spitfires. This is something very close to my idea of beauty …This is what being a fighter pilot is all about.”