EYES IN THE SKY 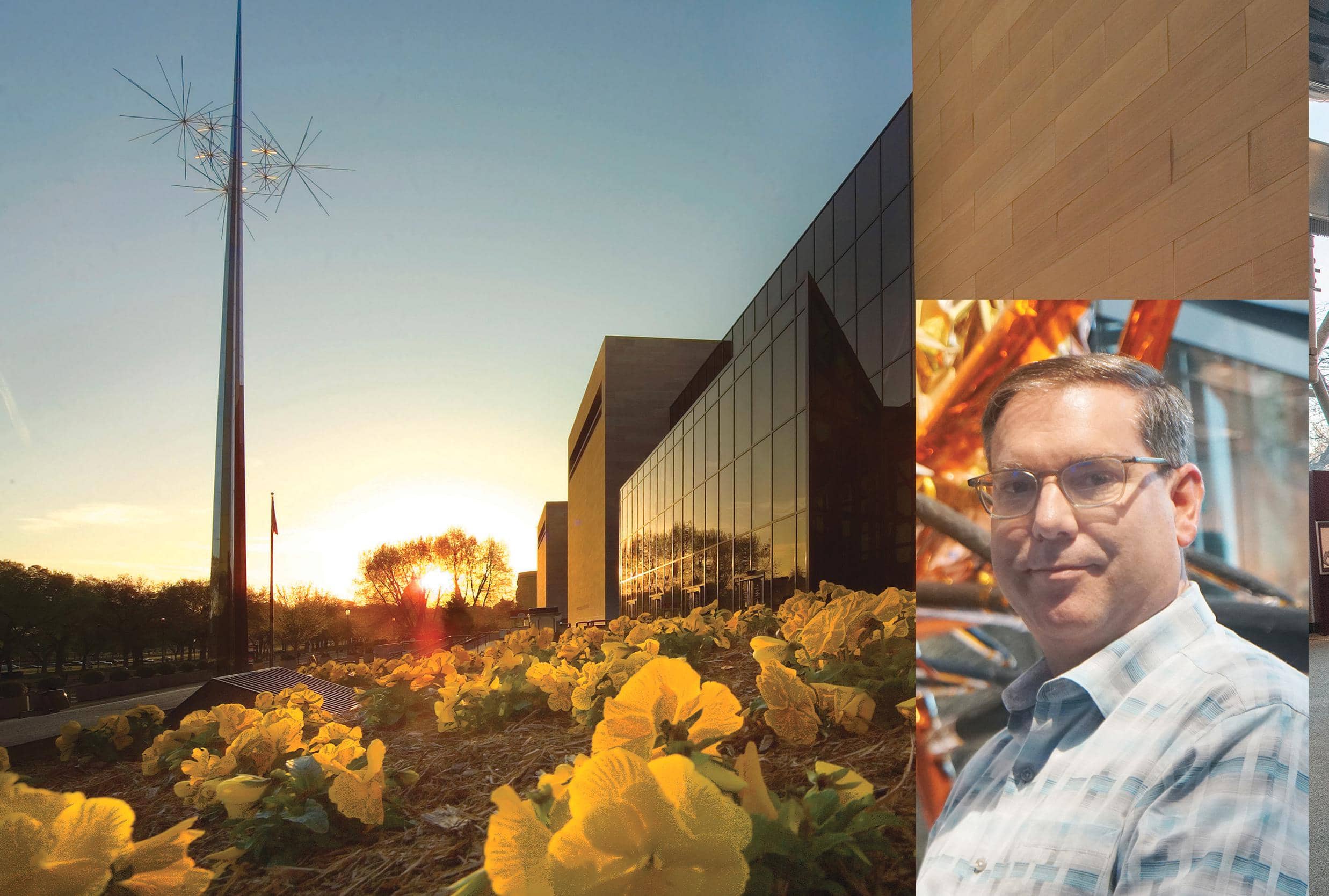 In this special report from the Smithsonian Institution’s National Air and Space Museum in Washington, D.C., Patrick Sherman of the Roswell Flight Test Crew sits down with curator Roger Connor to talk about the museum’s rapidly expanding collection of modern uncrewed aircraft systems (UAS).

When he was designing the xenomorph for Ridley Scott’s iconic 1979 science fiction-horror classic Alien, Swiss artist H.R. Giger omitted one feature shared by virtually every macroscopic life form on Earth: eyes. Interviewed later about his work, Giger said, “We came to the conclusion that a creature without eyes, driven by instinct alone, would be far more frightening. That’s why I painted a second version of the alien that has no eyes.” 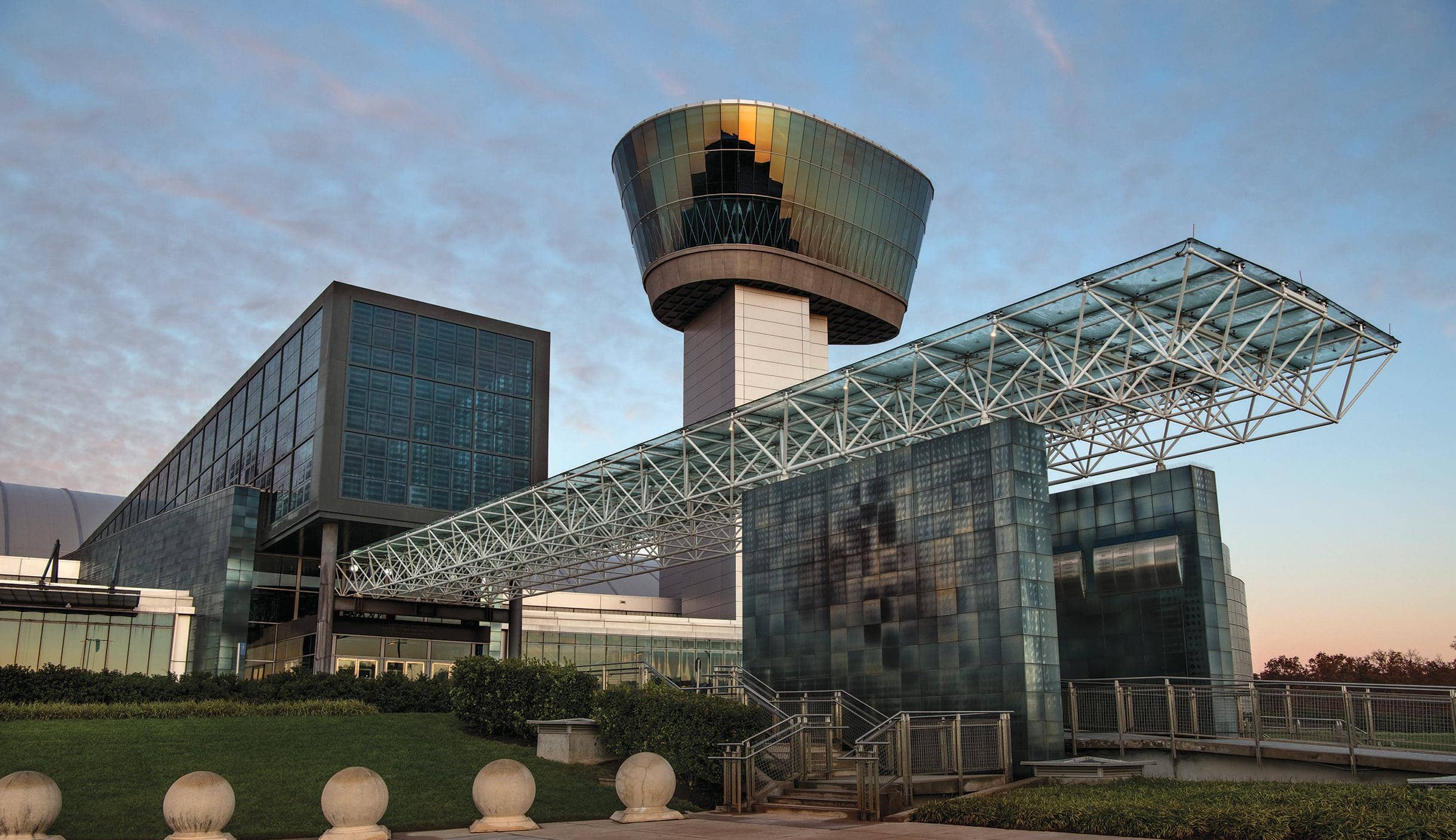 When the word “drone” burst into the public consciousness during the wars in Afghanistan and Iraq in the early 2000s, it was associated with a singular aircraft: the MQ-1 Predator. Even apart from the fact that there was no pilot on board, its configuration was unfamiliar to the general public: straight, narrow wings, like a glider, for long endurance; a V-tail slung beneath the airframe; a pusher-type propeller at the rear; and, in front, a sleek, featureless dome.

Where the cockpit would have been on a crewed aircraft, there was nothing but a smooth surface painted Air Force gray. Like Giger’s alien, it had no eyes and—like the crew of the film’s ship, Nostromo— the American public did not enjoy what it saw. Detractors labeled military drones “flying death robots,” and to this day there remains deep suspicion about their potential abuse, whether launching lethal strikes abroad or conducting surveillance at home. 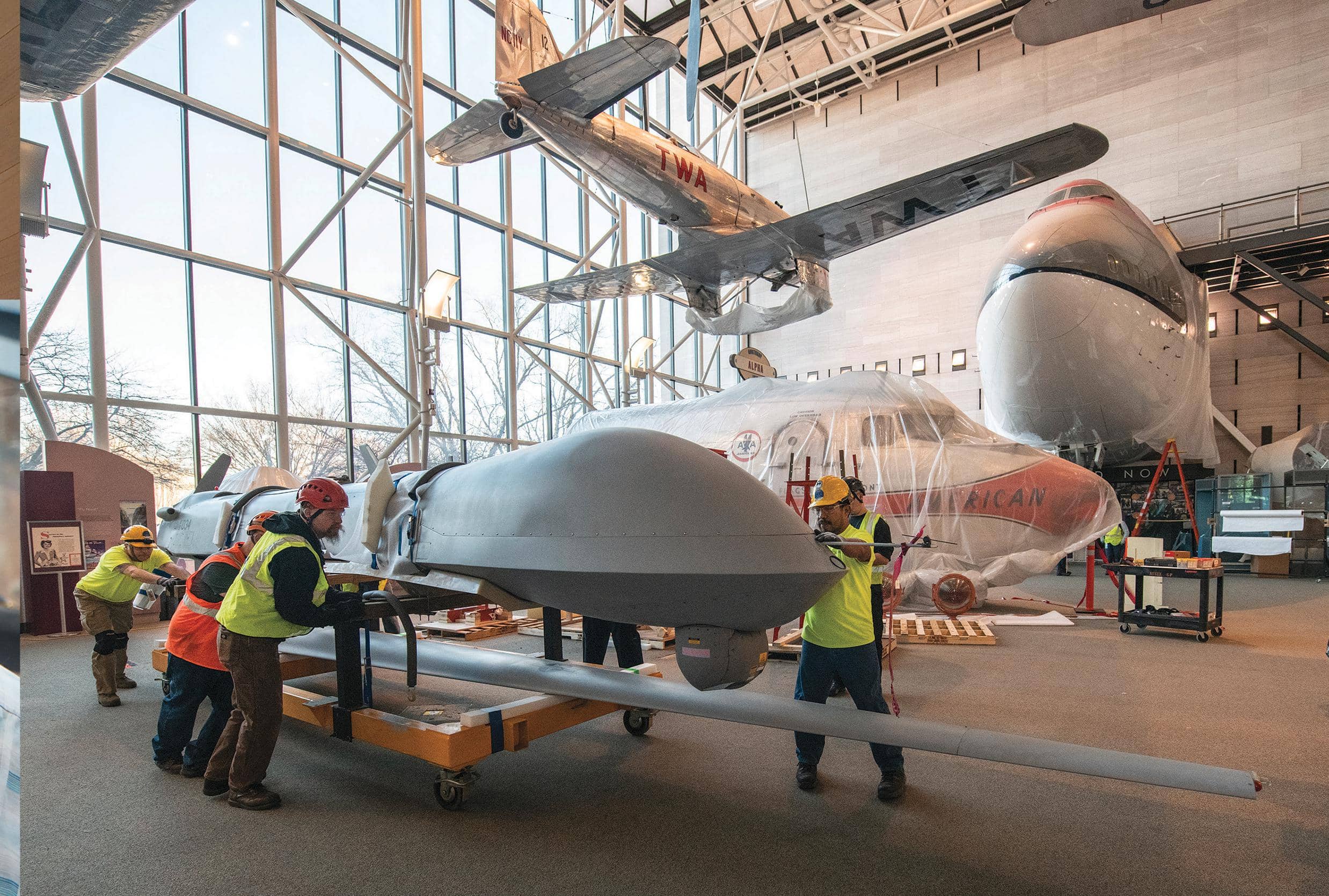 Nevertheless, the curators of the Smithsonian Institution’s National Air and Space Museum recognized that military drones represented the dawning of a new era in aviation, and they knew they needed to begin collecting artifacts that reflected the change happening in the skies over America’s distant battlefields.

“Before 2000, there had been some incidental inclusion of drones among our acquisitions, but no effort to systematically collect them,” said Roger Connor, who curates the museum’s Uncrewed Aircraft Systems (UAS) inventory. “After 9/11, it was clear that these were going to be a new reality in warfare, and we began the wholesale collection of Remotely Piloted Aircraft Systems [RPAS],” he said.

Among the early standouts in the National Air and Space Museum’s efforts: Predator 3034, the first of its type to fire a Hellfire missile in combat. On October 7, 2001, it destroyed an enemy vehicle near Kandahar, Afghanistan. The sequence of events leading up to that strike began 24 years earlier, in the garage of a single-family home in the Hacienda Heights neighborhood of Los Angeles.

Abraham Karem was born in Baghdad, Iraq, on June 27, 1937. Being Jewish, his family moved to the newly established state of Israel in 1951. Karem had a passion for aviation as a child, building model airplanes beginning at the age of 14 and serving as an instructor for his high school aero club. He became a private pilot and graduated from the prestigious Technion-Israel Institute of Technology with a degree in aeronautical engineering.

Karem did pioneering work on drone technology in Israel, but ultimately became disenchanted with the Israeli Defense Forces acquisition policies and moved his family to the United States in 1977. Working with a small team in his garage, Karem built a 200-pound drone with a television camera in its nose, capable of flying for 56 hours—a substantial achievement at the time. He named his creation “Albatross.” 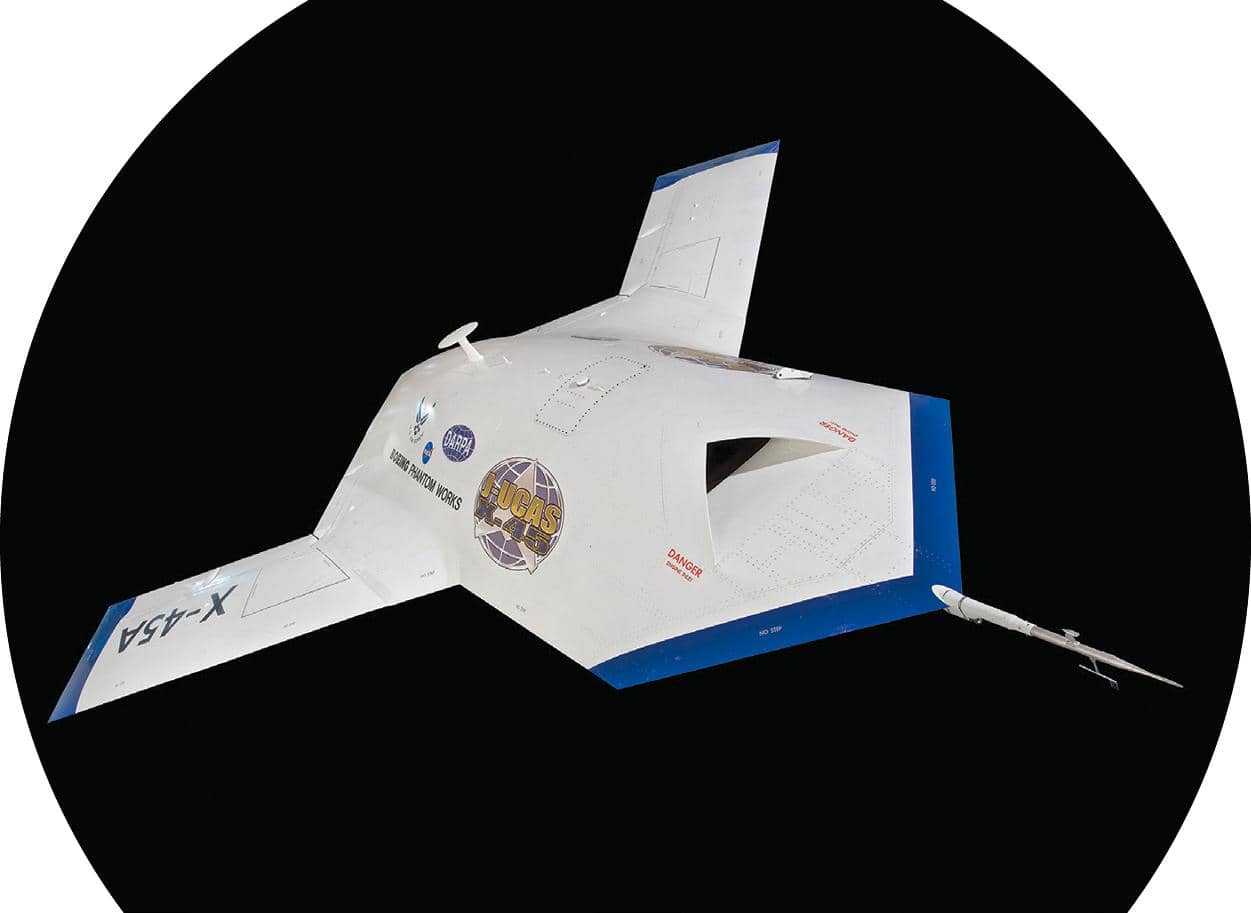 The United States’ Defense Advanced Research Projects Agency (DARPA) paid for a series of test flights with the Albatross, and they came away so impressed that they funded the development of a second airframe by Karem, called “Amber.” There was interest both from the U.S. Navy, looking to improve the accuracy of naval gunfire, as well as the U.S. Southern Command, which wanted to maintain persistent surveillance of the country’s border with Mexico to interdict drug shipments.

However, none of those contracts materialized, and Karem’s company was forced into bankruptcy. He, and his innovative designs, might have become a footnote to history, had his company’s assets not been acquired by defense contractor General Atomics in 1990, which then hired Karem and eight of his colleagues to continue their work. 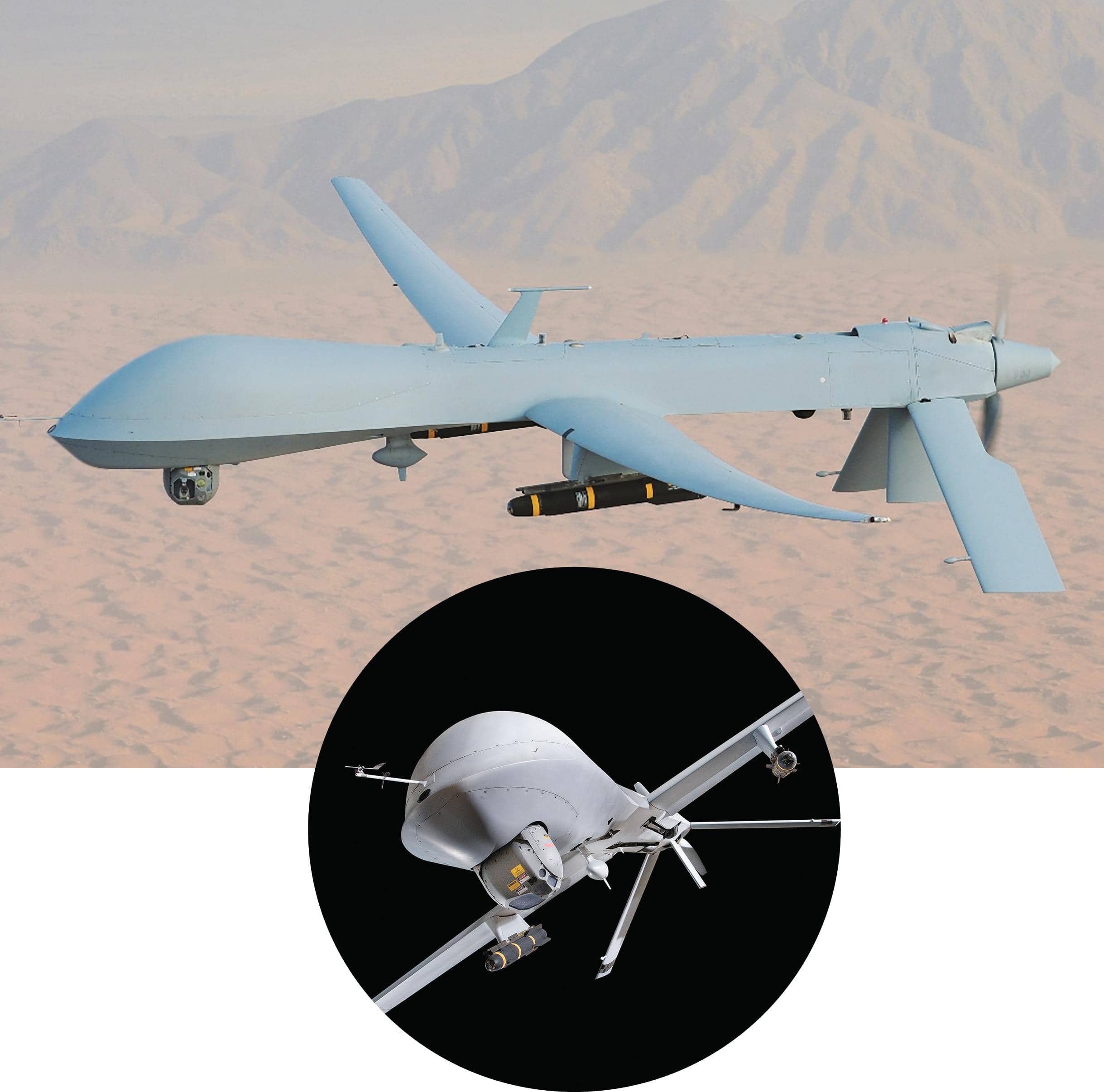 The following year, a brutal civil war erupted in Yugoslavia, fracturing the nation along ethnic lines. Then CIA Director James Woolsey sought a low-risk means of monitoring the conflict, and remembered Karem’s groundbreaking work. The agency purchased two Gnat- 750 drones—the immediate precursor to the Predator—from General Atomics, and deployed them in the skies over Bosnia.

The platform’s greatest weakness proved to be the radio links that connected the remote pilots to the aircraft, which limited how far it was able to fly from its home base. To address this issue, Karem incorporated a satellite antenna, enabling worldwide operations. However, to fit the new hardware on board the existing airframe required the addition of the distinctive dome on the nose of the aircraft.