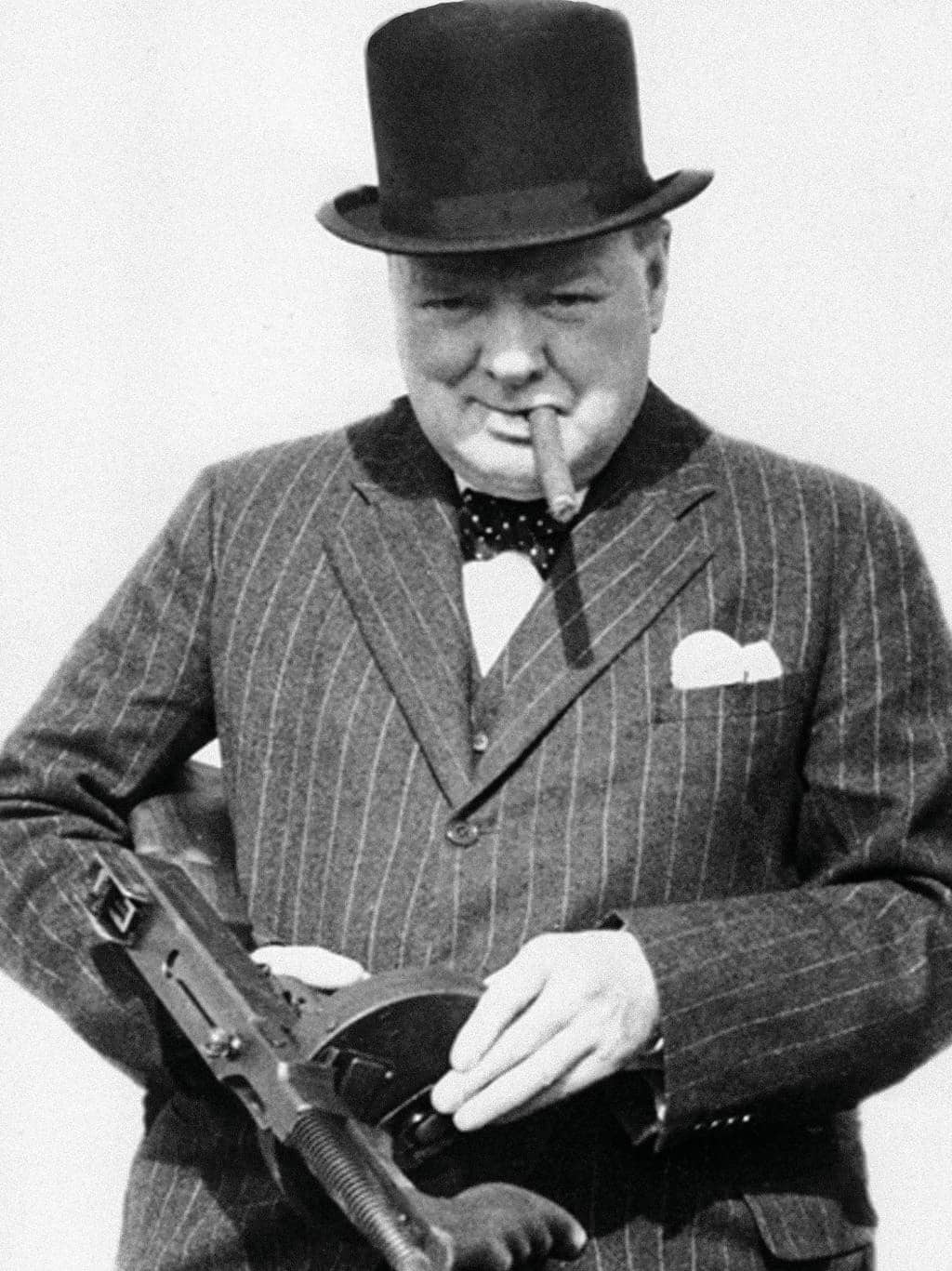 Military weapons, guns and rifles for field sports and presentation pieces make up the remarkable collection of the Army officer turned statesman

Winston Leonard Spencer Churchill (1874-1965), one of the 20th century’s most important figures and one of Britain’s most influential national leaders, was also an enthusiastic shot and sportsman. He purchased, was given and used a range of firearms during his military, political and sporting career. His extensive personal armoury included pistols, rifles, shotguns and a number of sub-machine guns. Little has been written about – or is known about – Churchill’s personal armoury; this article intends to correct that omission.

The number and type of weapons grew over time, not only by ones personally acquired but also through gifts made to him while serving in public office. By his death in January 1965 Churchill had acquired and used at least 24 weapons but, at his death, only 17 were known as surviving in his personal armoury, including his favourite pair of Woodward shotguns and his trusty Mannlicher rifle, plus some weapons relating to his military career.

Churchill saw military service in India, the Sudan, South Africa and on the Western Front in World War I. While serving in these theatres he carried and used a variety of pistols and revolvers. The earliest pistol we know of was a .455in Webley-Wilkinson Model 1892 revolver, probably acquired in early 1894 during his cadetship at the Royal Military Academy, Sandhurst. He used it during his service on the North-West Frontier of India, an area of perpetual conflict known to the Army as the ‘Zone’, when serving with the 4th Hussars in 1896 and the revolver remained with him until his death in 1965. The Imperial War Museum acquired it in 1997.

One of the abiding mysteries regarding Churchill’s military service weapons is associated with his service in the Sudan and South Africa, and his use of the Mauser C96 pistols during that service. That he used one is not in doubt but the mystery is how many did he have, where and when did he get them and what happened to them? Some entries in the Churchill papers cast light on their acquisition. There is an account dated 1 November 1898 from John Rigby & Co for: ‘£15 2s for two Mauser pistols and ammunition [supplied in 1898]’. The two Mauser pistols are recorded as serial numbers 4257 and 2373 (with an individual cost of £5 5s each; the rest of the order was made up of 1,000 cartridges, a tin-lined cartridge box at 6s and a 1s pistol box). Churchill was often slow to settle his debts, especially with those in ‘trade’, such as tailors or gunmakers as is illustrated by the fact that he only cleared this debt in May 1901. A further note in the Churchill archives from November 1938 shows that even James Woodward & Son had to write to his personal secretary, Kathleen Hill, asking for a settlement of an account of £37 13s that dated back to 1935 – three years overdue.

The Mauser mystery deepens as there is an additional reference to a third pistol apparently owned by Churchill in a bill submitted to him, again by John Rigby & Co, on 31 December 1902. This was for work carried out in November 1902 cleaning a revolver (mentioned as a .450 WG Target revolver serial no 1384) and a Mauser pistol serial no 3511. The current whereabouts of two of these Mauser pistols and the Webley WG revolver is unknown; the third Mauser pistol is in a private collection. There is also no mention of these pistols in 1920 on Churchill’s first Firearms Licence, licensing having been introduced by the 1920 Firearms Act.

Sometime during or just after his service in the Sudan campaign of 1898 he acquired, as a memento, an Italian Vetterli-Vitali Model 1870/87 rifle that had been used by the Sudanese forces and which is heavily carved and decorated. He kept it as a souvenir for the rest of his life.

In late 1911, Churchill, now an MP and in government, was appointed First Lord of the Admiralty, a post he held up to and through the early years of the war. In February 1914, he was presented with a Canadian Ross Model 1910 Mk III rifle by the Canadian Minister of Militia and Defence, Colonel the Hon Sam Hughes MP, which bears a plaque to that effect. It remained in his armoury until his death and was subsequently sold to the Imperial War Museum in 1975.

Following his resignation from the government in November 1915, Churchill served on the Western Front during 1916 as the commanding officer of the 6th Battalion, Royal Scots Fusiliers (in command from January to May 1916) during which time he carried a Colt .45in 1911 Government model pistol. He had purchased it in London in 1915 and it is reputed to have been one of his favourite guns and bears obvious signs of frequent use. The right side of the slide is engraved: ‘WINSTON SPENCER CHURCHILL’. This is probably the pistol he is recorded as using for target practice during World War II. It is now in the collection of the Imperial War Museum.

Churchill acquired or was presented with additional pistols during his lifetime. In early 1911, while serving as Home Secretary, he was presented, as a New Year’s gift, with a Webley Model 1909 self-loading pistol. He received it the day after his involvement in the famous Sidney Street Siege of 3 January 1911. In his note of thanks he alludes to the event: “Had it arrived just one day earlier it might have gone into action. As it is I trust some time will pass before I have need of it. It is, as the Americans say, not a thing you want often, but when you do you want it badly.”

In 1920, Churchill also acquired a Webley .32in Model 1913 self-loading pistol, probably for self-defence. This pistol was assembled in April 1920, sold in June 1920 and appears on Churchill’s l920 licence issued by the Metropolitan Police on 9 December when he was living at No 2 Sussex Square, London W2. It was sold at auction in 2015.