THE RE-TELLING OF RACHELLE ANN GO 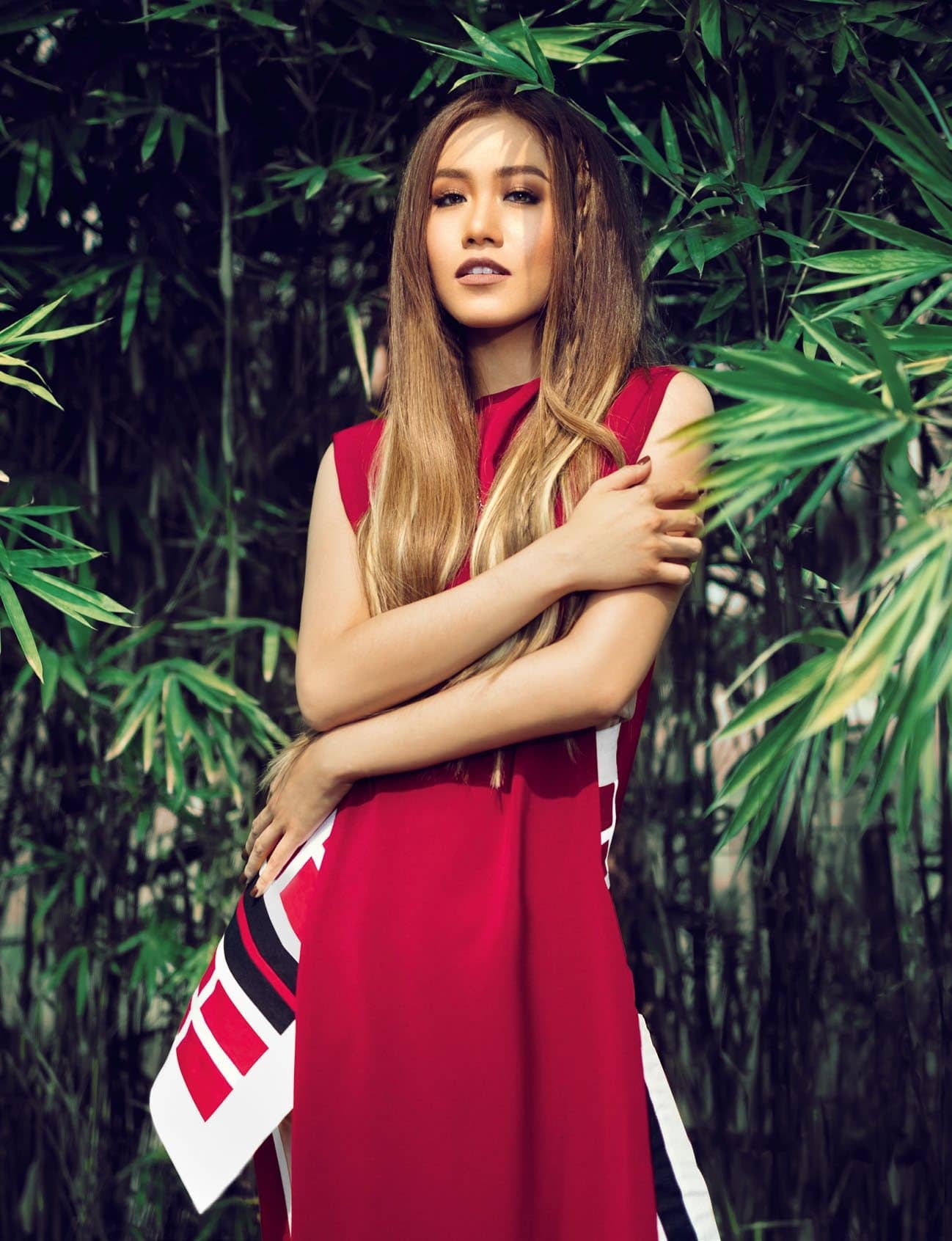 Two years after taking a leap of faith into the unknown of the West End, Rachelle Ann Go’s star shines even brighter as she continues to conquer the world—one musical note at a time

If there is any piece of theater that the we are most aware of, it is definitely Miss Saigon, the passionate, honest and heart-wrenching telling of a tragic love story told through the point of view of the painfully tragic destitute that is Kim. But while the entire world cranes its neck and presses its ears close for a sight and sound of the much-celebrated character, another beautifully complex and equally tragic wrought character is often overlooked.

The harmonious cacophony of the daily dies down to an eerie sense of calm, betraying the war-torn Vietnamese milieu. An unsettling melody disrupts the quiet, foretelling in its cadence of percussion and strings. It is a weighty moment and from it emerges the sensually attractive but hardened Gigi Van Tranh, the original Miss Saigon in the story. Stripped to a bare minimum, there is nowhere to hide as she rings in the first solo of the show, The Movie In My Mind. Forlorn and at the edge of giving up, Gigi reverberates of the last clutches of hope—“And life is like a dream,” she sings and it hits you right in the soul.

Come to think of it, the tough as nails Gigi Van Tranh sets the tone for the now classic musical. It is her plight for a better life, where she won’t have to dance, that resonates and latches you on to the rest of the show. Yes, the role isn’t a major one but it is important. It was precisely this level of understanding that Rachelle Ann Go gravitated to the role roughly two years ago.

“A lot of people were telling me not to do the role,” she reveals. “Sabi nila, ‘It’s just Gigi. It’s not the main character of the show. It’s not lead, why take it?’ Ako naman, it’s not about the character eh. I feel like it’s about the experience. Feeling ko nung nasa Manila ako noon, I was doing shows, albums…I was happy pero I felt like there was something more that I could offer. And I wanted to experience new things, new challenges also.”

The pop star with hit albums, sold out concerts, forays in television and theater packed her bags, left a steady life of success and comfort and set sail for the uncertainty that was a stint at the revered West End.

Uncertain as it was, it proved to be the beginning of the retelling of the book of Rachelle Ann Go—one that seemed already written out for her. If there was anything she was sure of, she was ready to live it out— for herself and for the country.