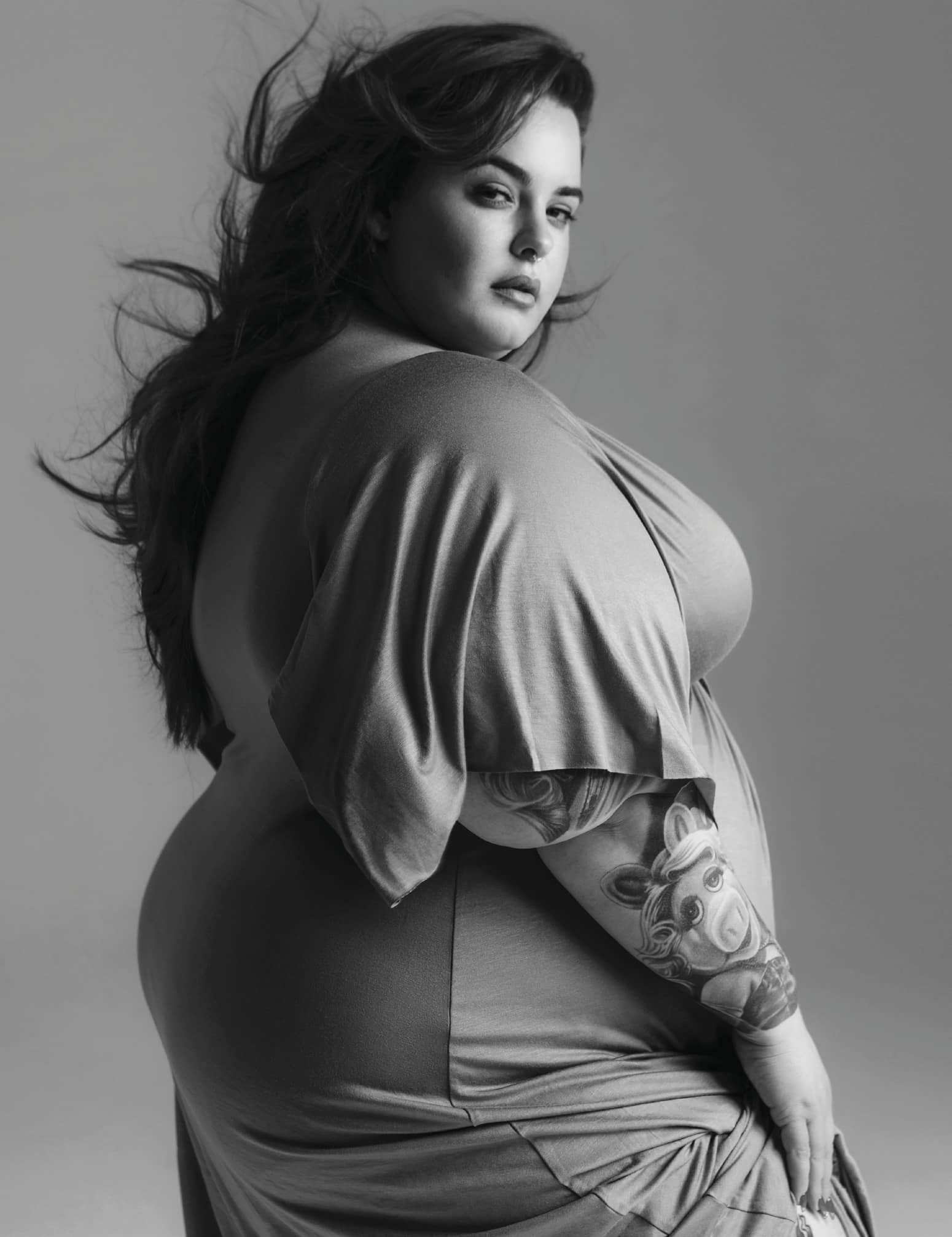 The thwack of battle ropes as they hit the floor, sending dust flying into the air. A Lycra-clad woman raising hand weights above her head, before racing across ladders laid down on the floor. These – along with the steady pump of Calvin Harris tracks – are the sights and sounds that you’ll hear in any gym across the country, so par for the course that they’re unremarkable. And yet when model Tess Holliday is the woman in this scenario, it is remarkable. People pay attention to. They comment on her Instagram; they discuss her on panel shows; they write articles about her. This is what happened when, last year, Tess first began sharing her workouts on her social media pages. Her loyal fans feared she was turning her back on her self-love philosophy, while her trolls told her that she didn’t belong on the gym floor. A war broke out in her comments section. She had, unwittingly, stirred up a global debate about what happens when a size-26 woman works out. Here’s what she learned along the way.

YOU DO FIT IN