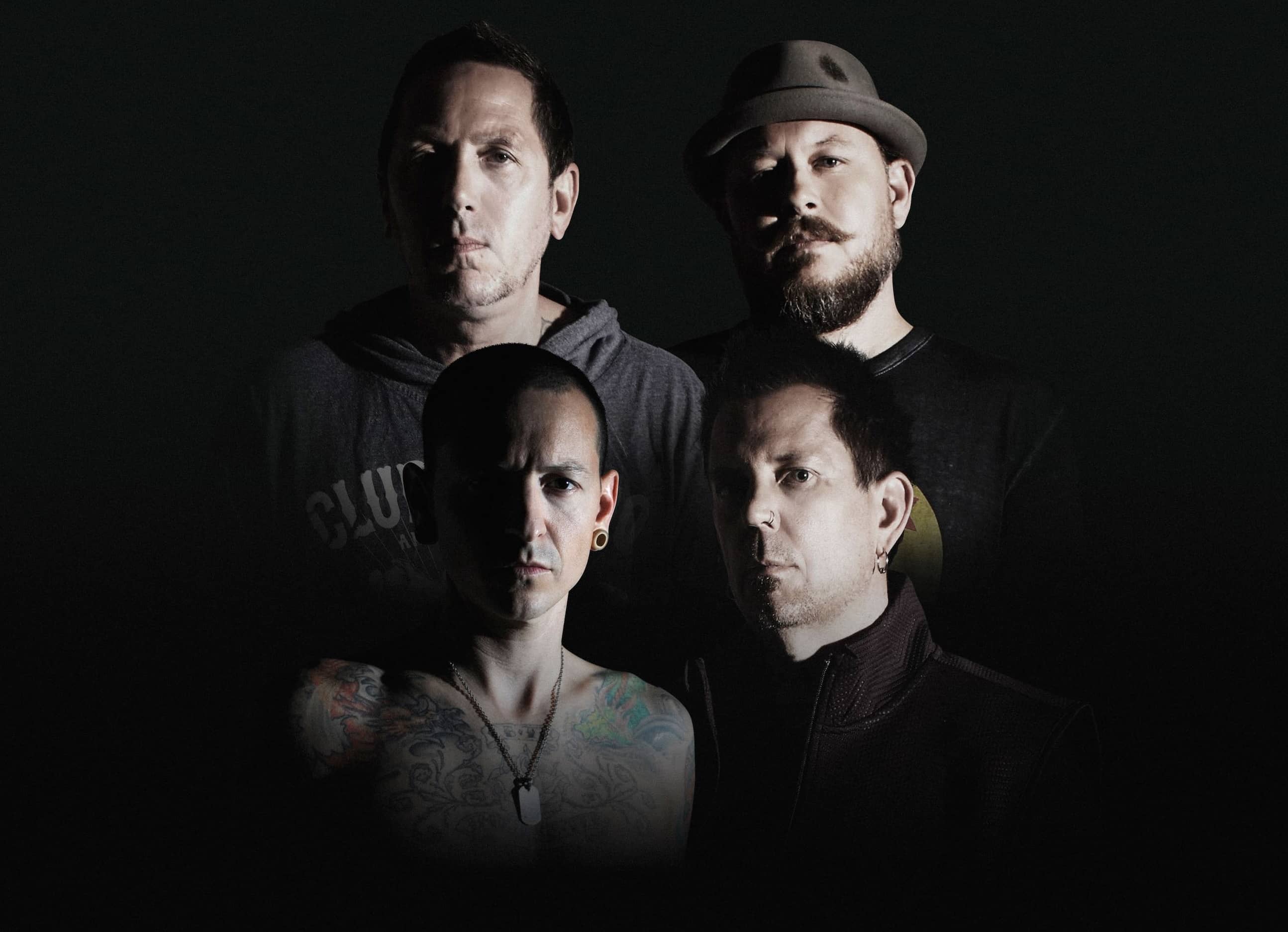 WHEN LINKIN PARK SINGER CHESTER BENNINGTON DIED IN 2017 HE WAS PLANNING A REUNION ALBUM WITH HIS PRE‑FAME BAND GREY DAZE. NOW, THAT ALBUM HAS BEEN COMPLETED – WITH VOCALS BENNINGTON HAD RECORDED, AND GUEST APPEARANCES BY GUITARISTS FROM KORN, HELMET AND BUSH. GREY DAZE GUITARIST CRISTIN DAVIS LEADS THE TRIBUTES...

Amit Sharma
“We’ve been sitting on this thing for a while,” explains Grey Daze guitarist Cristin Davis. It’s no exaggeration. The music his group have been holding onto stretches as far back as the early 90s, when a young Chester Bennington started his first band with some school friends, releasing two albums before leaving to discover worldwide stardom as the frontman of nu-metal chart-toppers Linkin Park.

The project had been revived in 2017, with plans to tour and record being tragically cut short by the singer’s suicide on July 20th of that year, aged just 41 years old. Three years on from the day that shook the rock and metal world to its core – and, crucially, with the blessing of Bennington’s family – Amends is an album that reworks some of their existing music for a major label release, breathing new life into the earliest recordings from the prodigious singer’s career...

“All of us have at some point said his lyrics were kinda prophetic,” continues Davis, who joined the band for the reunion, replacing deceased guitarist Bobby Benish, though was also close to Bennington and indeed all of Grey Daze during their original tenure. “It’s like he wrote his ending before he wrote his beginning. That’s why we named the record Amends because those lyrics felt like an apology from beyond. Some of these songs can quickly bring me to tears, despite having listened to them so much over the last couple of years...”

Truth be told, the 11 tracks heard on Amends aren’t your typical remasters, but rather music fully reinvigorated and reimagined around the singer’s original takes. For Davis and his bandmates, it was an entirely new way of cutting a record – starting with the vocals and then working backward.

“I realised how easy it was to change the key, chord progression or structure,” admits Davis. “I would never have thought about that before. What made it even more surreal was the fact I’d known the original versions of these songs for 25 years. So trying to go back in and remake them was a pretty strange process. Most of them have two versions, the 90s-ish one updated and then a completely new one with additional songwriters and producers brought in – and we actually ended up sticking with the new versions mostly. Isolating a vocal to come up with new parts is a challenge for sure... But you can find some pretty amazing stuff a long the way.”

For his guitar parts, Davis stuck with more of a rudimentary approach, regardless of how much technology had advanced in the quarter of a century since he and Chester had first crossed paths. Drop D tunings were employed to create heaviness and depth (“a lot of people don’t like it because they think it’s too easy using just one finger, but actually you get more range!”). The guitarist describes his overall philosophy as “more punk rock at heart”, generally preferring to “get in, plugin and get loud” – relying on vintage JCM800s and Les Pauls for those heavier parts.