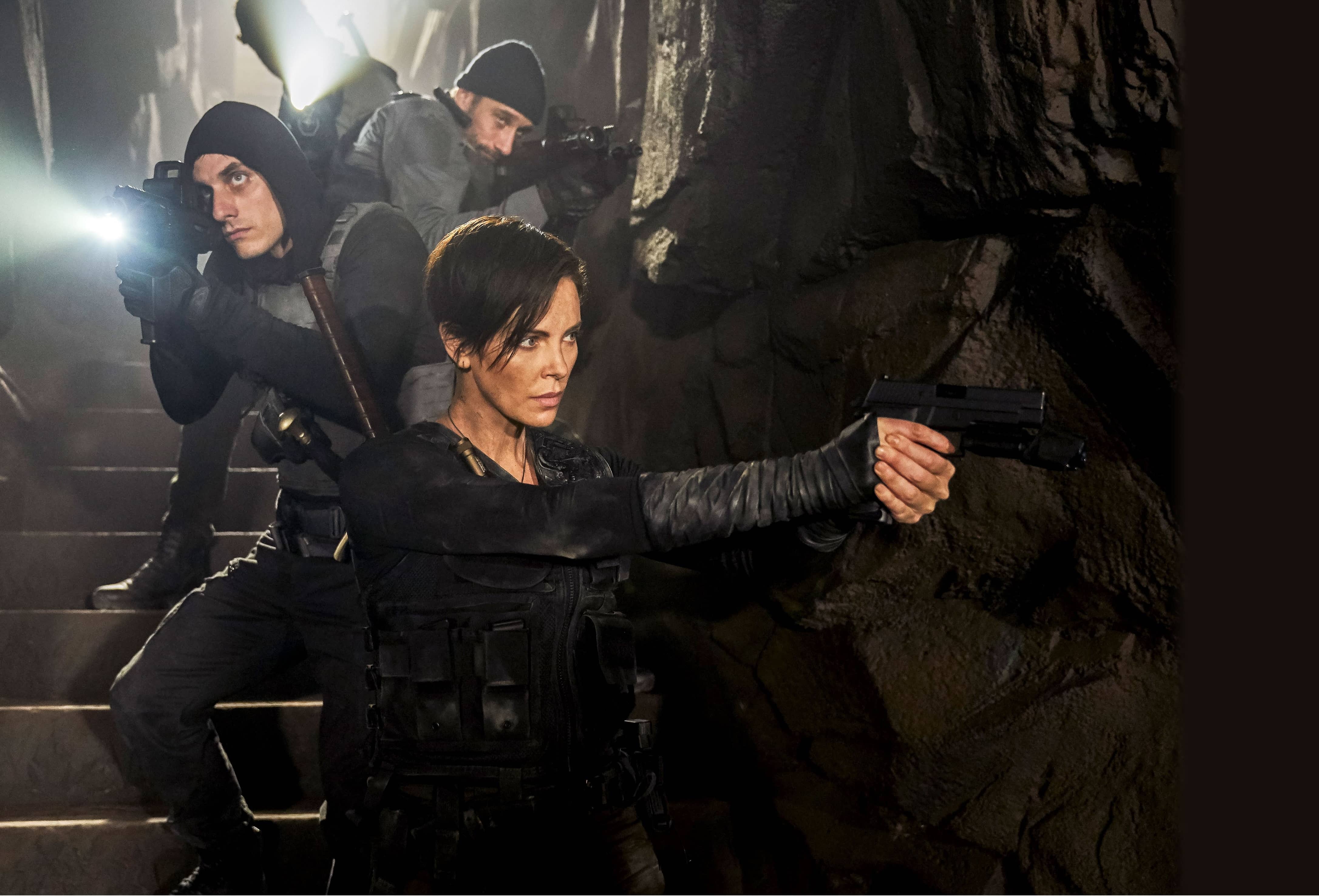 IN THE OLD GUARD, CHARLIZE THERON STARS AS AN IMMORTAL WARRIOR WHO HAS DEDICATED HER ETERNAL EXISTENCE TO SECRETLY RIGHTING HUMANITY'S WRONGS - UNTIL HER KING BECOME THE TARGETS. TOTAL FILM TALKS TO THERON, CO-STARS KIKI LAYNE AND CHIWETEL EJIOFOR AND DIRECTOR OINA PRINCE-BY THE WOOD ABOUT LOCKDOWN'S BIGGEST COMIC=BOOK BLOCKBUSTER...

When the story of 2020 in film is written it will be dominated by a virus that shuttered cinemas, brought the world to its knees and inspired the most awkward celebrity sing-a-long since Mamma Mia! But it should have been a very different story. This was the year that comic-book blockbusters finally afforded female filmmakers the same opportunities as their male counterparts, with Cathy Yan (Birds Of Prey), Cate Shortland (Black Widow), Chloé Zhao (The Eternals) and Patty Jenkins (Wonder Woman 1984) at the helm of the year’s biggest superpowered hitters.

Hope remains that, in most cases, their work will still make it to cinemas this year. But there’s one film that isn’t budging for the coronavirus: The Old Guard. Directed by Gina Prince-Bythewood (Love & Basketball, Beyond The Lights), the adaptation of Greg Rucka’s Image Comics series, about a team of immortal mercenaries, is standing firm for the simple reason that it’s being released by Netflix – currently the only show in town for action tentpoles.

Call it luck or the benefit of launching on a pandemic proof platform, but despite possessing no connection to the MCU or DCEU, The Old Guard is now – by default – the biggest comic-book movie hitting (small) screens at the height of the blockbuster season.

“Even prior to this crisis, I’ve always been very excited about the prospect of streaming, and that it allows for another avenue for people to see what we make,” Theron tells Total Film over the phone from her LA home, where she’s currently moonlighting as a movie star while spending her days as a replacement teacher for her two children. “Our industry is going to have to change after this crisis anyway. I do feel there are moments where you want to go sit in a theatre, and there are moments where you want to just sit on your coach – I don’t think one is better or more worthy than the other.”

The Old Guard was always destined for Netflix, but unlike many films now making a reluctant leap to streaming, the reason was never Covid-19. “It’s two female leads, and most of Hollywood would be cramming the numbers and panicked saying, ‘Are people going to see it? Because this is different, and if it hurts the box office maybe we shouldn’t do it?’” claims Prince-Bythewood, who had been looking to break into blockbusters for years before production company Skydance approached her, looking for the right woman to direct their white-hot comic-book script. “There was none of that with Netflix. They actually wanted a female-led action film. So it was just a different dynamic. And to have somebody want you as opposed to be afraid of you is a really nice feeling.”