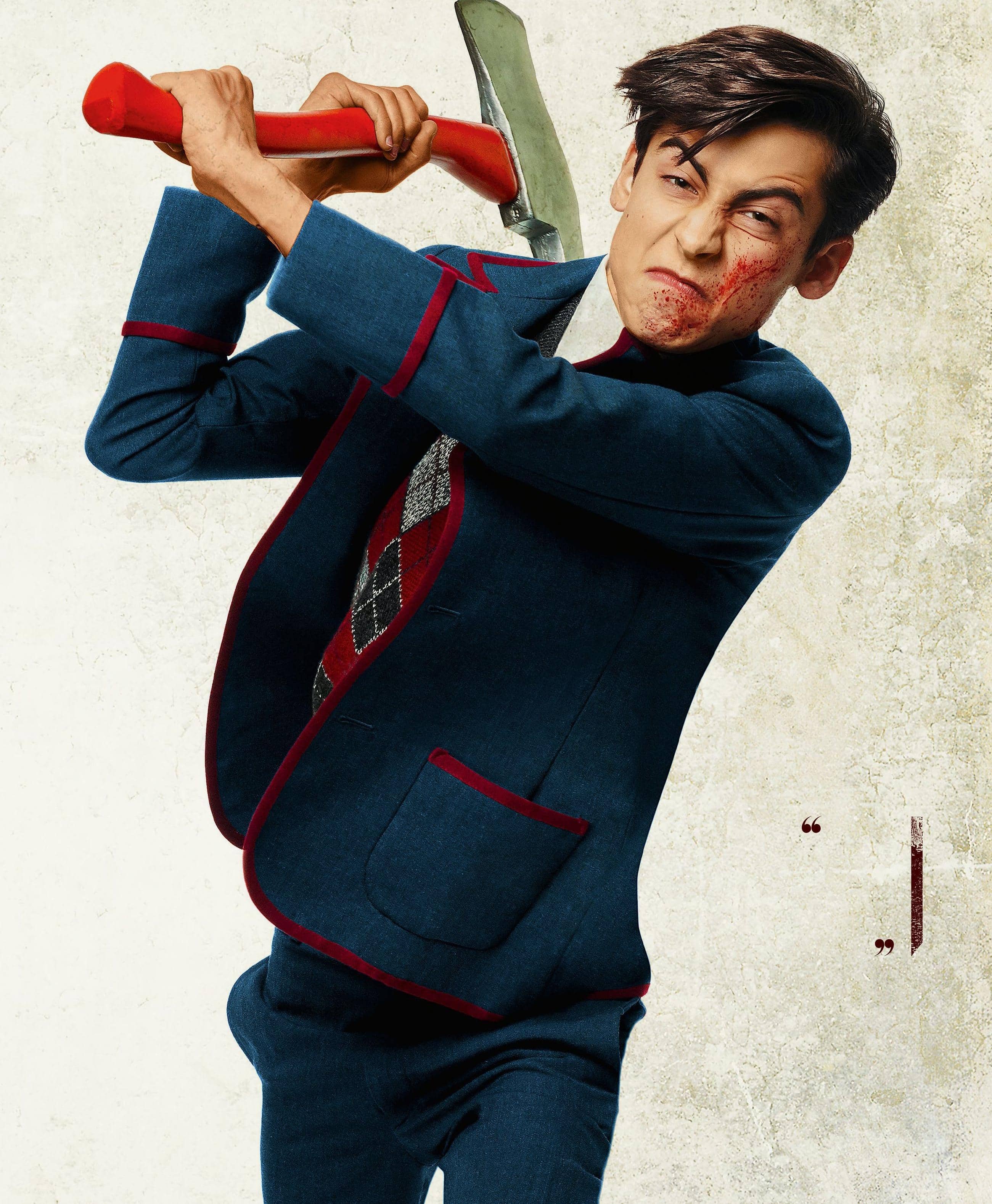 At the tender age of 16, Aidan Gallagher has already accrued a dizzying array of titles: actor, musician and environmental activist (in 2018 he was named a UN Goodwill Ambassador). He’s practically the definition of an old soul. So it’s not surprising that as Five in The Umbrella Academy – essentially a 58-year-old in the body of a 13-year-old – he leaves no doubt that he’s always the adult in the room.

Netflix’s TV adaptation of Gerard Way and artist Gabriel Bá’s comic features Gallagher as one of seven Hargreeves siblings. All were born on 1 October 1989, possess unique superpowers and were raised by billionaire Sir Reginald Hargreeves to help save the world. In season two, Five zaps his family to Dallas, Texas right before Kennedy’s assassination to save them from impending apocalypse. Trying to get them back together ends up being the bane of Five’s existence – but for Gallagher, it was a delight to perform. He shares with SFX the highs and lows of attempting to be heroic both on TV and in life.

Audiences really embraced the series, and particularly Five, so how did you feel coming into season two?

Picking up where Five left off in season one, I wanted to beat the performance. I wanted to do it even better. We certainly have a really interesting arc for all of the characters, and it was very fun to see Five weave his way through that new context.

Five’s not exactly the favourite brother this season…