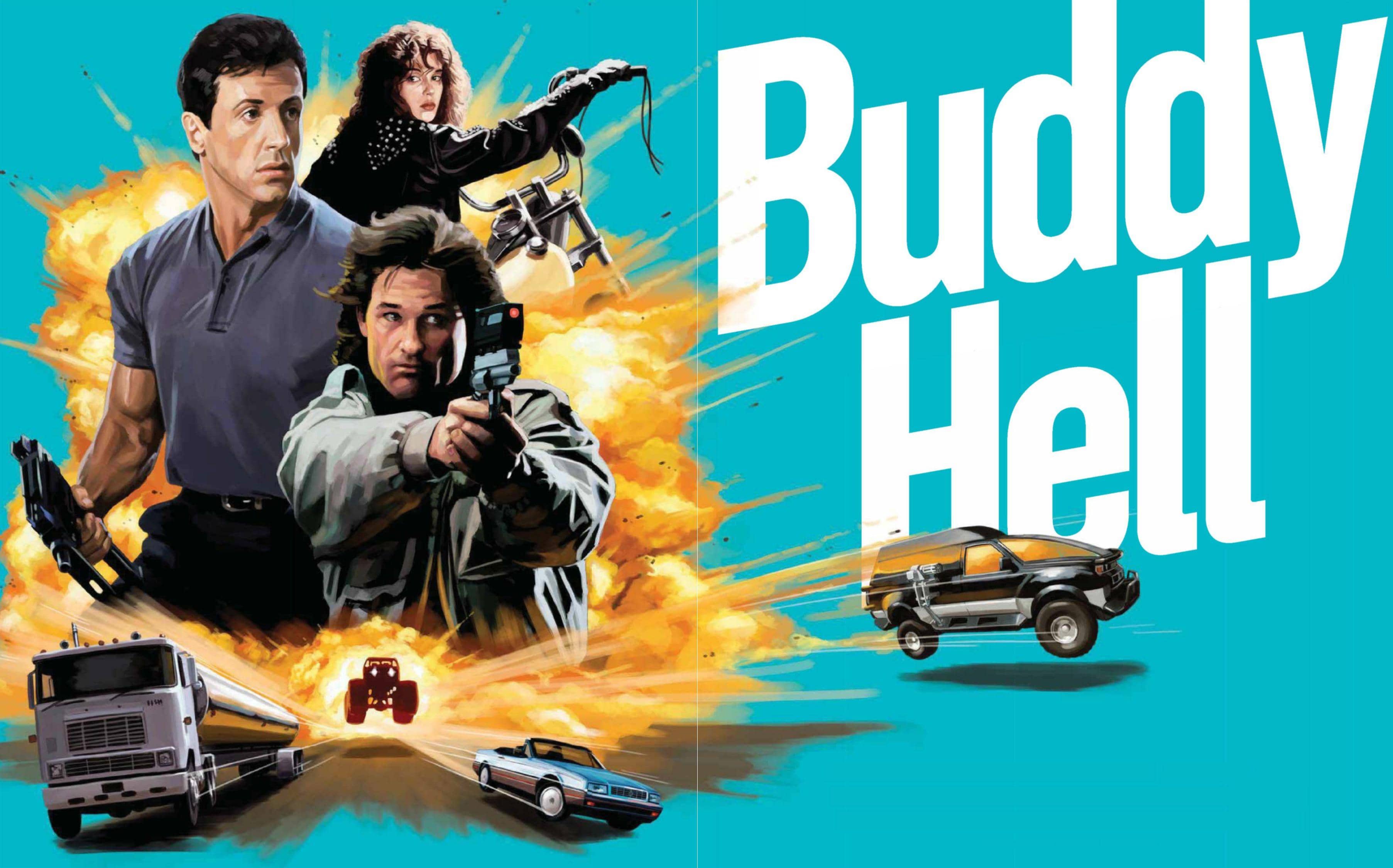 The last blockbuster to be released in the 1980s, Tango & Cash seemed like a no-brainer: a buddy-cop team-up for two of Hollywood’s biggest stars. But it didn’t take long for the wheels to spectacularly come off

MID-SUMMER, 1989. Inside the offices of Hollywood mega producers Peter Guber and Jon Peters, a production meeting is in full swing.

“I don’t care if it fucking farts, I want Peter to fucking shoot it!” Jon Peters screams at line producer Larry Franco, referring to British second-unit director Peter MacDonald. “Whatever it is, action or dialogue, I don’t care. You gotta get Peter to shoot it!”

Welcome to the daily hellscape that is the life of Larry Franco, line producer on Tango & Cash. The grunt of the producing fraternity, a line producer’s role is to supervise the day-to-day running of the project, planning the logistics of the complex, expensive operation that is a Hollywood movie.

And on Tango & Cash, as Franco was discovering, it also involved being yelled at. A lot.

“Tango & Cash was the most screwed-up show I ever worked on,” Franco tells Empire. He pauses, then adds, “And I worked on Apocalypse Now.” 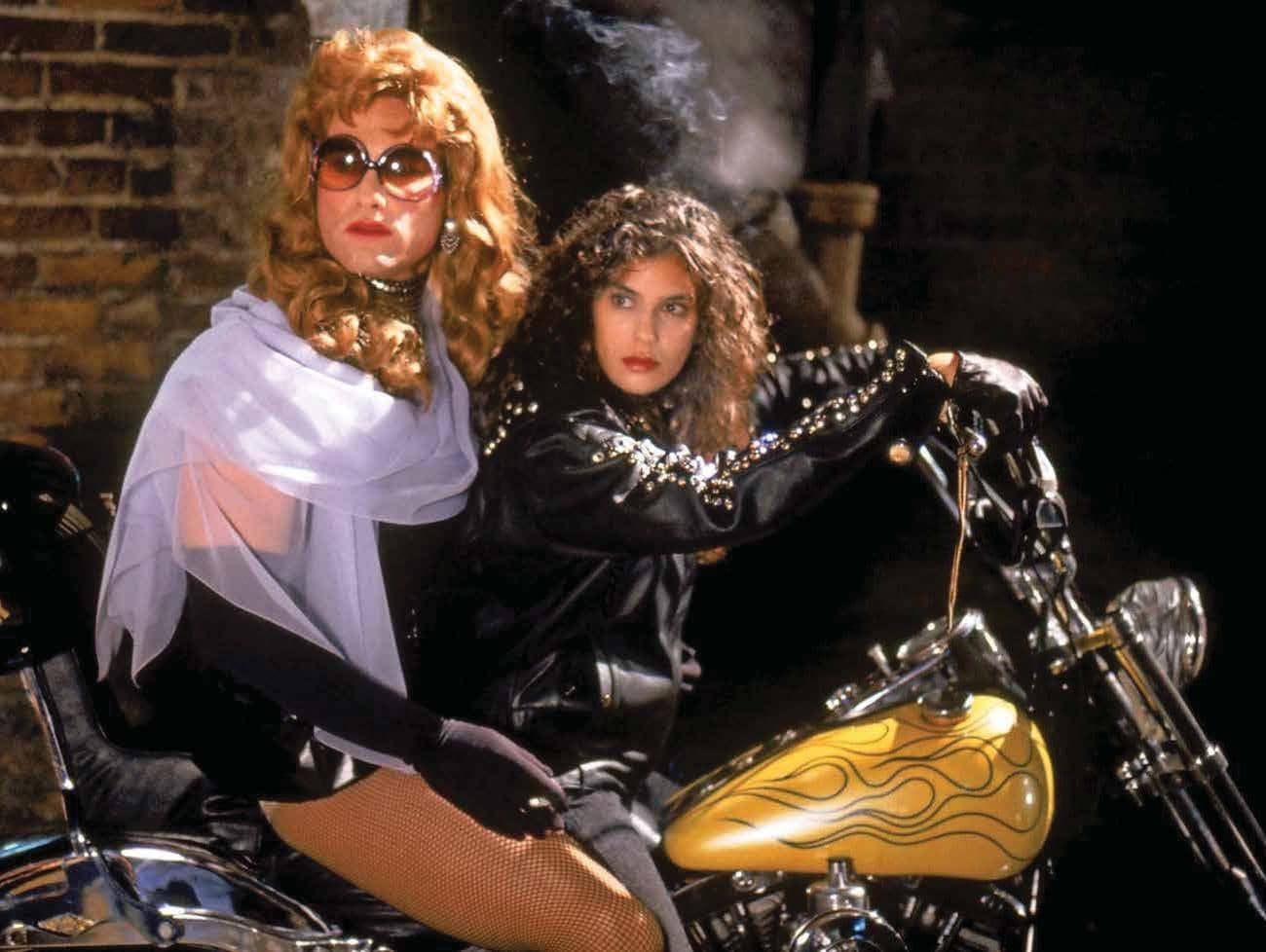 RELEASED ON 22 December 1989, Tango & Cash was the last Hollywood movie of the 1980s, and the decade that didn’t so much forget taste as ball-gag it, tie it to a gurney and torment it with pliers, couldn’t have chosen a more appropriate movie with which to make its exit. It was, it is, one of the most deliriously crazy studio movies of all time. Nominally a buddy-cop movie in the Lethal Weapon vein, it departs whatever rails it was ever on almost immediately, with an opening sequence in which Sylvester Stallone stops a speeding tanker packed with cocaine with nothing but a pistol and a quip. “Fuck you!” a drug goon declares. “I prefer blondes,” is Stallone’s reply. The repartee is typical of the film’s otherworldly dialogue, which is composed almost entirely of half-baked zingers and enthusiastic snark. The scene concludes with Stallone declaring, “Rambo’s a pussy!”

Meanwhile, villain Jack Palance acts in a wholly different movie, one playing, it seems, entirely in his head, occasionally sniffing rats and delivering lines such as, “Ray Tango! How he loves to dance! He waltzes in and takes all my drugs, and then tangoes back out again!” Stallone dons specs and plays it intellectual. Kurt Russell wears a dress. And all the while Harold Faltermeyer’s synth score twangs and whines, a strange anthem to weird times. Jack Palance sniffs rats!

Tango & Cash began not as a screenplay but as a fevered notion — half story note, half deal memo — that flashed through the unique mind of legendary executive Jon Peters.

“I got a call from my then-agent at CAA [the Creative Artists Agency],” screenwriter Randy Feldman tells Empire. “He said, ‘You should go over to Guber-Peters. Jon has this idea about two cops and one gets involved with the other one’s sister. It’s kind of like The Quiet Man.’”

The IMDb’s plot summary of The Quiet Man, in which John Ford directed John Wayne in 1952, is as follows. “A retired American boxer returns to the village of his birth in Ireland, where he finds love.” If there ever was a scene in The Quiet Man in which John Wayne shoots a tanker full of cocaine, it ended up on Ford’s cutting-room floor. Feldman suspected that whatever was fermenting in Jon Peters’ imagination was unlikely to be anything like The Quiet Man.

“It did seem like something was off,” says Feldman. Nevertheless, he went to meet Peters and asked him what was on his mind. “Jon got kind of angry,” he remembers. “He yelled ‘What, you’ve got no ideas? Why are you wasting my fucking time?’ Jon is a very volatile, kind of difficult guy. He can have a single conversation with you that ranges from, ‘You motherfucker, I’m going to kill you, you’ll never work again,’ to, ‘Hey, we’re partners, I love you!’” 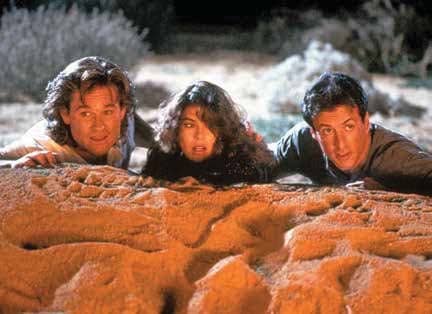 Finally, Peters remembered that it was he who had called the meeting. “He pitched me this thing that was rich cop/poor cop, East/ West side. They pal up, they go to jail. The idea didn’t seem that exciting to me. We’d already had Lethal Weapon… but there’s this idea of one-upmanship between them that I found interesting. But what really turns out is that he wants to put Stallone and Schwarzenegger in the same picture.” Indeed, Schwarzenegger would circle the project briefly. After a brief time with Patrick Swayze attached (he left to star in Roadhouse), the role finally went to Kurt Russell.